During last Friday's "Mad Money" host Jim Cramer outlined his game plan for this week. He said trading will hinge on the latest economic data and on what the Federal Reserve has to say about them. Cramer reminded viewers there's one thing he has learned over his career, and that's to never sell a bull market.

There's bound to be a lot of chatter on Monday about "growth versus value," Cramer said, but individuals should ignore it. Focus instead on finding high-quality companies that are doing well and your portfolio will be rewarded.

Cramer's game plan continues on Tuesday with the latest Producer Price Index (PPI) and earnings from Oracle (ORCL) . He said if we see strong inflation again with the PPI it may be hard for the Fed to ignore it. As for Oracle, many regard the company as a fossil, but in reality, it offers a lot of cutting-edge cloud solutions, Cramer said.

Let's check out the charts of Oracle. In our last review of ORCL back on March 9 we wrote, "I have no special knowledge of what numbers ORCL will report after the close of trading Wednesday, but the charts and indicators at this point in time remain bullish.  Raise sell stops to $62."

In this updated daily bar chart of ORCL, below, we can see that prices have rallied and reached our weekly Point and Figure target of $84. ORCL is trading above the rising 50-day moving average line and above the rising 200-day line. The On-Balance-Volume (OBV) line has moved higher to confirm the price action. The Moving Average Convergence Divergence (MACD) oscillator is back in a bullish alignment above the zero line.

In this weekly Japanese candlestick chart of ORCL, below, we see a mixed picture. Prices are in an uptrend above the rising 40-week moving average line, but the most recent candle pattern is a doji where the open and close are the same or nearly the same. This represents a balance between bulls and bears. A bearish candle this week would confirm a top reversal. A top reversal in candles could mean a sideways period of trading or it could mean a decline in price. The weekly OBV line is bullish and so is the MACD oscillator.

In this daily Point and Figure chart of ORCL, below, we can see that prices are in an uptrend and have exceeded a $69 price target. 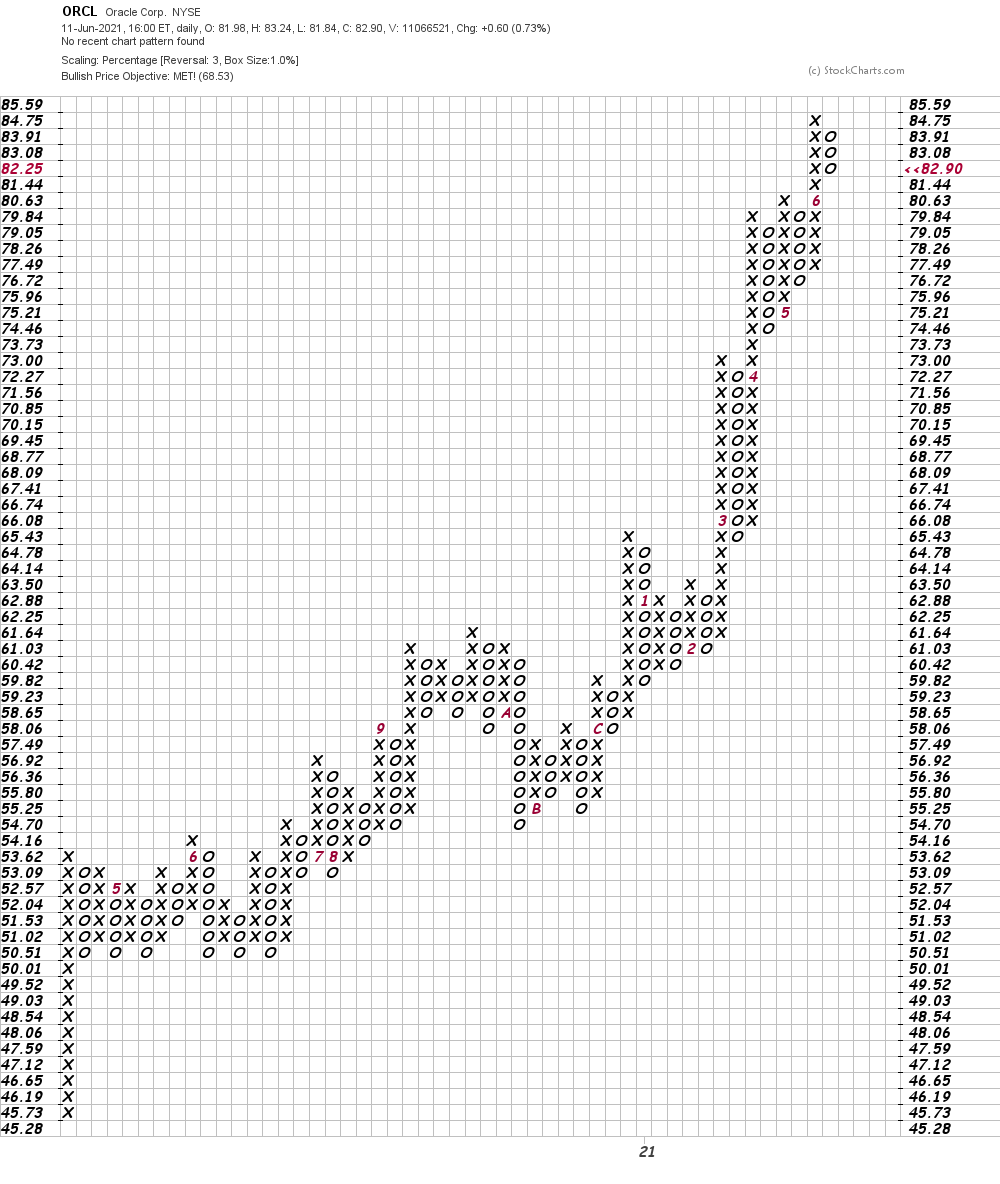 In this weekly Point and Figure chart of ORCL, below, we can see that our $85 price target has also been reached. 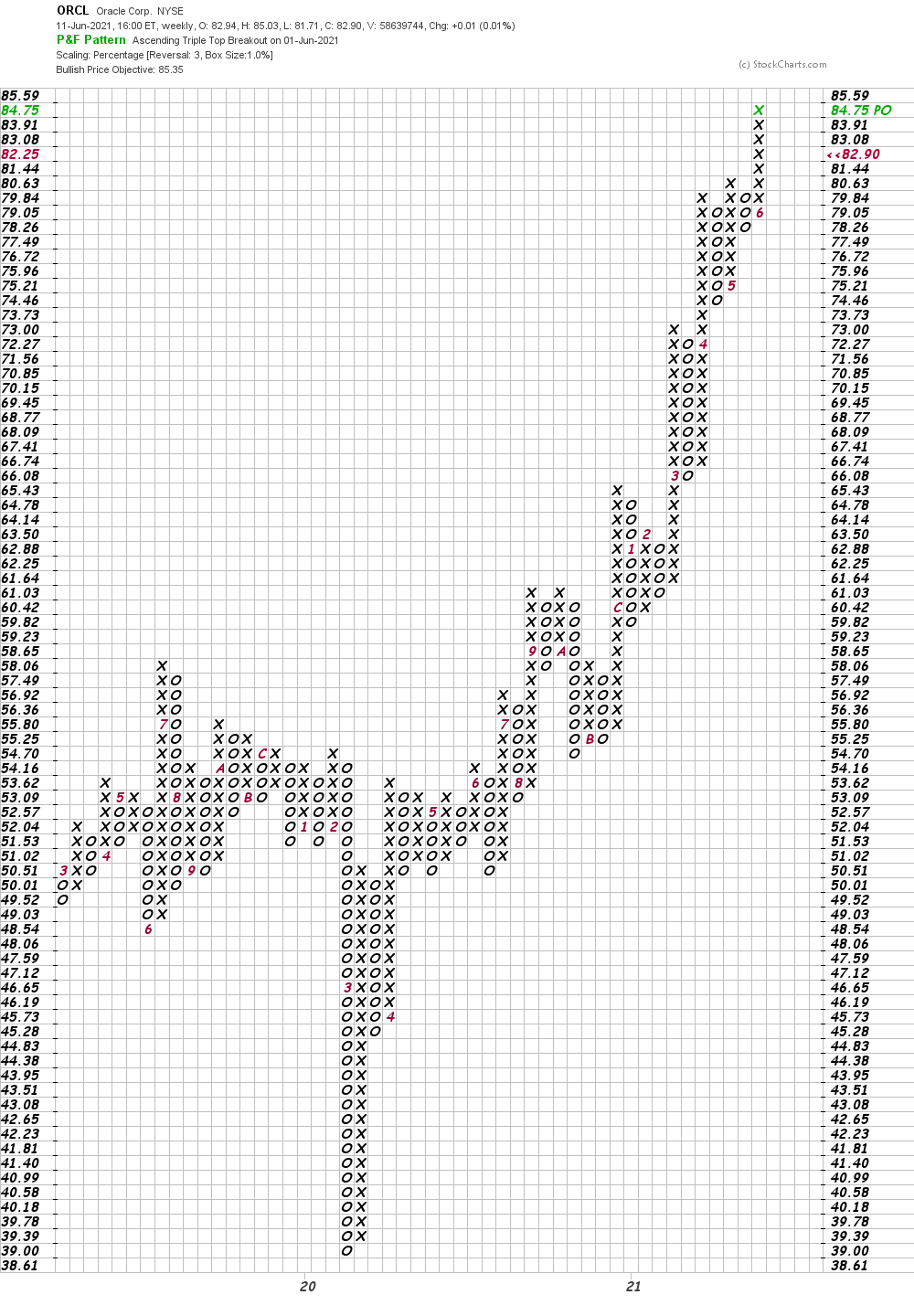 Bottom line strategy: I have no special knowledge of what ORCL is going to report for its latest quarterly numbers but a weekly doji pattern suggests we could see a period of sideways price action in the weeks ahead.

Get an email alert each time I write an article for Real Money. Click the "+Follow" next to my byline to this article.
TAGS: Investing | Stocks | Technical Analysis | Software & Services | Technology | Mad Money | Real Money | Earnings Preview