Copa Holdings (CPA) , a Latin American provider of airline passenger and cargo service, is expected to report their latest quarterly earnings numbers after the close of trading Wednesday.

In our May 13 review of CPA, we wrote that "I pay attention to what fundamental analysts are saying but I don't ignore the power of charts and technical indicators. CPA could bounce for a few days or more but the risk is a break of $64 and still further declines. Avoid the long side of CPA for now."

Let's check the flight pattern of the charts again.

In the daily bar chart of CPA, below, we can see that the shares weakened when they broke below $64 in June. Prices recovered in July and August and then have moved sideways in the past three months. CPA has crossed back and forth around the 50-day and the 200-day moving average line.

The daily On-Balance-Volume (OBV) line has moved sideways since early August and appears to be in balance with bulls and bears. The Moving Average Convergence Divergence (MACD) oscillator has weakened since August and tells us that the trend strength is weakening.

In the weekly Japanese candlestick chart of CPA, below, we can see that the shares have moved sideways to lower in the past two years. Prices are trading above the declining 40-week moving average line -- not the alignment we would want to see. A positive trend would be to trade above the rising 40-week line.
The weekly OBV line made a low in June but the improvement has been uneven. The MACD oscillator is just slightly above the zero line and a new outright buy signal.

In this daily Point and Figure chart of CPA, below, we can see an upside price target in the $87 area. 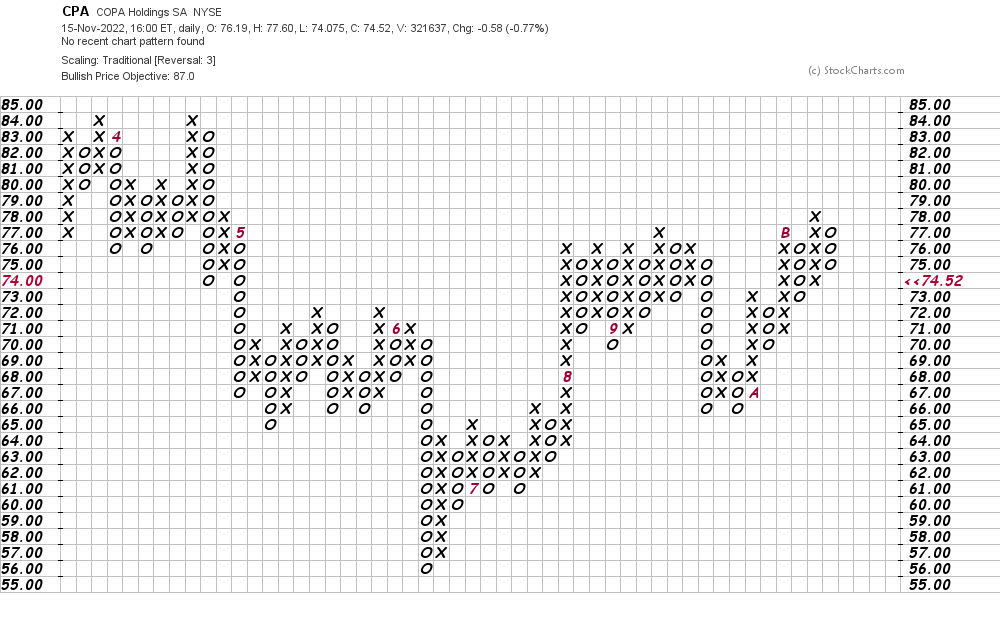 In this second Point and Figure chart of CPA, below, we used weekly price data. Here the chart suggests that the X's and O's can support a rally to the $102 area. 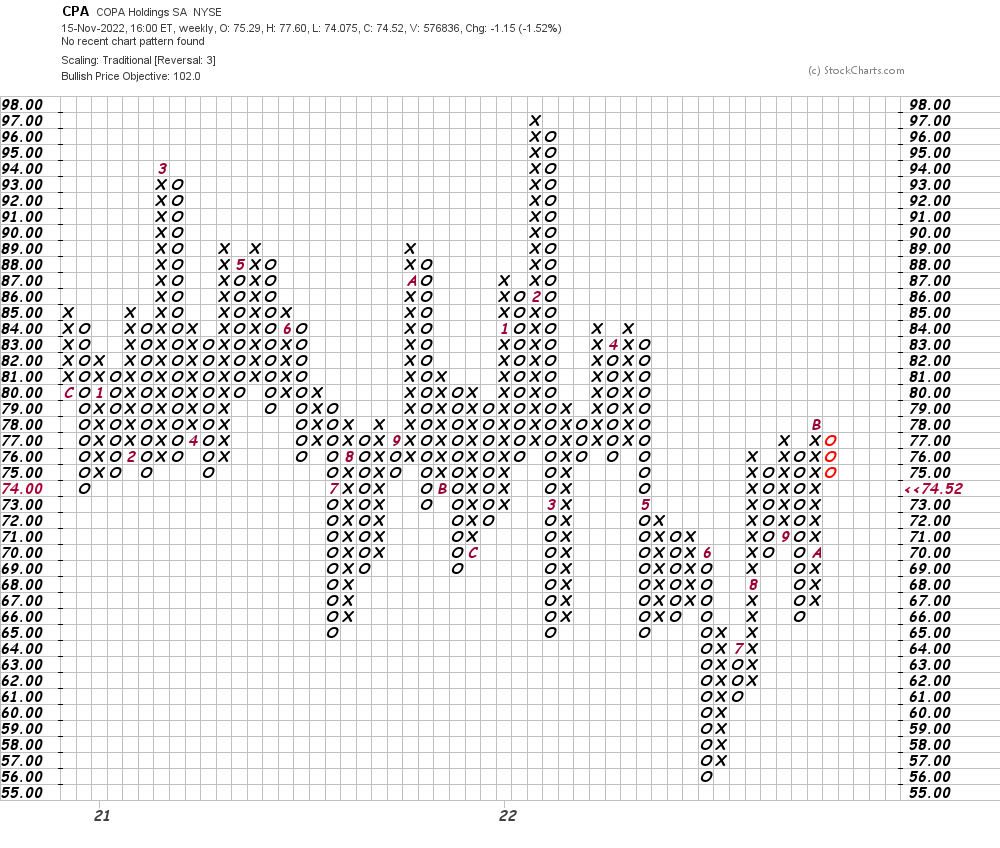 Bottom-line strategy: I have no special knowledge of what CPA is going to tell shareholders Wednesday evening but the overall picture from the charts is mostly positive.
Get an email alert each time I write an article for Real Money. Click the "+Follow" next to my byline to this article.
TAGS: Investing | Stocks | Technical Analysis | Airlines | Transportation | Earnings Preview