Constellation Brands Inc. (STZ) pushed higher in early trading after fourth-quarter earnings per share bested even the highest estimate turned in by analysts. That price strength did not last long, however. When a security ignores bullish news I take that as a sign of weakness.

In the daily Japanese candlestick chart of STZ, below, we can see that prices were roughly cut in half in a few short weeks. Prices bounced back part way and then pulled back again. Thursday's candle pattern looks like a bullish hammer formation but we are not getting a confirming bullish candle pattern Friday (at least not so far).

The volume pattern is not particularly constructive and volume was light on the bounce. The On-Balance-Volume (OBV) line is not showing a good return of aggressive buying and the Moving Average Convergence Divergence (MACD) oscillator is narrowing after a cover shorts buy signal.

In the weekly bar chart of STZ, below, we can see that prices are testing levels not seen since 2015. The next potential area of support might be around $90 if investors still remember it.
The weekly OBV line is amazingly steady but the MACD oscillator is buried below the zero line.

In this Point and Figure chart of STZ, below, we used daily price data, which shows a potential downside price target in the $88 area. 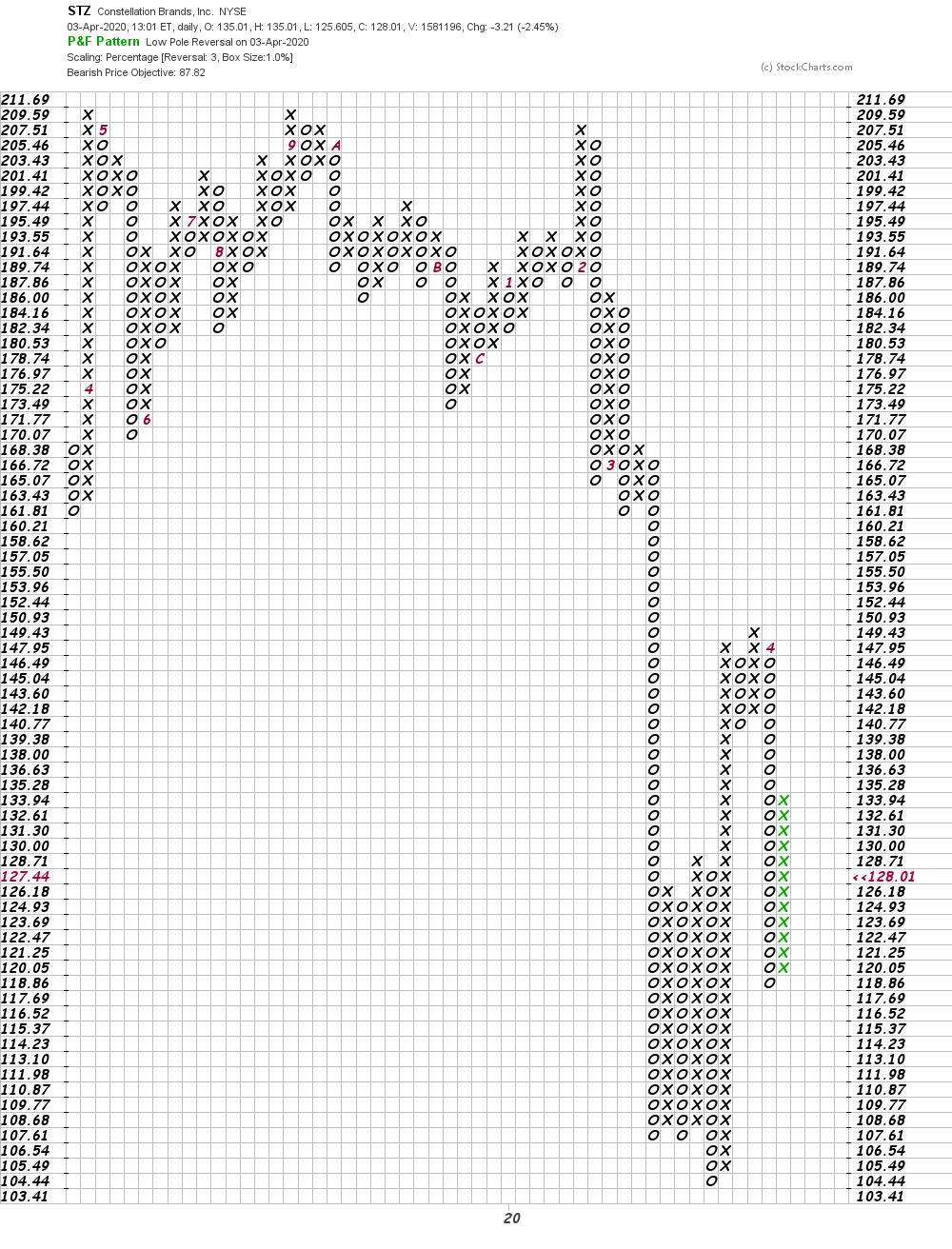 Bottom-line strategy: STZ might be lower Friday because of weakness in the major averages or it could be weak because traders do not expect last quarter's strong numbers to be beaten. Things could change, but for now the charts of STZ suggest we could see further weakness ahead. Avoid the long side for now.
Get an email alert each time I write an article for Real Money. Click the "+Follow" next to my byline to this article.
TAGS: Earnings | Investing | Stocks | Technical Analysis | Beverages