Prince said that Cloudflare's mission has always been to build a better Internet and over the past nine months, the Internet has become more important than ever. Cloudflare's customers have come to depend on Cloudflare for fast, reliable services.

When asked about security, Prince explained that technology is moving toward a "no-trust" architecture that won't give hackers access to the entire network after just a single logon. Instead, users will be compartmentalized, able to only see what they need to see.

In our November review we thought it was a good time to take profits. Let's check out the charts and indicators to see what is going on with NET.

In the daily Japanese candlestick chart of NET, below, we can see that the shares stalled for much of November but then climbed to new highs in December. The picture is now mixed. The shares have encountered some profit-taking and resistance around $85 -- notice the upper shadow last week?

The trading volume has been diminishing since the middle of October and the On-Balance-Volume (OBV) line has continued to strengthen, telling us that buyers of NET have remained more aggressive. The Moving Average Convergence Divergence (MACD) oscillator crossed to the downside last week for a take profits sell signal.

In the weekly Japanese candlestick chart of NET, below, we see that the candles are potentially bearish while the western technicals are still positive. The first week of December we see an upper shadow above $85 and last week could be a bearish hammer formation. Confirmation is needed this week.

The 40-week moving average line is bullish but prices are double the level of the average and therefore considered overbought. The weekly OBV line is bullish and so is the MACD oscillator.

In this daily Point and Figure chart of NET, below, we can see a potential upside price target in the $112 area but we can also see that a trade at $78.26 is likely to weaken this chart. 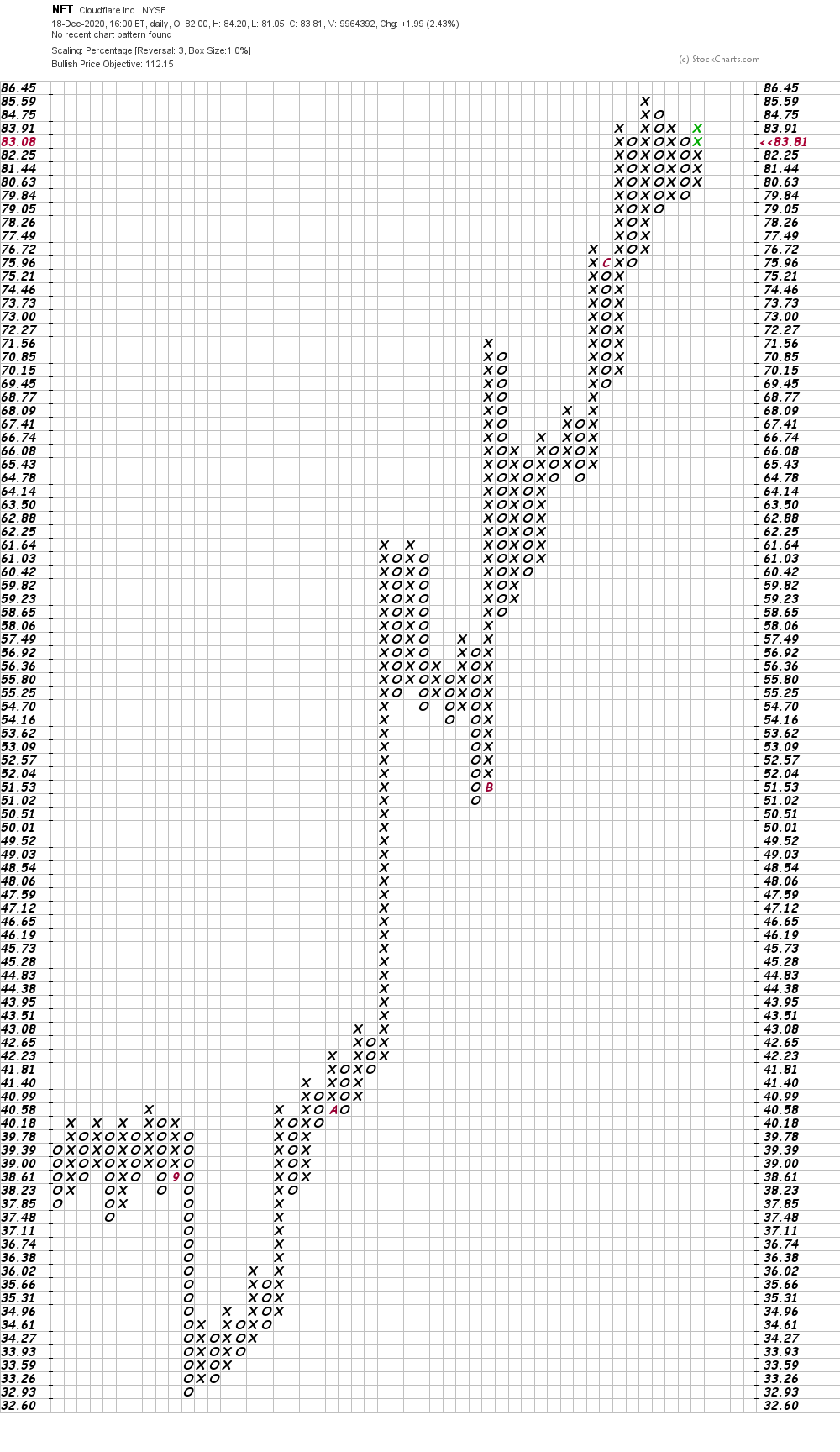 Bottom-line strategy: NET went higher after our recommendation to sell so we left money on the table. With some potentially bearish candlestick patterns over the past two weeks and the broader market showing weakness this Monday morning, a cautious stance for the next several weeks still seems like a good idea.