The company was also able to raise prices to help offset rising commodity costs, a move that helped boost its gross margins. Dorer noted that only 17% of Clorox's sales come from overseas, putting it in a unique position in the industry. Clorox continues to invest in the U.S., where, he said, there remains a strong, stable consumer that is responding well to the innovations the company continues to deliver.

Dorer was excited about Hidden Valley Ranch, a brand that is no longer just for salads, he said. Hidden Valley dressing has now become a condiment, he noted, and is being used as a dip for a variety of items, including chicken wings (think the Super Bowl). Clorox also continues to invest in e-commerce, Dorer said, and online sales grew to 8% of total sales in the quarter.

Let's check out the charts this morning.

In the daily bar chart, below, we can see that buyers of CLX have been attracted to the stock at and below $145 in August, October, December and last week. The decline last week could be considered a retest of the rising 200-day moving average line. Monday we saw CLX gap above the declining 50-day moving average line on heavy volume. There is just a minimal amount of overhead chart resistance in the $160-$167 area from November/December.

The movement of the daily On-Balance-Volume (OBV) line tells us a lot about the strength of the uptrend. The OBV line rises strongly from May to late November to confirm the price rally from April to December from below $115 to over $165. The OBV line declines modestly from late November to last week and stages a recent strong move up suggesting that aggressive buying has returned.

The Moving Average Convergence Divergence (MACD) oscillator shows two cover shorts buy signals in January and this month we could see an outright go long signal if the oscillator crosses the zero line. 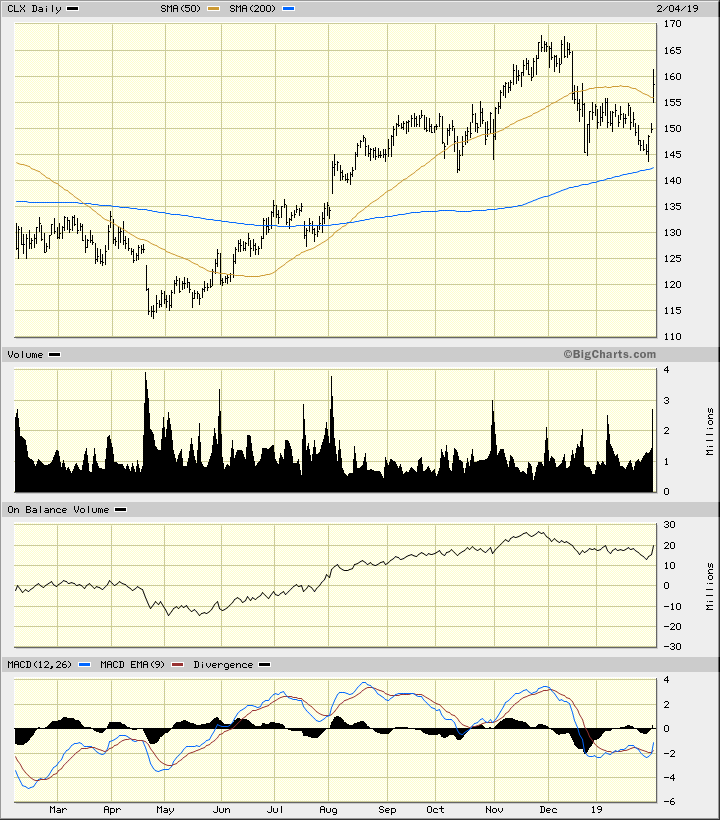 In the weekly bar chart of CLX, below, we see that the indicators are pointing higher. CLX is above the rising 40-week moving average line. The weekly OBV line shows a rising pattern the past three years and that is a strong statement that buyers have been accumulating shares of CLX consistently.

The trend-following MACD oscillator is above the zero line in a take profits sell mode but the two moving averages that make up the indicator have narrowed. A fresh buy signal could be seen in the next few weeks. 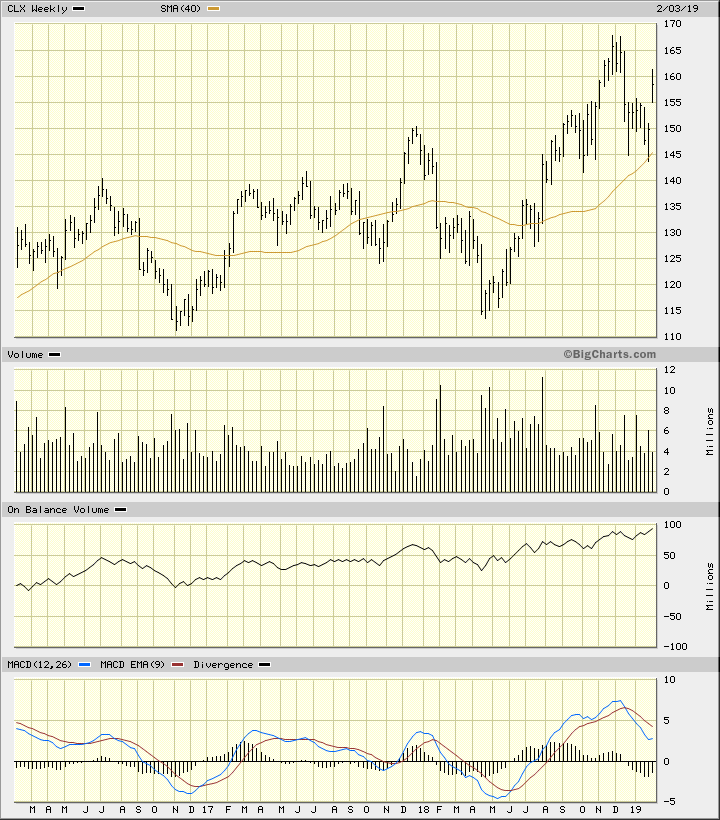 In this Point and Figure chart of CLX, below, we have no price gaps and we ignore volume and time. A longer-term price target of $193.87 is being projected. 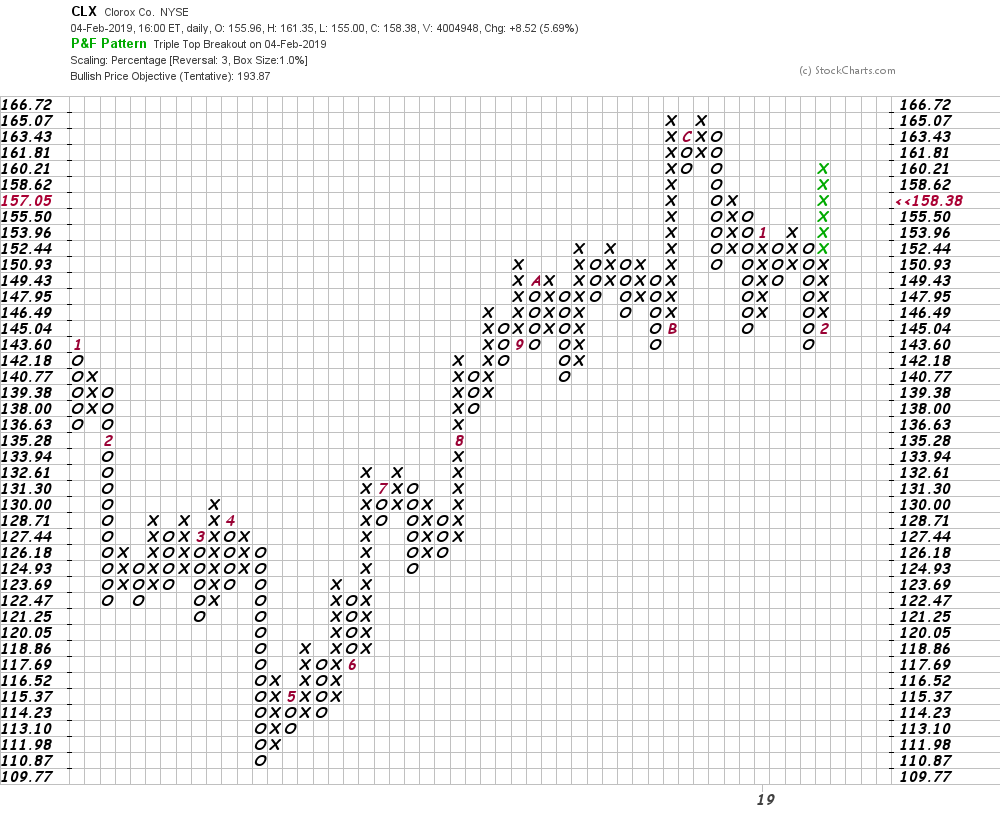 Get an email alert each time I write an article for Real Money. Click the "+Follow" next to my byline to this article.
TAGS: Earnings | Investing | Stocks | Technical Analysis | Mad Money | Executive Interview | Consumer Discretionary