During Thursday night's Mad Money "Lightning Round" Jim Cramer had this to say about Cisco Systems, Inc. (CSCO) : "I think they're doing a terrific job." That is probably true but stocks move on what people anticipate and it looks like some investors are anticipating a shift ahead for CSCO.

The daily On-Balance-Volume (OBV) line moved up with price from January to late April but is has since turned down and suggests that sellers of CSCO are now more aggressive than the buyers.

The Moving Average Convergence Divergence (MACD) oscillator has been in a take profits mode from early March and is now close to crossing below the zero line for an outright sell signal.

In the weekly bar chart of CSCO, below, we can see some technical slippage. Yes prices are still above the rising 40-week moving average line but the weekly OBV line has weakened and the MACD oscillator has narrowed toward a bearish crossover to the downside.

In the Point and Figure chart of CSCO, below, we can see that prices have reached a previous price target. A trade at $51.53 would be bearish and could open the way to a decline to the $48 area or lower. 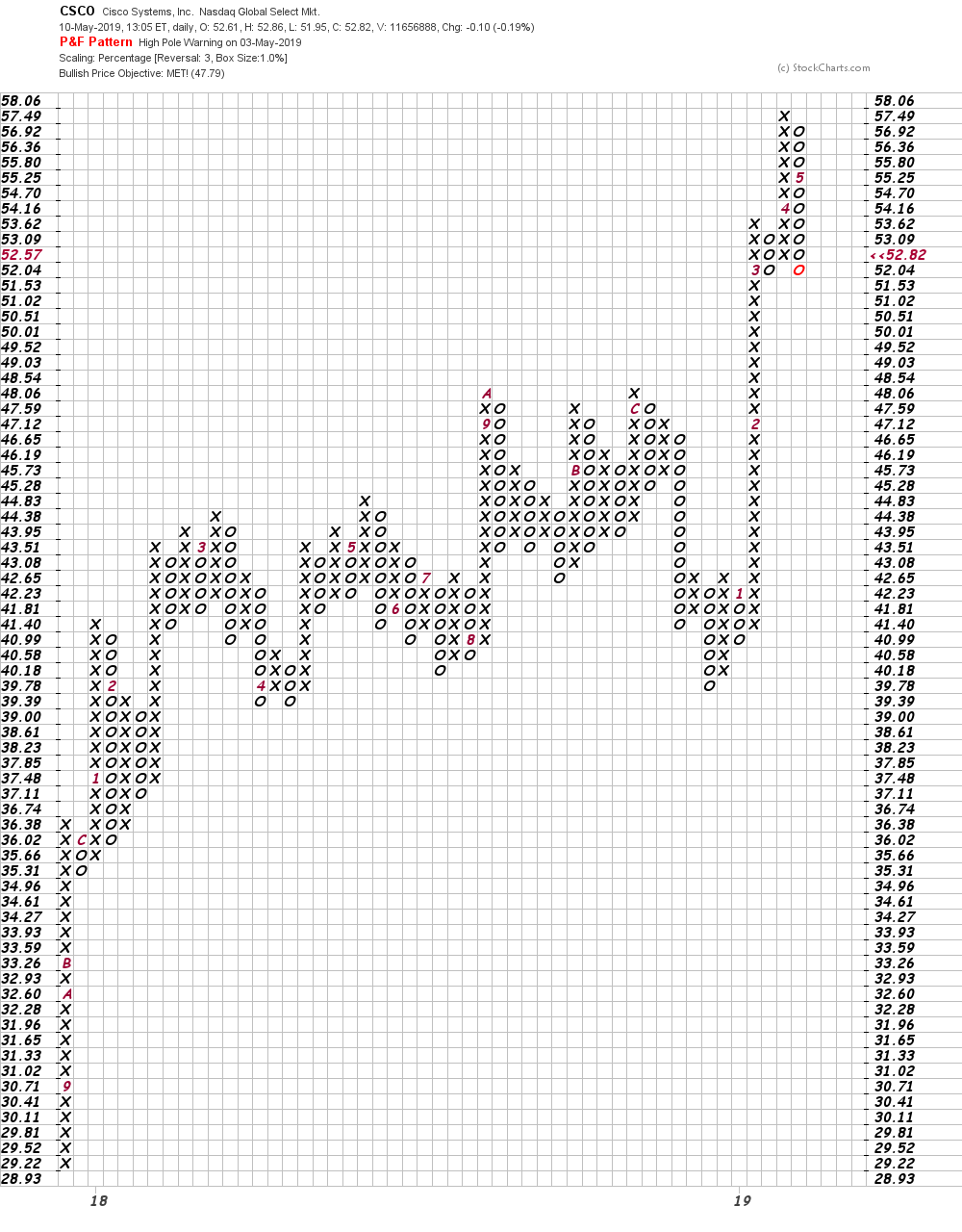 Bottom-line strategy: CSCO rallied from $40 straight up to $57 in the blink of an eye so a meaningful correction is kind of expected. Prices are likely to revisit the $48 area but in this current market environment we can't be sure support will in fact develop.

Get an email alert each time I write an article for Real Money. Click the "+Follow" next to my byline to this article.
TAGS: Investing | Stocks | Technical Analysis | Semiconductors & Semiconductor Equipment | Technology Hardware & Equipment | Telecommunications | Mad Money