In a scan of "stocks on the move" Tuesday I noticed that Cisco Systems  (CSCO) was in the midst of breaking a key support area. CSCO had bounced off of the $52 area a number of times in the past several months so I searched around for a catalyst for a break of this support level. It did not take long to find out that a fundamental analyst at Citibank went to "sell" from "hold."

In the daily bar chart of CSCO, below, we see that the shares were trying to hold around $54 the past two months. Prices have sunk towards $52 and lower -- a level probed only a few times since June. A close below $52 is likely and could well precipitate further declines. The slope of the 50-day moving average is negative and the 200-day line is cresting.

The On-Balance-Volume (OBV) line has been choppy to lower this year so far. The Moving Average Convergence Divergence (MACD) is turning down from below the zero line.

In the weekly Japanese candlestick chart of CSCO, below, we see a bearish picture. Prices are trading below the cresting 40-week moving average line.
The weekly OBV line is neutral while the MACD oscillator is bearish.

In this daily Point and Figure chart of CSCO, below, we can see that prices have made a new low for the move down and a $47 price target is now shown. 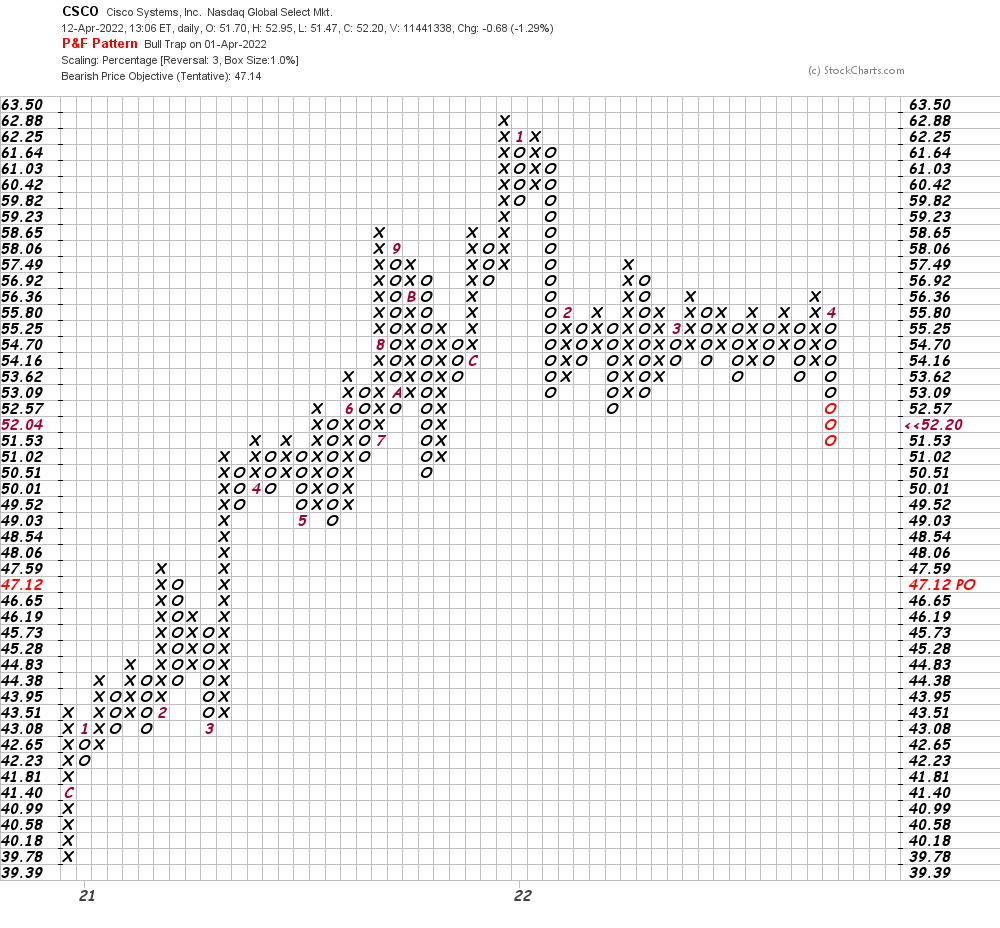 In this weekly Point and Figure chart of CSCO, below, we used a five-box reversal filter. This chart shows a possible target in the $41-$40 area. 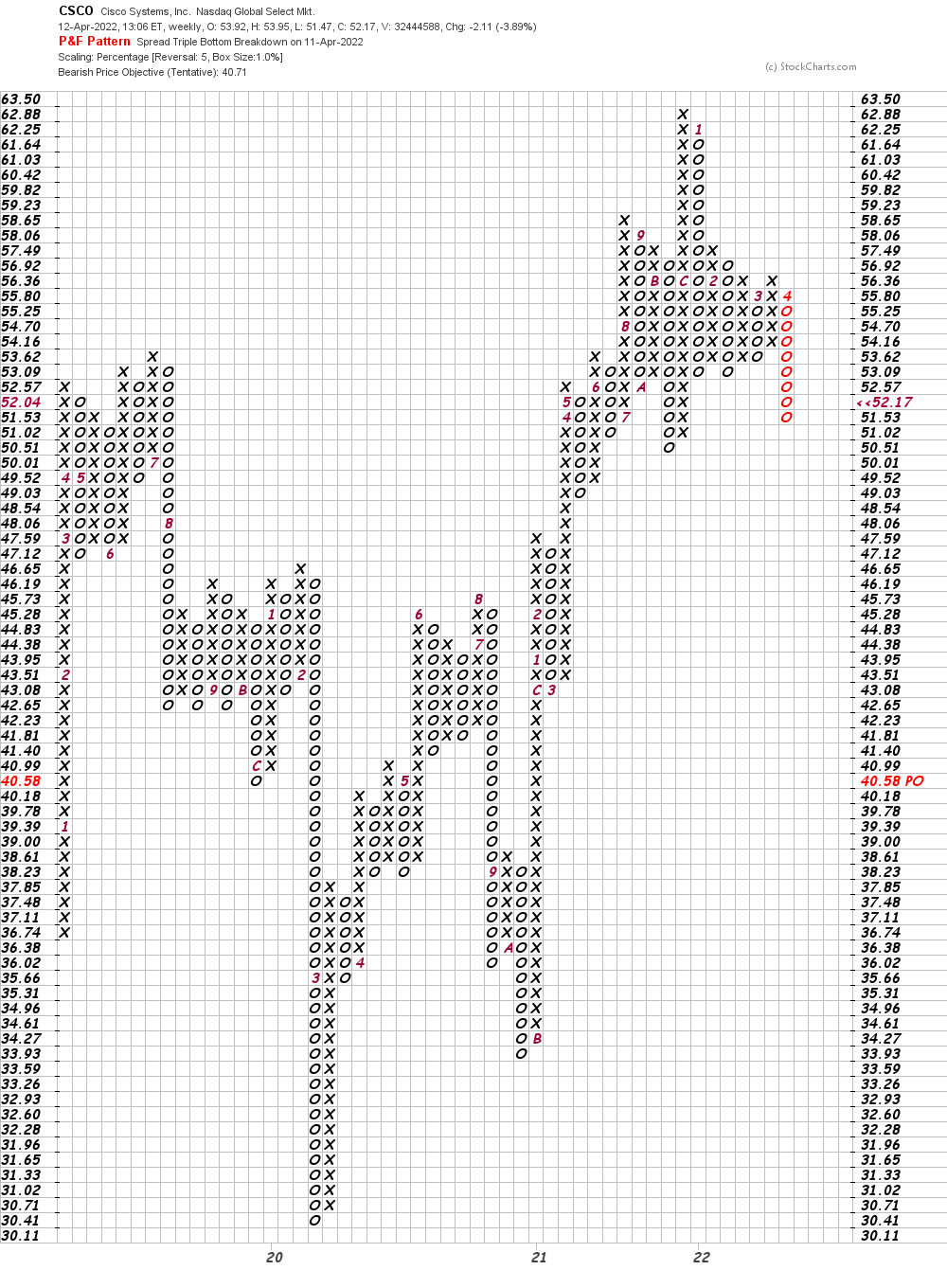 Bottom-line strategy: It is not a good combination when the fundamental analyst says to sell and the technical analyst is bearish with downside price targets. Avoid the long side of CSCO.
(CSCI is a holding in the Action Alerts PLUS member club . Want to be alerted before AAP buys or sells this stock? Learn more now. )
Get an email alert each time I write an article for Real Money. Click the "+Follow" next to my byline to this article.
TAGS: Investing | Stocks | Technical Analysis | Software & Services | Technology | Technology Hardware & Equipment | Analyst Actions