Jim Cramer noted Monday morning in a Real Money column that Chipotle Mexican Grill (CMG) is a double-digit grower that is accelerating and has no Chinese exposure. Let's check out the charts and indicators this morning to see if the charts agree.

In the daily bar chart of CMG, below, we can see a very impressive rally from late December to now. The price of CMG is above the rising 50-day moving average line and the rising 200-day line. I would consider CMG extended versus the 200-day line. The volume pattern is uneven and is not increasing on the rally.

The On-Balance-Volume (OBV) line turned up from late December with the price action, which is bullish but the OBV line has been mostly flat the past two months while prices continued to rally. This difference in movement is a bearish divergence.

The Moving Average Convergence Divergence (MACD) oscillator is above the zero line but the two moving averages that make up this indicator have been narrowing and could soon generate a take profits sell signal.

In the weekly bar chart of CMG, below, we can see a mixed picture. Prices have risen three-fold since early 2018, which is very impressive. CMG is above the rising 40-week moving average line and it is at the widest distance of the past three years.

The weekly OBV line has been bullish from early 2018 but it has failed to move above the March 2019 high to confirm the price gains. The MACD oscillator has been in a take profits mode since March but its next move should be watched closely.

In this Point and Figure chart of CMG, below, we can see an upside price target but we can also see that prices are extended and a decline to $727 would probably weaken the chart picture. 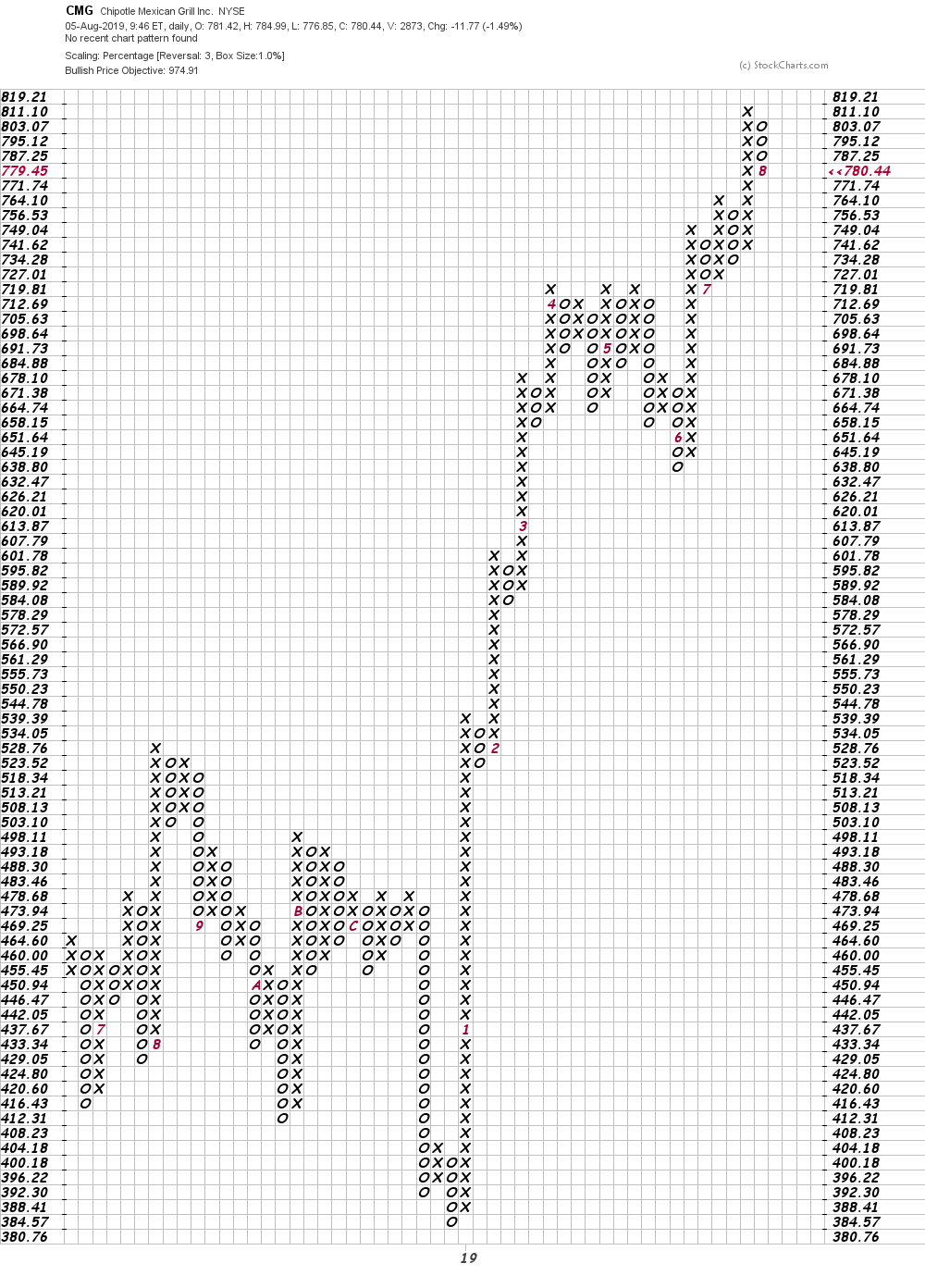 Bottom-line strategy: CMG is in an uptrend but the uptrend is extended when compared to the popular moving averages. Investors and traders should become more defensive if CMG closes below $720 as this would break nearby support and the 50-day moving average line.

Get an email alert each time I write an article for Real Money. Click the "+Follow" next to my byline to this article.
TAGS: Investing | Stocks | Technical Analysis | Restaurants