During Thursday's Lightning Round segment of Mad Money one caller asked Jim Cramer about Chewy Inc. (CHWY) . "I'm partial to the company, but it's hard to value and has run up a bit too much to buy it right now," Cramer replied.

We last reviewed the charts of CHWY way back on June 10 and wrote that, "My youngest son and daughter-in-law have several pets and have been ordering from Chewy from before the pandemic. Pets rule? I don't know about that but the charts and indicators of CHWY are bullish. Traders could go long CHWY at current levels risking a close below $44 with a potential upside price target in the $80 area."

The shares have nearly reached our $80 price target so let's check out the charts again.

The On-Balance-Volume (OBV) line tells us the right story with its message of aggressive buying. The Moving Average Convergence Divergence (MACD) oscillator has been above the zero line for most of the time since March.

In the weekly bar chart of CHWY, below, we do not have our usual three years of history but what does show is bullish. Prices are in an uptrend above the rising 40-week moving average line.
The weekly OBV line is bullish but with a slowing phase in the past two months. The MACD oscillator has a bullish alignment.

In this daily Point and Figure chart of CHWY, below, we can see a potential upside price target in the $110 area. 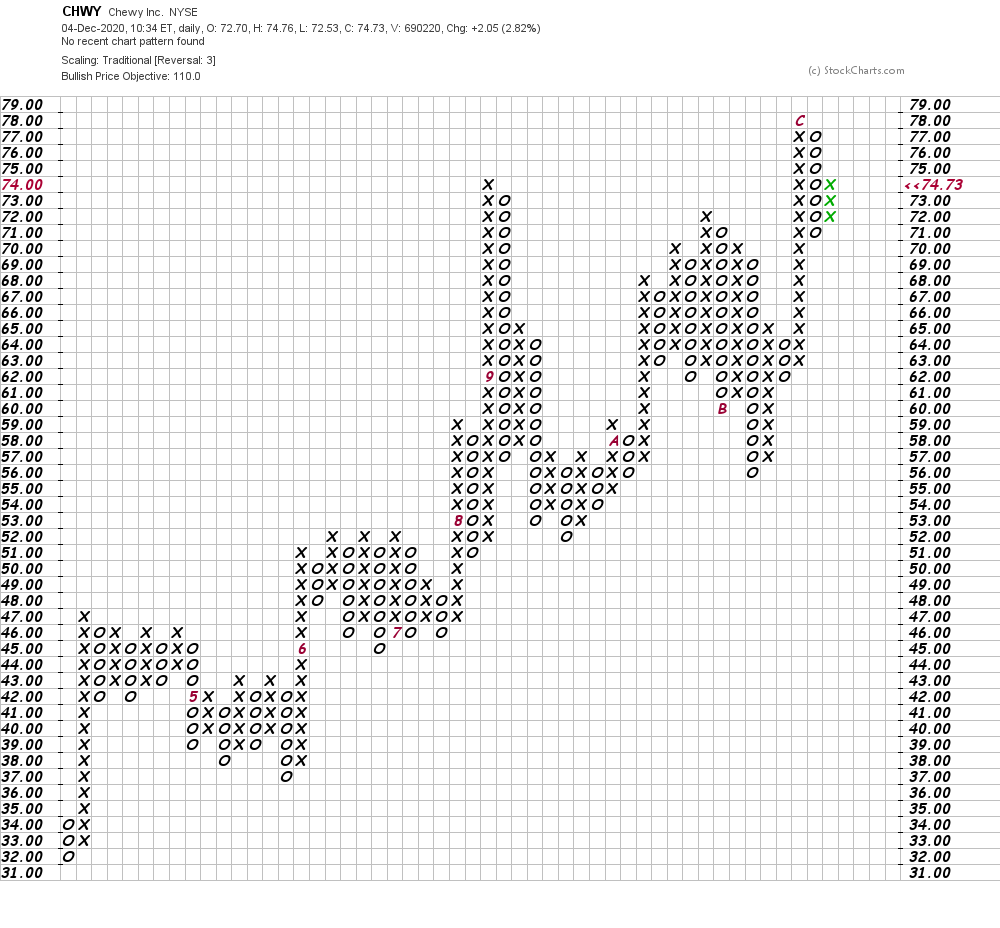 Bottom-line strategy: The charts of CHWY suggest that further gains to the $110 area possible. Risk to $60 on existing longs and new longs.
Get an email alert each time I write an article for Real Money. Click the "+Follow" next to my byline to this article.
TAGS: Investing | Stocks | Technical Analysis | E-Commerce | Mad Money | Consumer Products