In our June 1 review of Chewy (CHWY)  we wrote that, "the charts are still bearish and lack enough positive clues to warrant taking a long position at this point in time. Stand aside." Time for another look.

The trading volume had a huge spike in early June and the On-Balance-Volume (OBV) line began a rise in early June to identify a shift from aggressive selling to aggressive buying. The Moving Average Convergence Divergence (MACD) oscillator is above the zero line but poised for a downside crossover and a potential take profit sell signal.

In the weekly Japanese candlestick chart of CHWY, below, we can see some lower shadows in May telling us that traders were rejecting the lows. Prices are close to testing the declining 40-week moving average line.
The weekly OBV line shows a low in May and some modest improvement. In this weekly MACD oscillator we can see that prices have crossed upwards for a cover shorts buy signal.

In this daily Point and Figure chart of CHWY, below, we can see a potential upside price target in the $64 area. A trade at $45.73 is needed to refresh the uptrend. 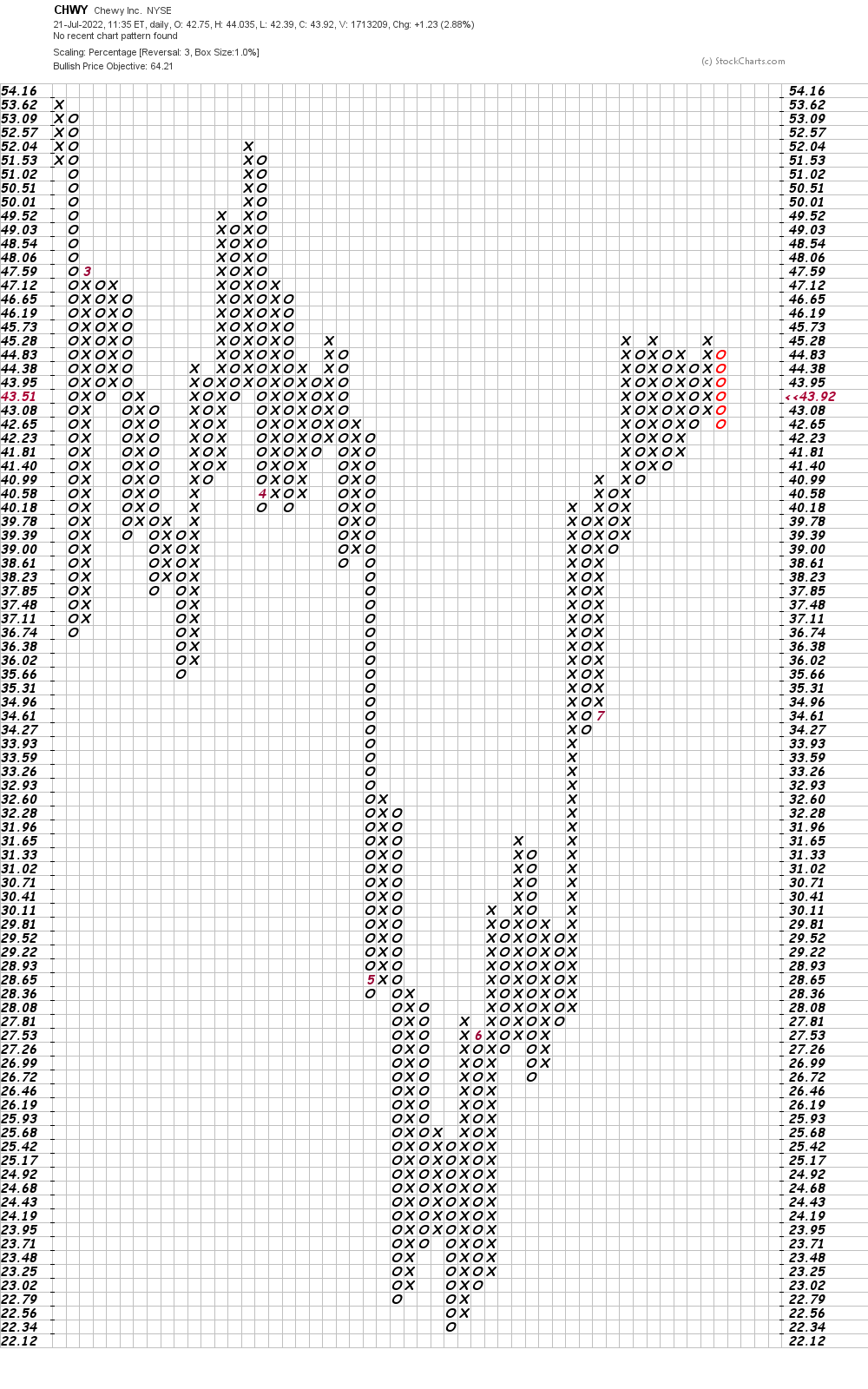 Bottom-line strategy: Traders could probe the long side of CHWY on a dip towards $40 if available. Risk to $35. The $64 area is our price target.
Get an email alert each time I write an article for Real Money. Click the "+Follow" next to my byline to this article.
TAGS: Investing | Stocks | Technical Analysis | Pets | E-Commerce