Video game company Take-Two Interactive Software (TTWO) is set to report their latest quarterly earnings figures on Monday after the closing bell. Let's "double check" on the condition of the charts and indicators ahead of the figures.

In the daily bar chart of TTWO, below, we can see that the shares declined rapidly into a May low. A rebound rally followed but prices have stalled in the past two months. TTWO is in a sideways pattern which could breakout on the upside or the downside.

In the weekly Japanese candlestick chart of TTWO, below, we see a "so so" picture. Prices are trading below the declining 40-week moving average line. The patterns are mixed and not really strong with white real bodies.

The weekly OBV line jumps up from early May but then turns neutral. The MACD oscillator crosses to a cover shorts buy signal.

In this daily Point and Figure chart of TTWO, below, we can see a downside price target in the $105 area. 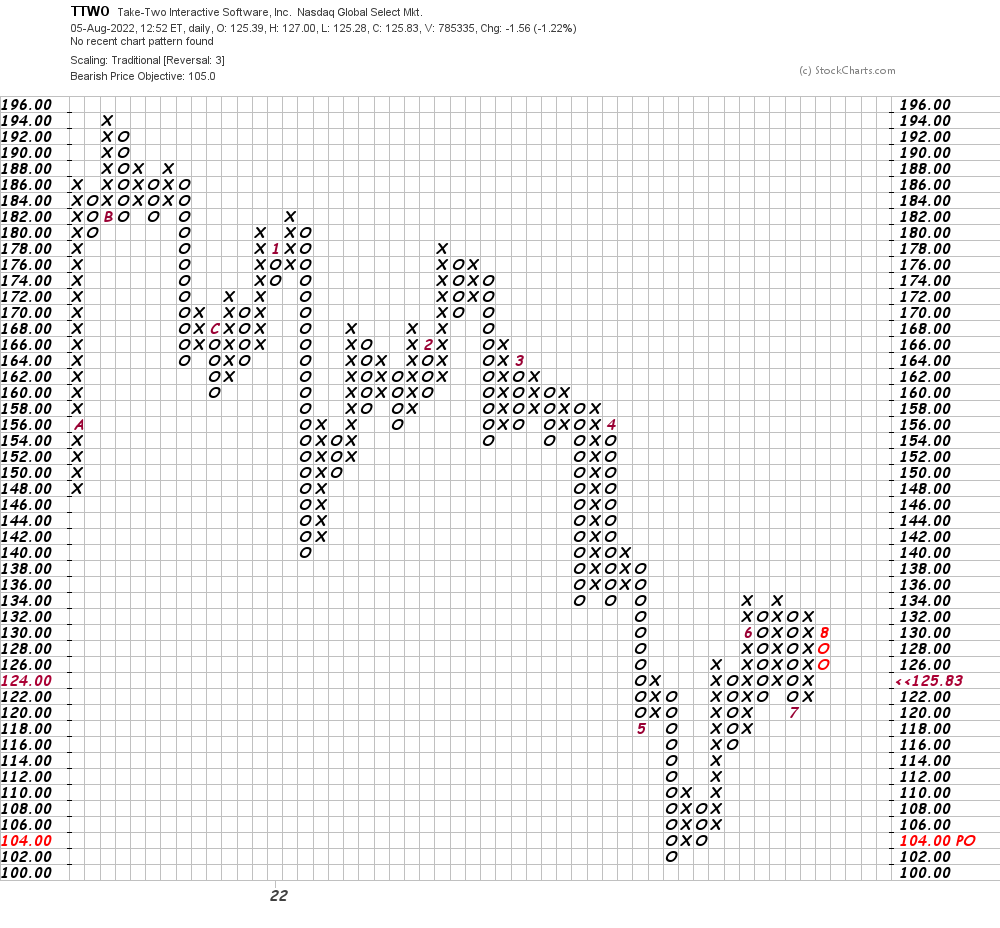 In this weekly Point and Figure chart of TTWO, below, we can see the same downside price target of $105. 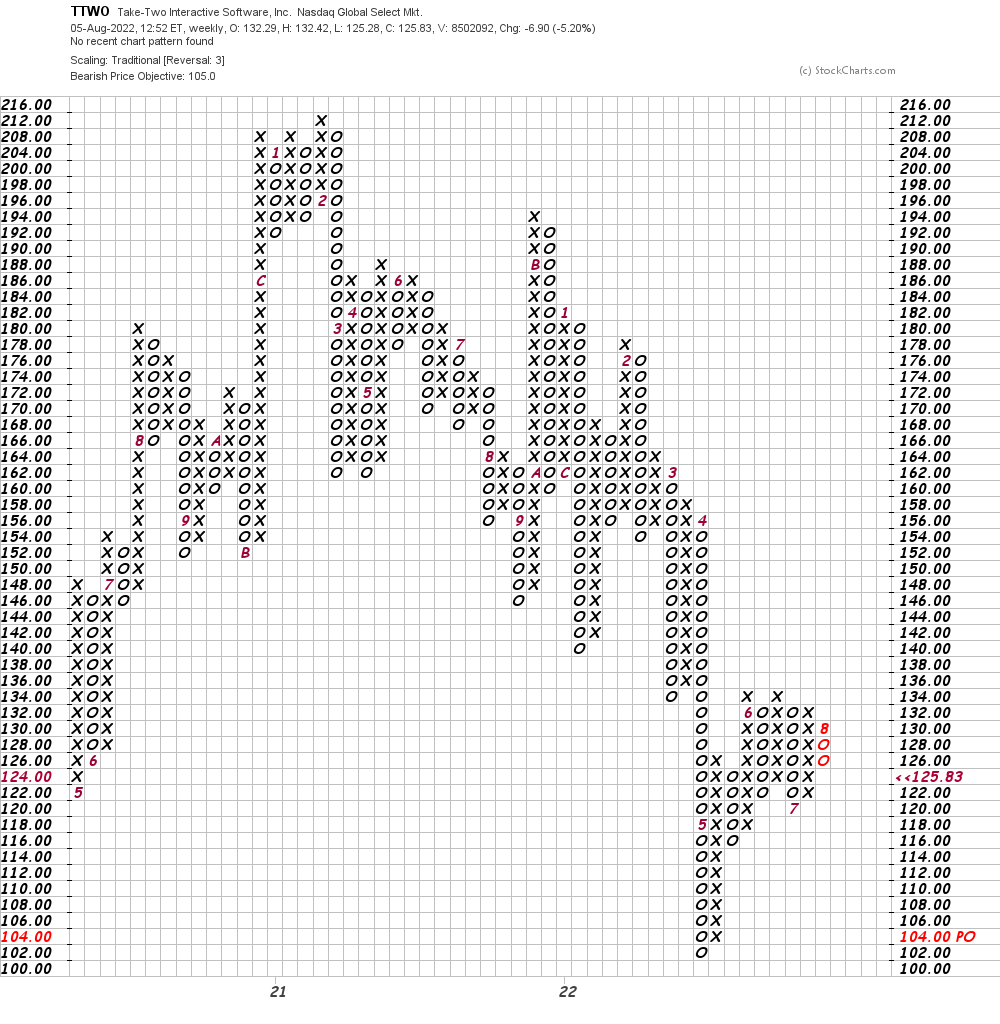 Bottom-line strategy: The risk in the days and weeks ahead is that TTWO could retest its May low. Avoid the long side of TTWO.

Get an email alert each time I write an article for Real Money. Click the "+Follow" next to my byline to this article.
TAGS: Investing | Stocks | Technical Analysis | Software & Services | Gaming | Earnings Preview