The charts of the major equity indices have suffered further damage with all now in short-term downtrends as breadth continues to deteriorate.

However, as the charts are negative the data has turned slightly encouraging and the forward 12-month earnings estimates for the S&P 500 just saw a notable lift.

All of the indices closed lower Tuesday with negative internals on heavier trading volume.

The stochastic levels, however, are now oversold on all but the S&P and Nasdaq 100, but have not given "bullish crossover signals" at this point.

High "volume at price" (VAP) levels are supportive on all but the Dow Transports where it is resistant. 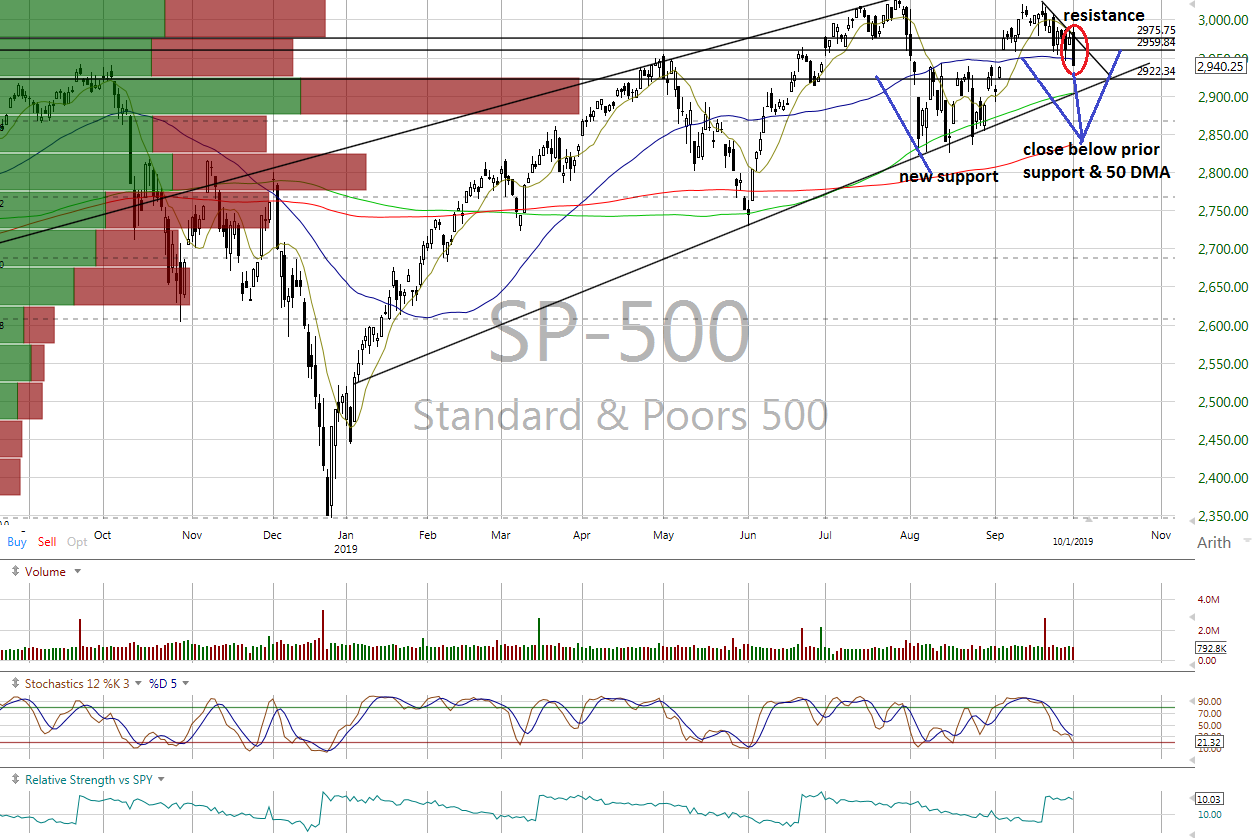 All of the one-day McClellan Overbought/Oversold Oscillators are now in oversold territory (All Exchange:-69.42 NYSE:-58.59 Nasdaq:-82.3). We would note they are capable of readings sometimes well below -100.

The detrended Rydex Ratio (contrary indicator) is a neutral +0.37 as is the percentage of S&P 500 stocks trading above their 50-day moving averages dipping to 48.1%.

Valuation seems appealing given the sizable lift in forward 12-month earnings estimates for the S&P 500 to $175.24 from $170.55 per share this morning, via Bloomberg. This leaves the forward P/E multiple at 16.8x while the "rule of twenty" finds fair value at 18.4x.

While valuation appears to have improved and some oversold conditions have been generated, the charts and poor market breadth suggest we maintain our near-term "neutral/negative" outlook for the major equity indices.