Ten years on from the Great Recession, the regulatory risk on Wall Street has not come too far out of focus.

The CEOs of numerous major banks in the United States are set to appear before the House Financial Services Committee tomorrow to assess the adjustments each have made in compliance and safety over those years to avoid a similar disaster.

So far, each CEO has generally argued that the financial system is on as firm a footing as ever as liquidity requirements and Dodd-Frank rules have worked to stabilize the industry.

However, judging by the stats produced in the House Finance Committee's ahead of the hearing, this argument could be quickly challenged.

"The U.S. [Global Systemically Important Banks] G-SIBs, along with the rest of the banking sector, have made record profits in recent years," a report from chairwoman Maxine Waters reads. "In 2018, the six largest U.S. banks made more than $111 billion in profits. However, these institutions have faced a long list of compliance breakdowns since the financial crisis." 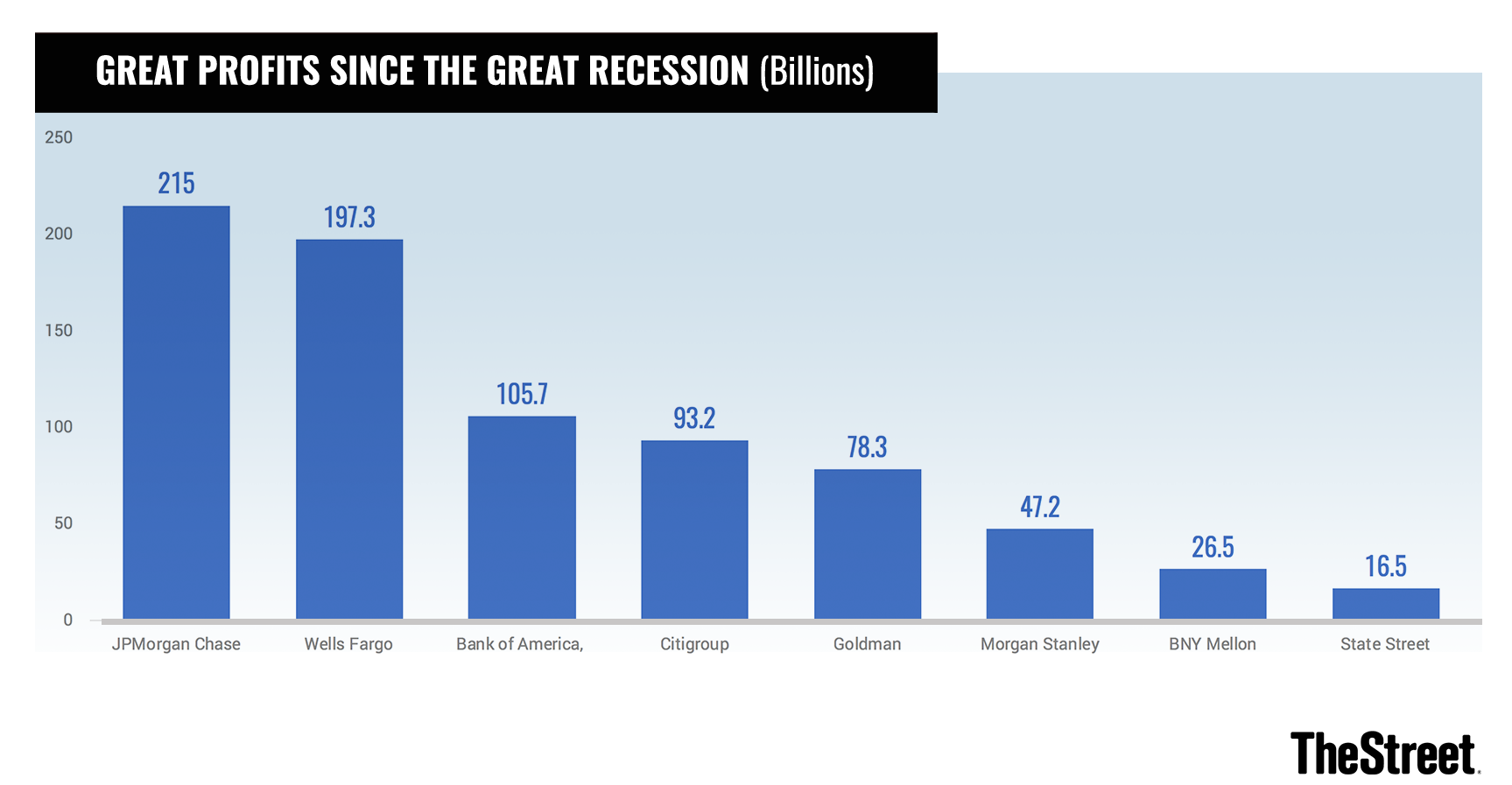 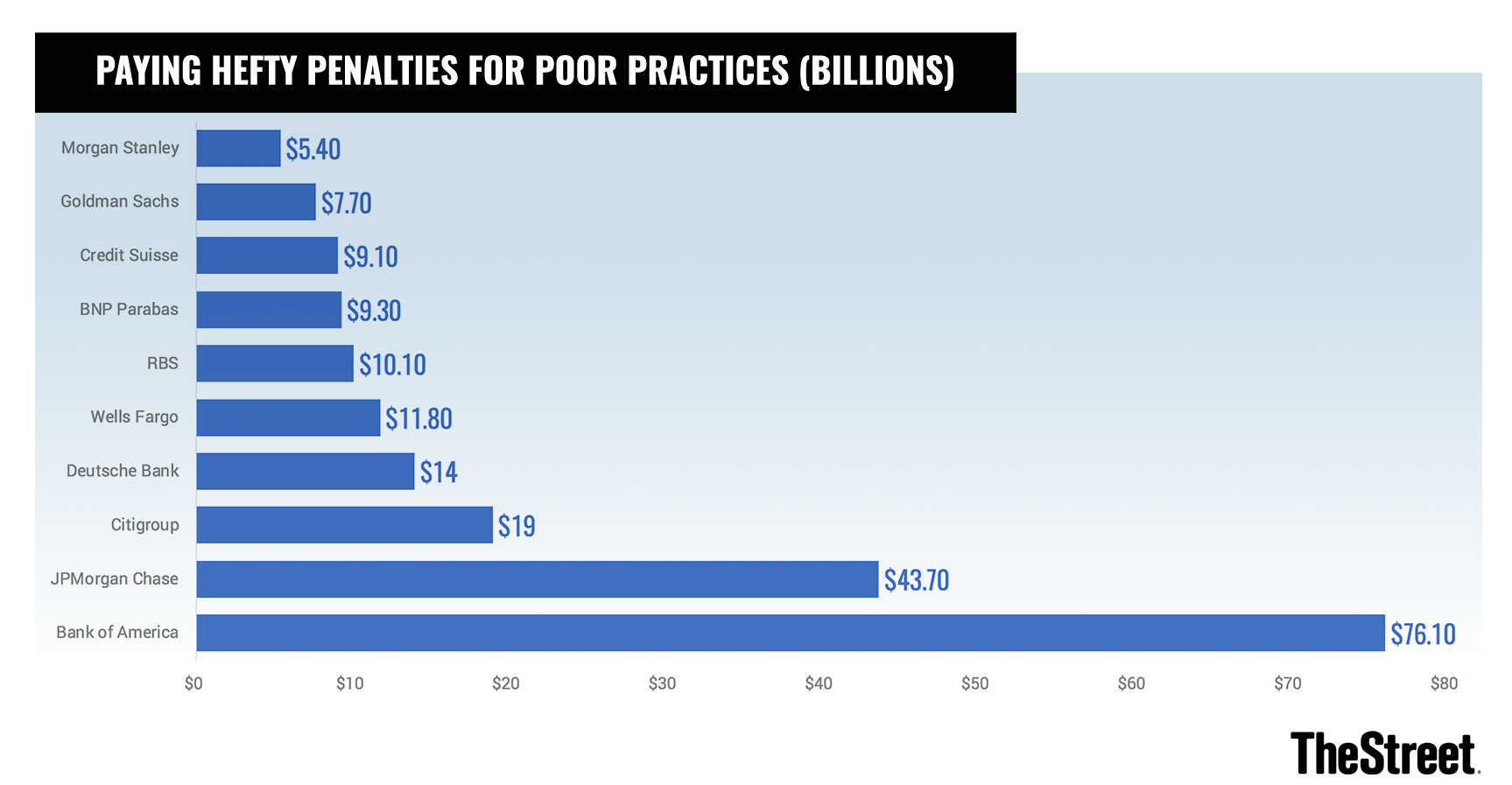 While the fines incurred by each bank may at first glance appear significant, the total of fines pale in comparison to the profits garnered. 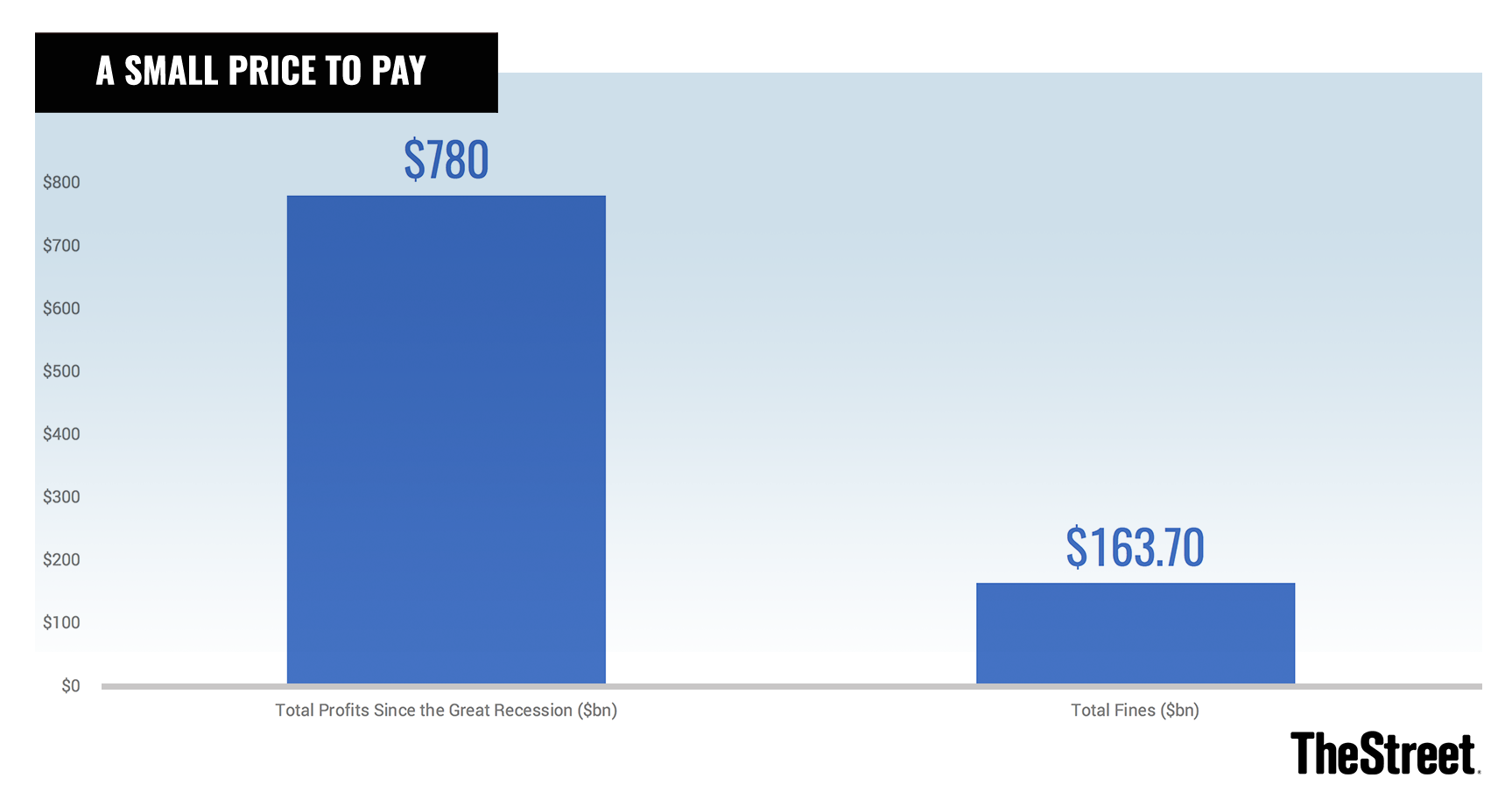 As a result, it would be unsurprising for the committee to push back against the deregulation efforts that helped lead to record profits under the Trump administration.

"Despite proposing to reduce capital for the G-SIBs, the Federal Reserve's own research has indicated current capital requirements are on the lower end of requirements that best balances benefits associated with mitigating systemic risk with a bank's funding costs," Waters' report states. "Furthermore, the Federal Reserve has also been working on making stress testing more transparent to banks, potentially undermining the value of the regular exercise."

The committee is likely to seize on this point and seek to strengthen the regulations in place, potentially eating into each bank's ability to continue in their currently highly profitable path that has charted into the hundreds of millions since the Great Recession

Judging by the stats provided, the discussion could quickly shift to executive compensation and pay fairness, a popular topic among some of the prominent Democrats on the committee.

The conversation has differing implications for each executive.

Interestingly, Goldman Sachs, a company whose name is used seemingly synonymously with the excesses of Wall Street, has reduced its CEO to median worker pay ratio since the accession of David Solomon. 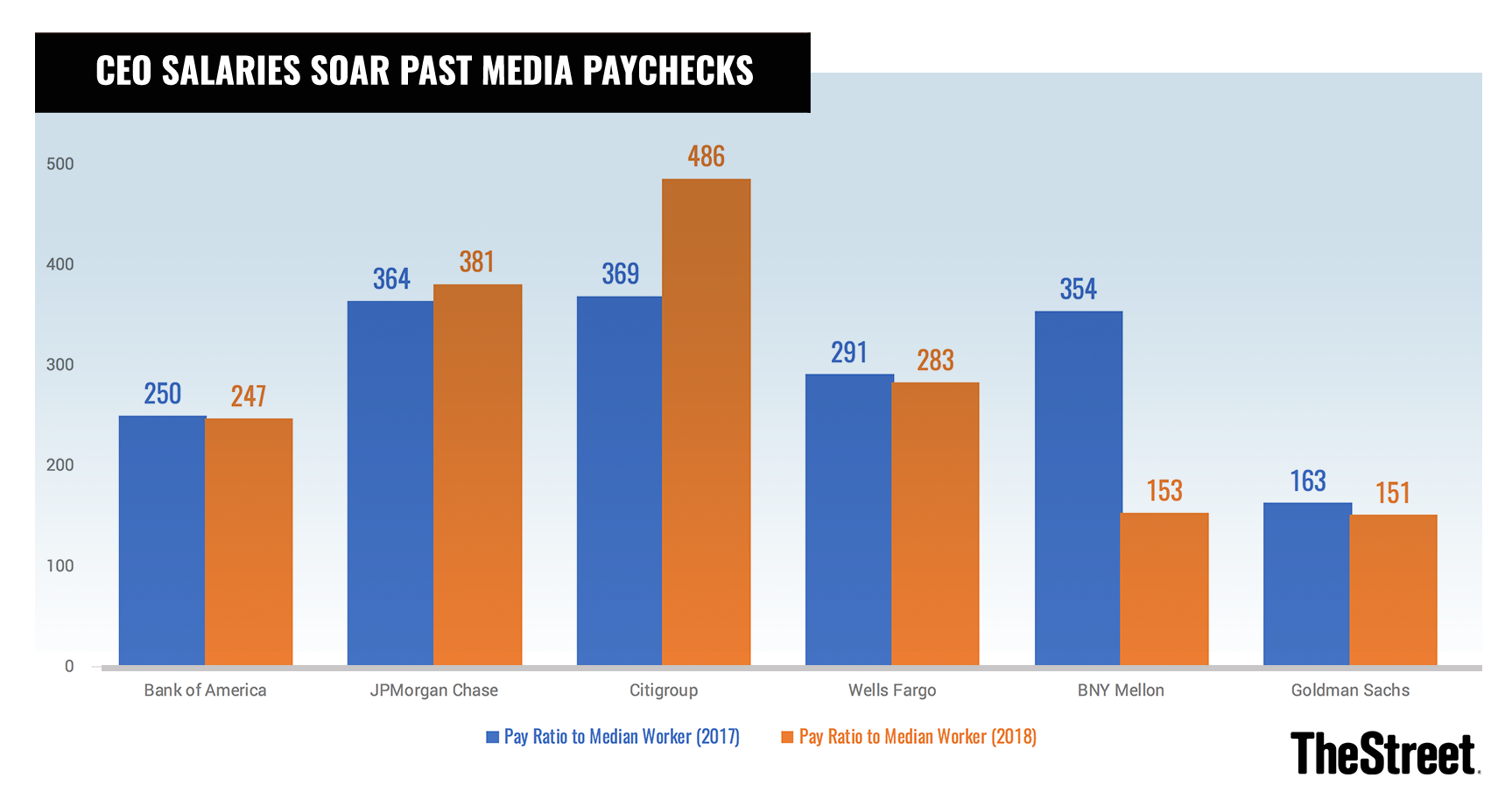 The reduction was only eclipsed by BNY Mellon, which saw its pay ratio plummet after CEO Charles Scharf took a significant pay reduction as compared to his predecessor Gerald Hassell. The reduction is also in stark contrast to both Citi and JP Morgan which each saw the pay ratio balloon despite the relatively longer tenure of each executive.

To be sure, the absolute pay of Goldman's CEO Solomon still eclipses Corbat's payout in absolute dollar terms. 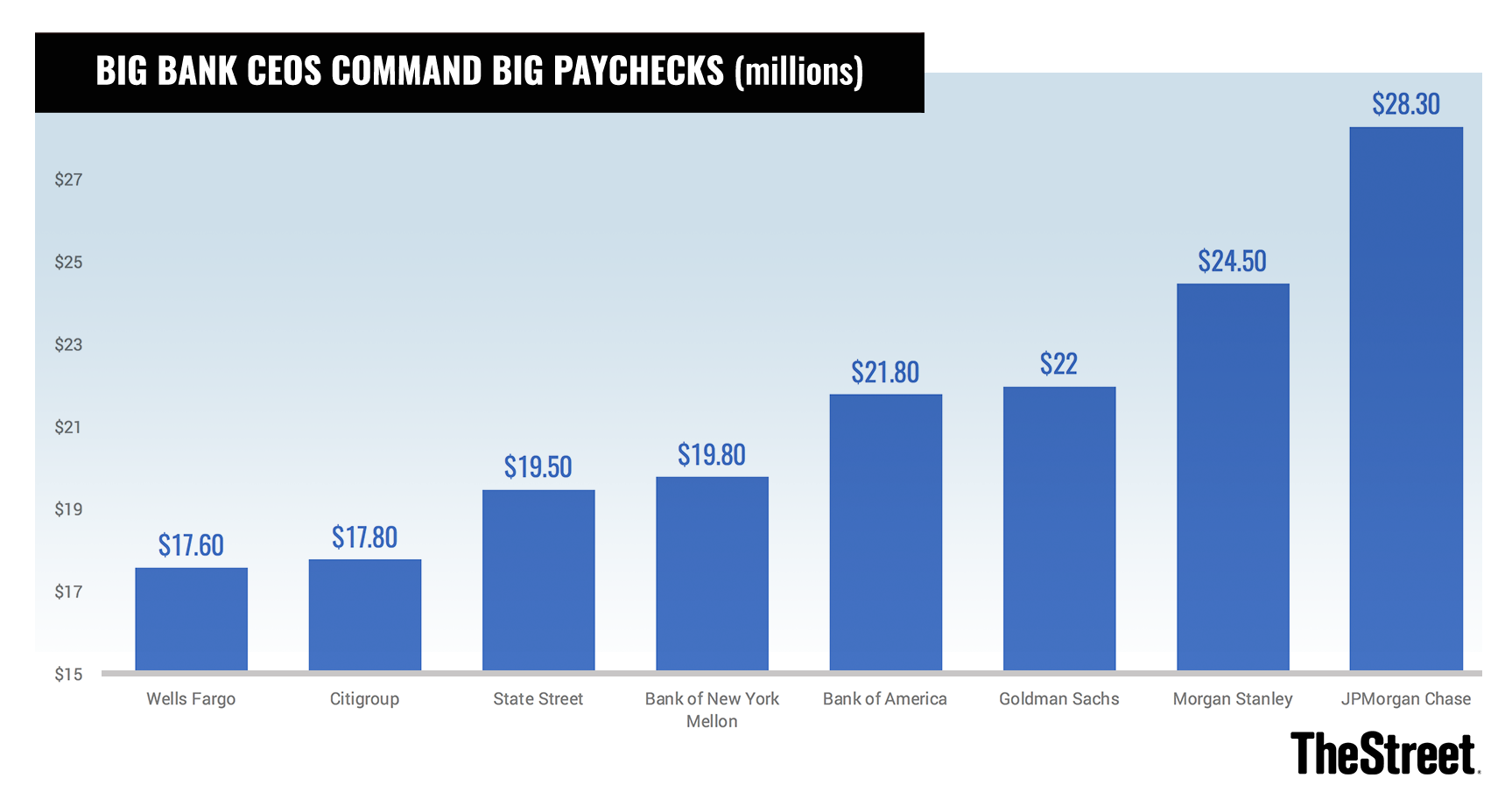 Despite the substantive issues reflected in the charts, many analysts aren't holding their breath, instead expecting the hearing to take a quick detour into simple political posturing.

"If you are looking for a nuanced consideration of the regulatory regime for the nation's largest banks, we recommend looking elsewhere," Compass Point Director of Policy Research Isaac Boltansky said on Monday. "There are undoubtedly substantive issues that could be considered when the CEOs of the nation's largest banks meet legislative leaders in a public forum, but we doubt that this hearing will provide anything beyond curt questions, corporate sound bites, and a continuation of the status quo."

"Given the divided Congress and the leadership atop the financial regulators, our sense is that this hearing will be little more than riveting political theater," he concluded.

As the theater kicks off, it will be important for investors to remain cognizant of these data points, if any substantive conversation can indeed occur. Analysts simply advise you don't get your hopes up.

Get an email alert each time I write an article for Real Money. Click the "+Follow" next to my byline to this article.
TAGS: Regulation | Federal Reserve | Investing | Markets | Politics | Stocks | Asset Manager | Banking | Financial Services | Stock of the Day

The Fed Must Change Its Pace

Last week's plunge in U.K. gilts was a warning shot across the bow of central banks everywhere.

Hopeful Bulls Must Deal With the Cold, Hard Reality of an Economic Mess

What's going to determine where the market is heading is economic news, the Fed's stance on fighting inflation, and the upcoming earnings season.