Let's take the charts for a spin.

In this daily Japanese candlestick chart of RIDE, below, we can see that prices have been under selling pressure since the middle of February. Lots of red (bearish) candles and few lower shadows paint a bearish picture. Prices are trading well below the declining 50-day moving average line and below the now-declining 200-day line. In early April we can see the 50-day line move below the 200-day line for a belated and bearish dead or death cross. The On-Balance-Volume (OBV) line has been in a decline from the middle of February as traders have been more aggressive sellers. The 12-day momentum study in the lower panel shows higher lows from early March as the pace of the decline has slowed. This could foreshadow a rebound in price, but this is no guarantee as bullish divergences are imprecise indicators.

In this daily Point and Figure chart of RIDE, below, we can see that prices reached a downside price target of $7.00. 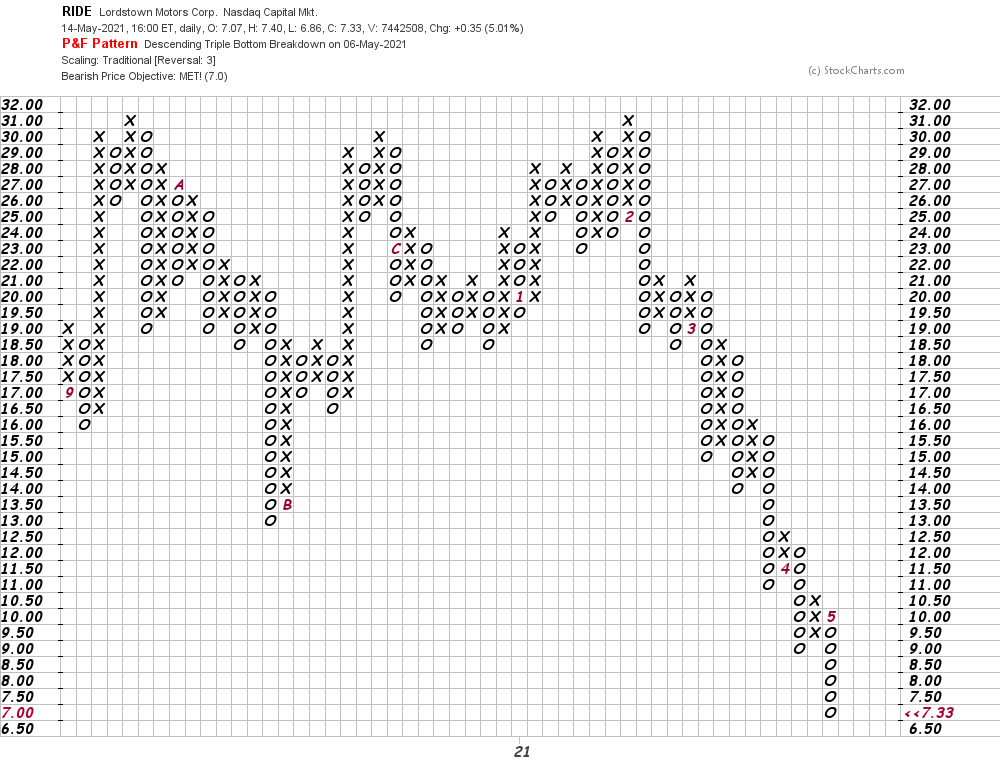 In this daily Japanese candlestick chart of FSR, below, we can see that prices have made a big decline since early March. Prices could challenge the lows of late October. The slopes of the 50-day and 200-day averages are bearish. The OBV line has not moved straight down but it does point to more aggressive selling. The 12-day momentum study shows that the pace of the decline is slowing, but that is not enough to bet on the upside.

In this daily Point and Figure chart of FSR, below, we can see the software is projecting the $8 area as a potential downside price target. 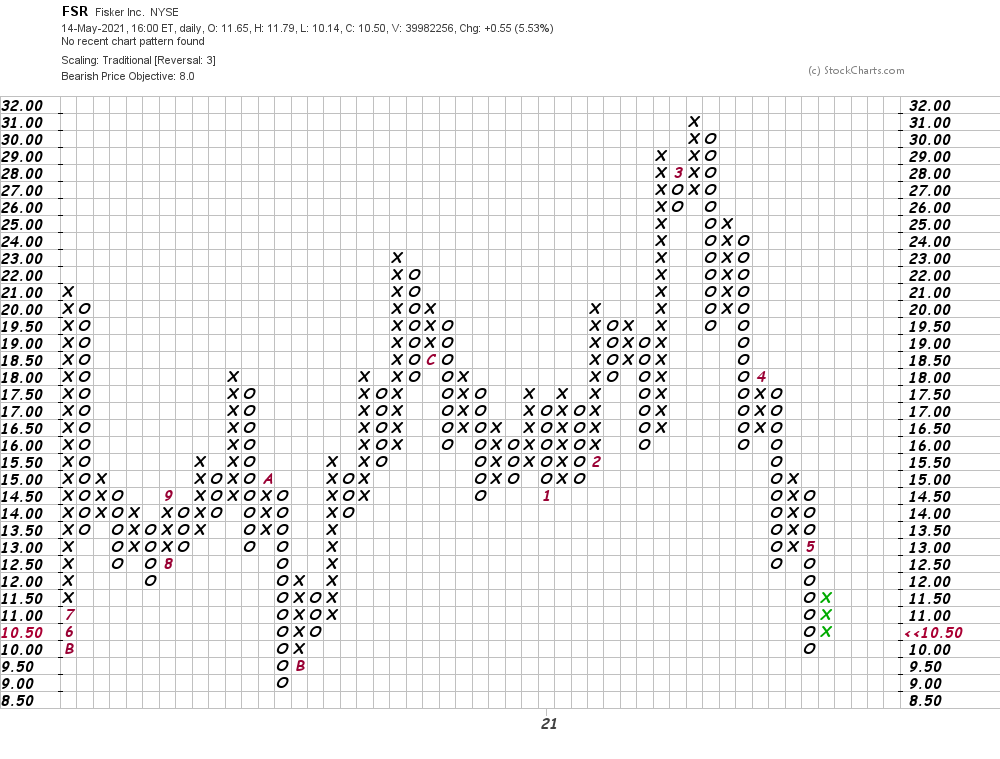 Bottom line strategy: The future belongs to electric vehicles, but the charts of RIDE and FSR need lots of repair.

Get an email alert each time I write an article for Real Money. Click the "+Follow" next to my byline to this article.
TAGS: Investing | Stocks | Technical Analysis | Automotive | Mad Money | Real Money | Electric Vehicles