Retailer Kohl's (KSS) is trading sharply higher Monday as the company announced that it had received a number of buyout offers. Little has been revealed so a look at the charts may be useful.

In the daily bar chart of KSS, below, we can see that the shares gapped higher. KSS is trading around its November high. Prices are above the 50-day and 200-day moving averages.
Trading volume is likely to be heavy Monday as various traders and investors position themselves to a potential takeover. It looks like trading volume increased slightly ahead of the news this morning but it does not look like there was a long period of accumulation.
The Moving Average Convergence Divergence (MACD) oscillator has been improving since early December and should be crossing above the zero line today. 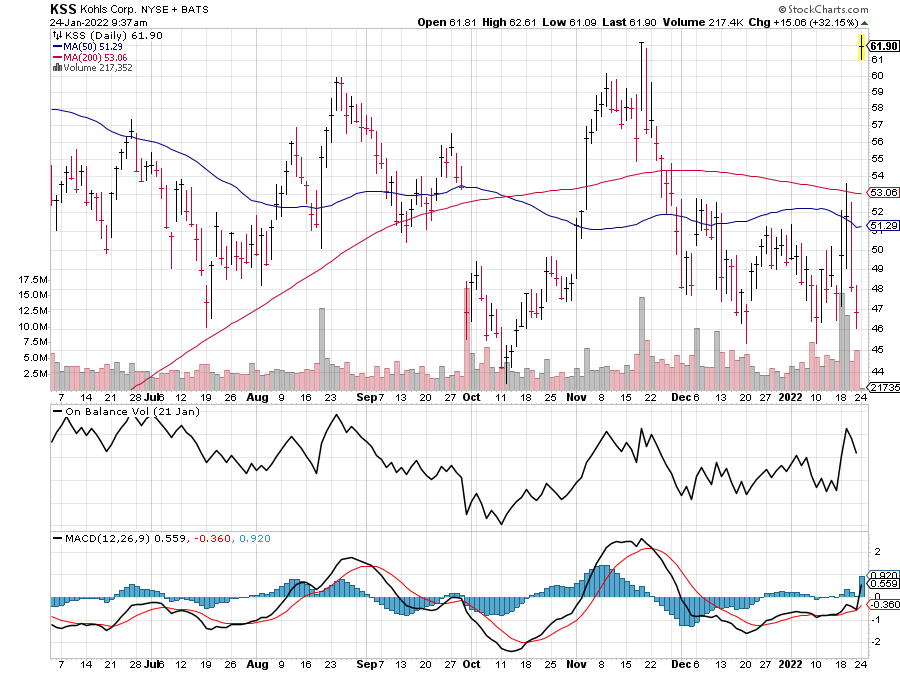 In this weekly Japanese candlestick chart of KSS, below, we fail to see a positive picture ahead of this M&A action. 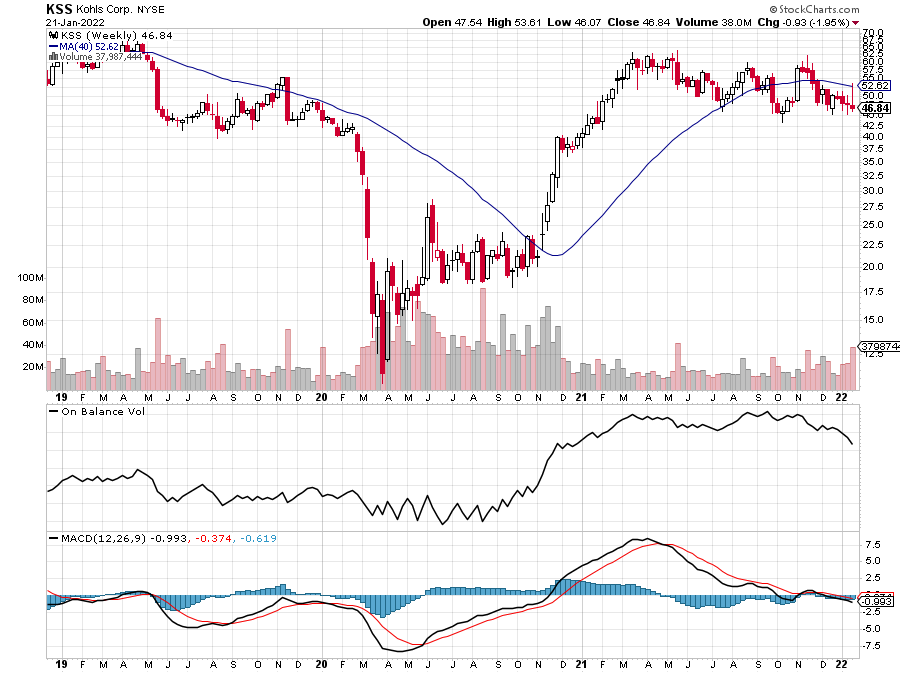 In this daily Point and Figure chart of KSS, below, we can see Monday's rally without a price gap because that is how this kind of chart is constructed. A nearby price target of $65 is shown.

In this weekly Point and Figure chart of KSS, below, we can see that a price target of $94 is being projected. 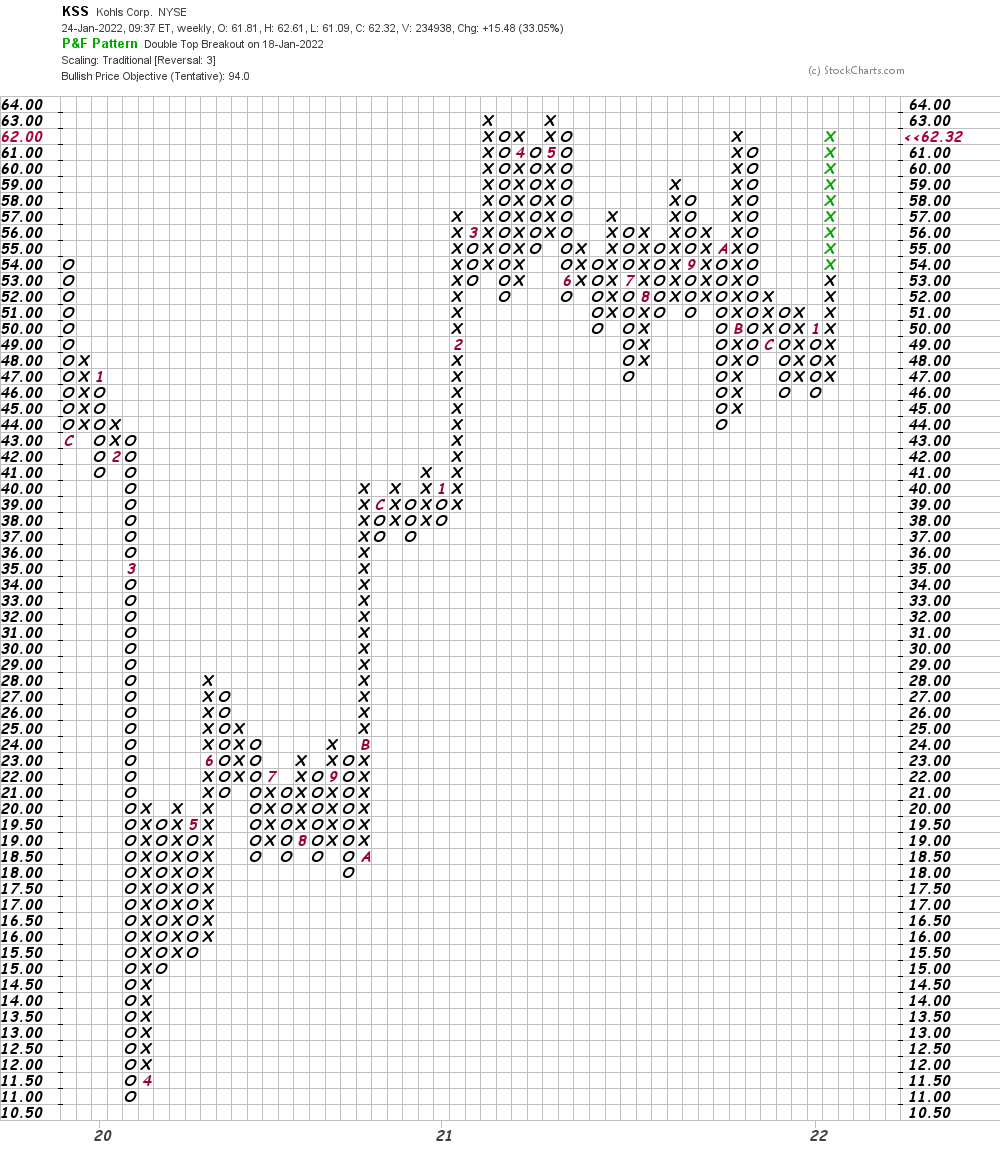 Bottom-line strategy: I will leave to others to drill down into the terms of the offers. Also, I have no idea of whether there could be someone with a higher and stronger bid out there and I have no idea if this deal will go through and be accepted. That being said, I would be inclined to take partial profits on existing longs.
Get an email alert each time I write an article for Real Money. Click the "+Follow" next to my byline to this article.
TAGS: Mergers and Acquisitions | Investing | Stocks | Technical Analysis | Retail