Bettors on General Electric  (GE)  due to its price to earnings valuation might not be bargain hunting hard enough.

As the Boston-based conglomerate gets back on its feet, many investors are viewing the company's paltry PE ratio as a rationale to jump on the turnaround train.

Trading volume picked up significantly Thursday, indicating a great deal of buying interest in the beleaguered stock. At a forward-looking PE ratio of less than nine, it could be tempting, and a possibly lessened downside could be attracting value minded investors.

Yet, in today's market there may be better places for your money than GE, and many of them come at price to earnings ratios not far above GE's. 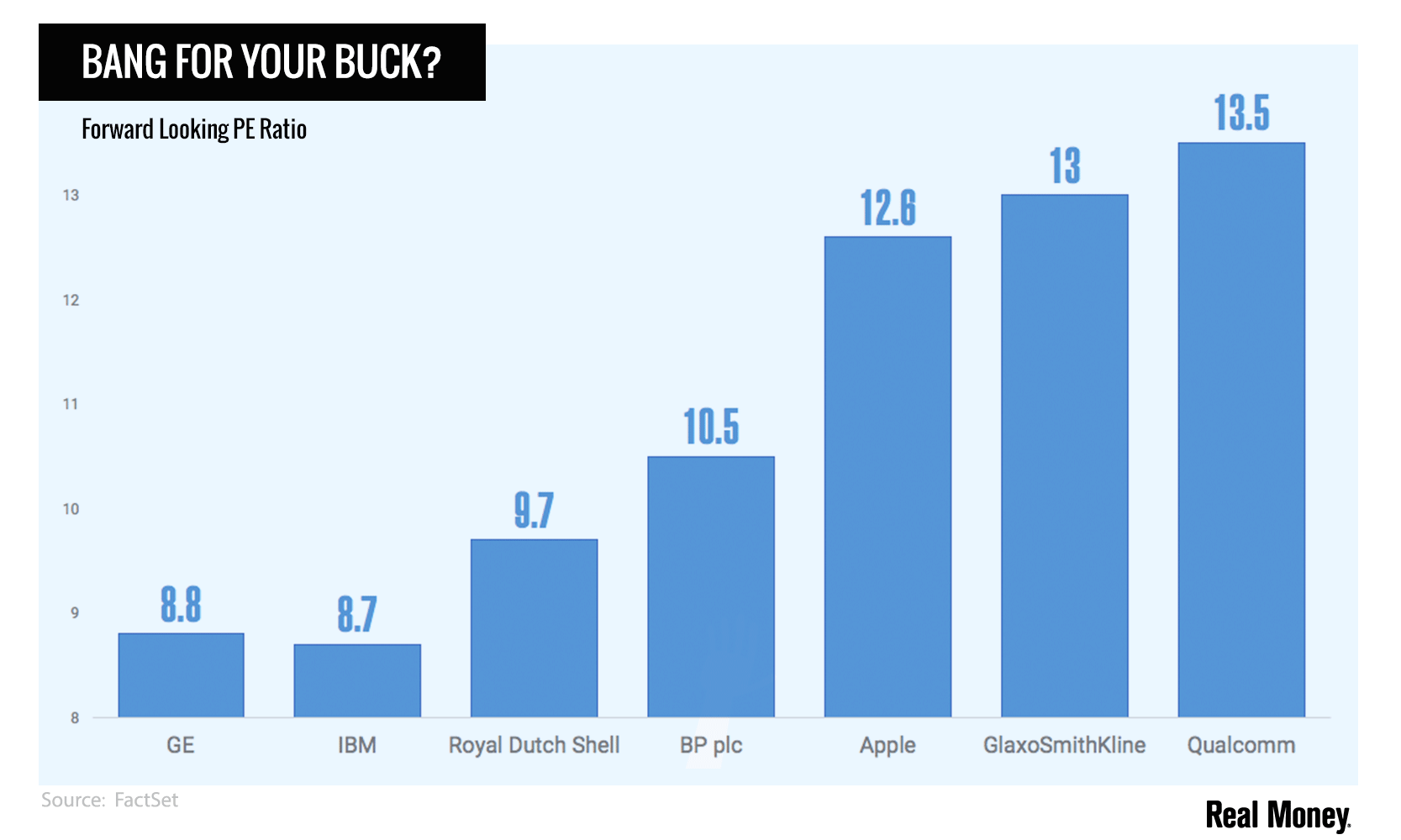 The risk reward on GE, given the numerous legal, financial, and logistical burdens encumbering it, might make the conservative valuation justified. In short, there are better discounts out there.

Even less "cheap", but better set up stocks within its own sector could be better bets now.

As an example, Stephen Tusa, the JP Morgan analyst that acted as a catalyst for GE's jump on Thursday, has indicated his preference for Honeywell International (HON) .

Tusa maintains an "Overweight" rating on the stock, noting the company's stronger balance sheet and a well executed spinoff as parts of his rationale for the rating. The same could not be said of GE.

"We expect continued strength in Aero as well as double-digit organic sales growth in Safety and Productivity Services to lead to a strong 2019," the team wrote in a recent note. "If trade war talk comes back into play after the 90-day negotiation window, we will happily repurchase shares in this high-quality company at lower levels."

For reference, the company holds $100 billion less in debt than GE, an alarming dichotomy.

There's also its forward looking price to earnings ratio of 17.5, which is not so much higher than GE's as to put off investors.

Real Money contributor James "Rev Shark" DePorre summed up the "more fish in the sea" argument succinctly in his column this morning.

"If you are considering a purchase of GE I suggest that you have made the mistake of not doing enough research into alternative investments," he said. "Don't be seduced by the thinking that just because it is trading at the lowest price in decades it is a great value. That is not logical thinking."

Get an email alert each time I write an article for Real Money. Click the "+Follow" next to my byline to this article.
TAGS: Fundamental Analysis | Investing | Stocks | Technical Analysis | Industrials | Analyst Actions | Stock of the Day