The Huawei ban in the U.S. is still stinging the semiconductor sector, headlined by deep dips in Qualcomm (QCOM)  , Xilinx (XLNX)  , and Broadcom (AVGO) .

"China trade talks remain an enduring point of focus for investors in semiconductors as the space is viewed as a proxy for global growth and is tightly wrapped into the debate on tariffs," Morgan Stanley analyst Joseph Moore noted. "Inventory levels in China also remain a focus for us as Chinese OEMs have increased purchases ahead of tariff implementations, which we think will ultimately need to be corrected."

The impact on the sector, which has been linked to global economic cycles, could be dire in a bear case.

"From a top down view, tariffs impact corporate profits in a number of ways including rising costs, lower demand, lower confidence and lower investment," Moore noted. "Ultimately, if the 25% tariff on all of China's exports does go into place, companies' cost headwinds could be compounded to such a degree that they are forced to cut headcount. An unemployment cycle and economic recession could ensue."

"Growth is decelerating across most verticals, calling into question the narrative around a second half [of 2019] snapback," he added.

However, in the immediate term, not all semiconductor stocks are poised to experience the same headwind and it should be stated the extent to which the ban will impact each stock. 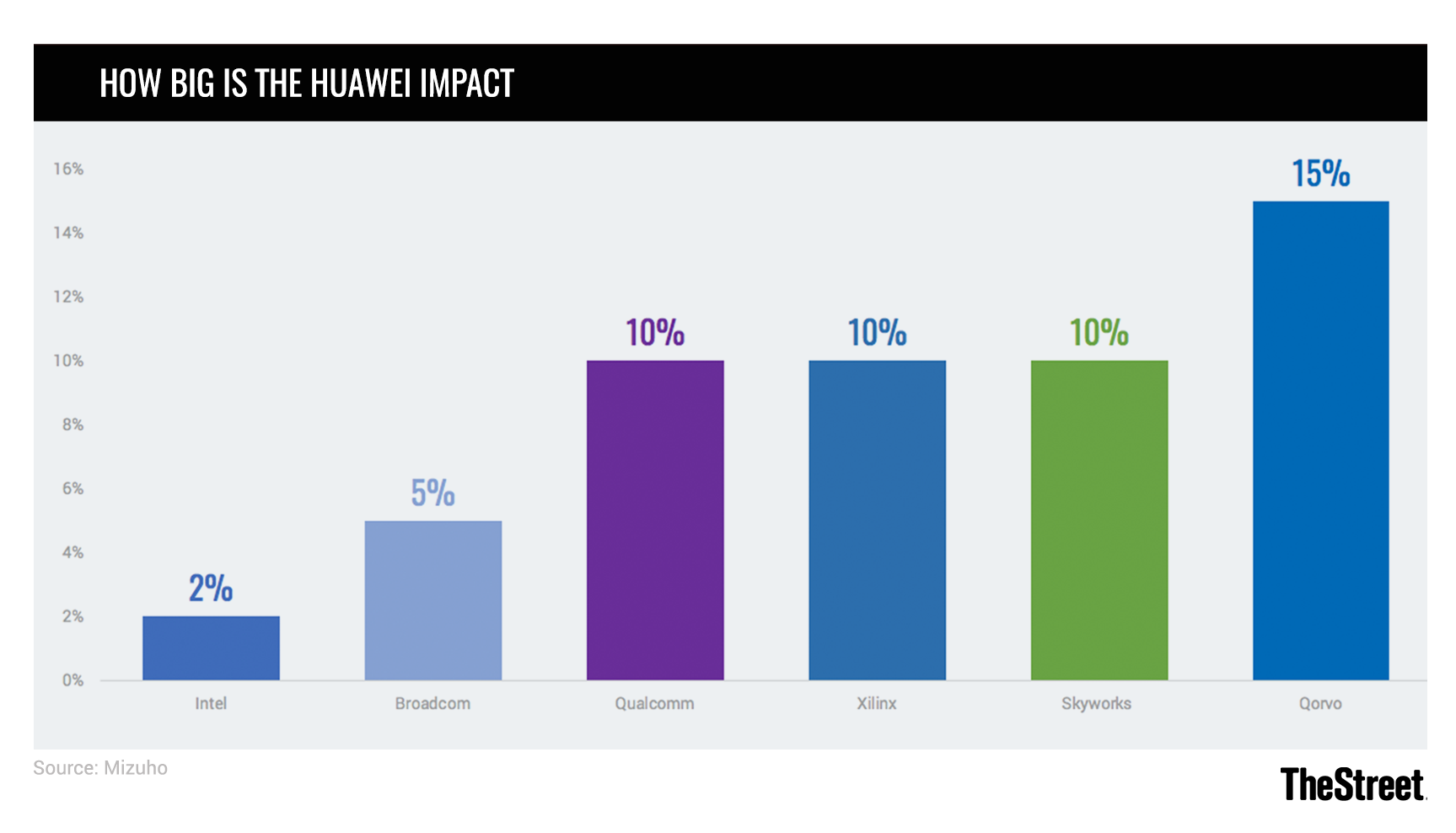 To be sure, estimates vary and Mizuho's varying on the extent to which each company is exposed as concrete figures have not been released by each company. Additionally, the exposed business segments and mitigation contingencies of each company are not fully fleshed out as yet.

However, as I pointed out in charting the China exposure of each semiconductor stock, the market is unforgiving when these new trade winds start blowing and investors should be careful of their own exposure.

Get an email alert each time I write an article for Real Money. Click the "+Follow" next to my byline to this article.
TAGS: Investing | Markets | Politics | Stocks | Semiconductors & Semiconductor Equipment | Software & Services | Technology | Technology Hardware & Equipment | China | Stock of the Day

I Don't Want to Get Cornered Into Square

Here's why the company's move with bitcoin just doesn't square well with my investing views.

The frenzy in certain sectors, such as bitcoin-related names, isn't as hot as last week but there is still a good amount of trading.

CrowdStrike Traders Should Take the Money and Run

CRWD has turned to the downside.