As Tesla (TSLA) stock slides yet again, much of the focus is on the recently victorious shortsellers. However, the beaten down stock isn't only benefitting Musk skeptics, it's crushing his smallest scale fans.

Shares of the Palo Alto-based electric automaker is one of the worst performing stocks of 2019, dropping nearly $150 off its January high to the tune of a nearly 40% loss.

However, while institutions like Baillie Gifford and the likely overly optimistic ARK Invest are indeed being stung by the action, its retail investors on Robinhood that are busy buying the dip that can't seem to reach a rebound.

The investing app, popular among millennials and Gen Z, courts six million active users on its famous no-fee trading platform. The company is rumored to be fetching a valuation near $7 billion based in part on its ability to court first-time or inexperienced investors and drive many investing-averse users to the stock market.

In Tesla's case, that could be much to their peril judging by recent data. 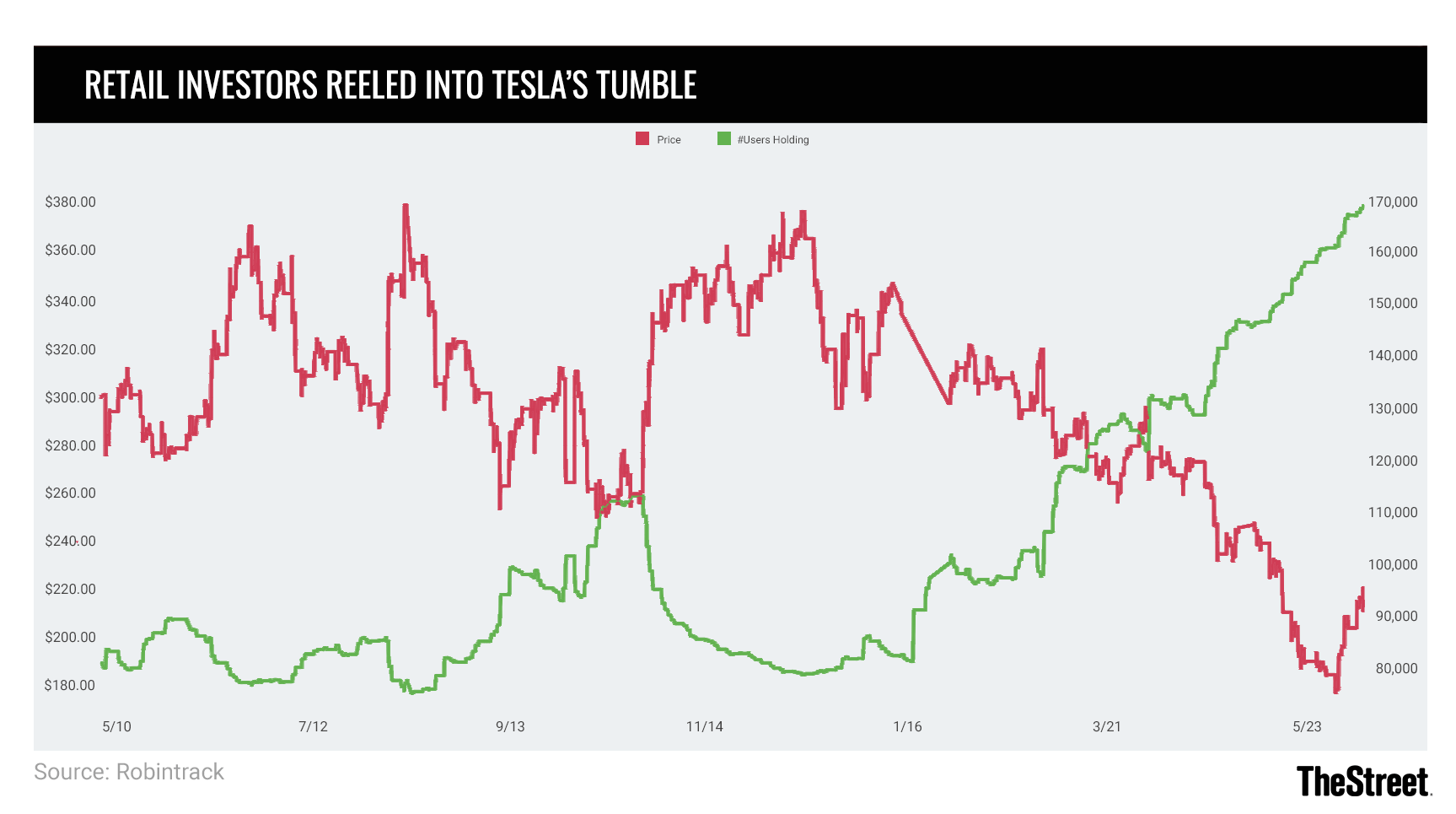 According to Robintrack, a website that aggregates user data on popular stocks from the stock market, it notes that Tesla is the 9th most widely held stock on the app. As the stock declined in late January the popularity on the app began a marked pick-up, growing from 80,000 users holding shares to over 100,000 users by the month's end.

Users appear to have been buying the dip on hopes of rebound as shares fell from $347 to $297. However, that rebound never came.

Still more Robinhood investors flocked to the stock as the pain persisted. As the stock fell from its short lived rebound to about $320 per share at the start of March to just under $180 per share earlier this month, Robinhood users only doubled down. The user base grew from about 100,000 to 170,000 users.

Conor McGregor's coach John Kavanagh famously said, "you either win or you learn."

It would appear Robinhood investors have some valuable lessons to draw from amidst Tesla's loss in value.

Get an email alert each time I write an article for Real Money. Click the "+Follow" next to my byline to this article.
TAGS: Investing | Markets | Stocks | Bearish Bet | Automotive | Software & Services | Technology | Stock of the Day | Elon Musk