Shares for the parent company of Calvin Klein and Tommy Hilfiger finished Friday's trading up 0.67% to $110.51. The recovery should help wipe sweat from the brow of shareholders that were caught stressing a near double digit dip in pre-market trading.

The trading volume on the open helped the stock whipsaw on the open, pumping up nearly 5% in morning trading before paring back to its closing level.

The initial drop after-market on Thursday and into the earnings call on Friday morning was prompted in part by price target tempering on Wall Street after CEO Manny Chirico's interview with Jim Cramer on Mad Money Thursday evening.

The earnings per share estimates were largely contracted due to macroeconomic factors, weakening jeans sales from Calvin Klein, and contracting margins.

Kanaga joined in on a trend among analysts that is all the rage when it comes to PVH -- namely, cutting their price targets.

"Our price target is now $157, from $171 [per share]," Kanaga wrote. "We have reduced our target multiple by a turn and a half to reflect what has become a trend of disappointing CK results."

According to FactSet, nine analysts covering the stock pulled back on their price targets after the earnings release.

Credit Suisse analyst Michael Binetti wrote on Friday that in looking ahead to 2019, "we continue to have concerns around macroeconomic volatility and near-term CK trends."

"We don't think key leading revenue indicators have changed for either Calvin Klein or Tommy," Binetti said. "All that said, amid ongoing macro volatility, we're lowering our 2019 revenue growth outlook."

Binetti reduced his PVH price target from $150 per share to $125, bringing his estimate to multiples he termed as near "eye-watering lows."

Standing by the Stock

To be sure, the low multiple only increased the opportunity for those with a glass-half-full mentality.

In fact, despite the widespread target trimming, every analyst polled by FactSet after earnings still prescribed a "Buy" rating on the stock.

"It is important to understand that the story doesn't appear to be unraveling: inventory/GM outlook is now healthy, holiday momentum appears compelling and 2019 drivers are in place," Wells Fargo analyst Ike Boruchow wrote in his take on third-quarter earnings.

He noted that the stock touched its cheapest level in seven years amidst its pre-market plunge. 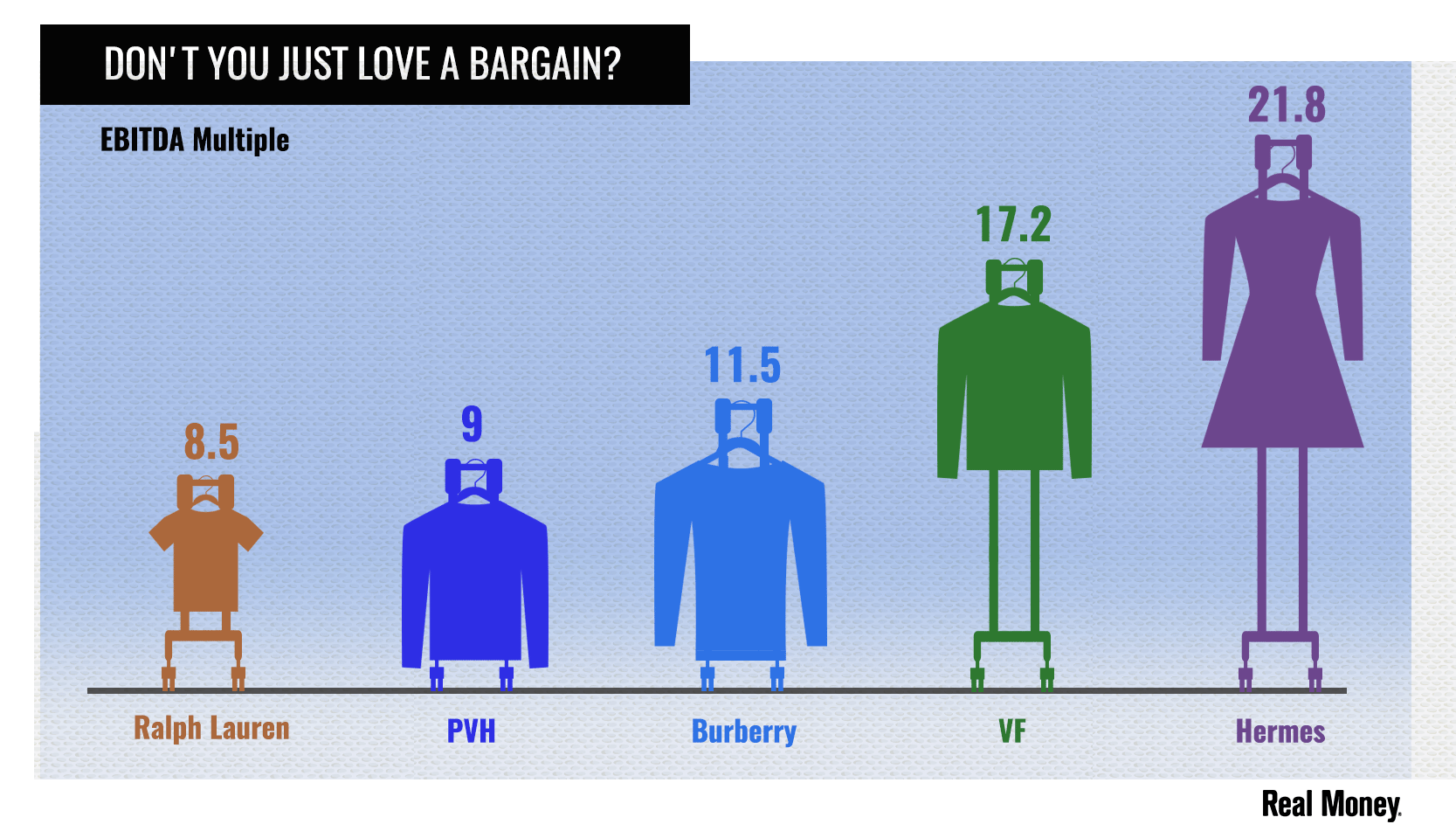 Real Money's Tim Collins laid out his own play for PVH, touting an aggressive play to be made after the upward trend on Friday.

"[PVH] makes for an aggressive long-side play for the next two weeks," he advised. "We've seen some decent two-week bounces from this oversold territory seen in the Full Stochastics and buying volume has increased two of the past three days."

Collins suggested buying the stock with an upside target of $115-120.

Shares remain flat one hour after the market close.

Get an email alert each time I write an article for Real Money. Click the "+Follow" next to my byline to this article.
TAGS: Investing | Stocks | Retail | E-Commerce | China | Europe | United States | Stock of the Day