Netflix's (NFLX) might not be the best play for those looking to play the secular shift to streaming service.

The stock's marked recovery from its depressed level on Wednesday is offering an olive branch to investors, suggesting that the company's 2019 might be better than the company's rollercoaster 2018. However, traders are not convinced Netflix stock will turn a new leaf in the new year.

"My top short idea for 2019 is Netflix," he explained. "That idea is based on increased competition across the space, and not just [Disney] (DIS) either."

Disney has been oft highlighted as the main threat to Netflix's dominance given its long-awaited rollout of its own Disney+ streaming service later this year, which will add to its efforts with Hulu and ESPN+. The company has also been highlighted alongside Amazon (AMZN) as a deeper pocketed player, able to contend with Netflix for production value without running into the red as quickly as Netflix has.

The challenges become more troubling based on the outsized valuation Netflix commands relative to its peer group. 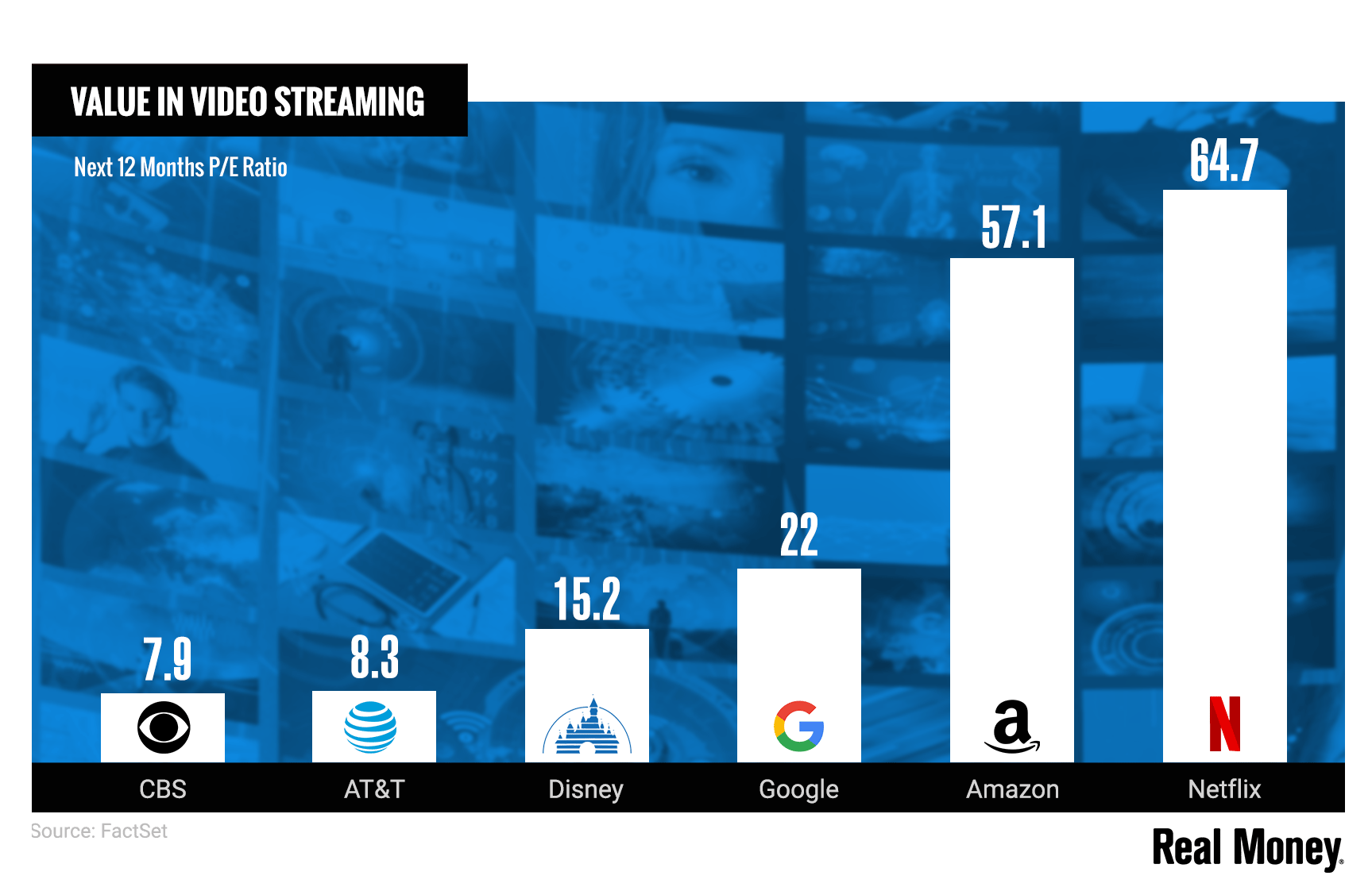 So, what is an investor to do if they are seeking a growth story that might not have its potential so tamped down by legacy competitors?

Real Money contributor James "Rev Shark" DePorre had a suggestion that comes from the Far East.

"I don't view Netflix as particularly compelling right now but streaming media and 'cord cutting' are themes that are still growing and maybe even accelerating," he explained. "I believe a better play on these themes is Roku (ROKU) ."

The company represents a better opportunity at a better investment stage than its Los Gatos, California compatriot given its stage in development, DePorre explained..

"In many ways Roku is similar to Netflix but at an earlier stage of growth," he added. "It is still building its customer base and has not yet monetarized it to any great degree."

As such, those looking at a longer-term play for a company that still has a great deal of value to unlock and could provide larger returns relative to the struggling Netflix, Roku might be one to tune into in 2019.

Get an email alert each time I write an article for Real Money. Click the "+Follow" next to my byline to this article.
TAGS: Short-selling | Investing | Stocks | World | Digital Entertainment | Media | Television Production/Distribution | Asia | United States | U.S. Equity | Stock of the Day

As Some Stocks' Rise Appears a Virtual Reality, This One Has a 'Special Purpose'

Let's review some names like TSLA, WIMI and NEXCF, and then eye a play for special purpose acquisition company Churchill Capital Corp III.