BP's (BP) bullish outlook for the next few years is fueled on but the baggage it is dropping as much as it is by its additions.

Shares of the London-based oil and gas super major finished the day up 3.45%, bringing the stock to about a 13% gain in 2019, which could be aided by the persistent albatross of Macondo payments dying down.

"We're left with just less than 100 claims on appeal. So, they've all been processed and they're now going through the appeals process," CFO Brian Gilvary told analysts on Tuesday. "We'd expect this to stay pretty stable now with around $2 billion this year.

That may sound like quite a hefty payment, but in terms of BP's track record, it's a pittance and also marks a continued reduction from years prior.

The trend suggests that the problem is finally under control after thousands of lawsuits and massive settlements with individuals, corporations, and governments represented in billions of dollars below. 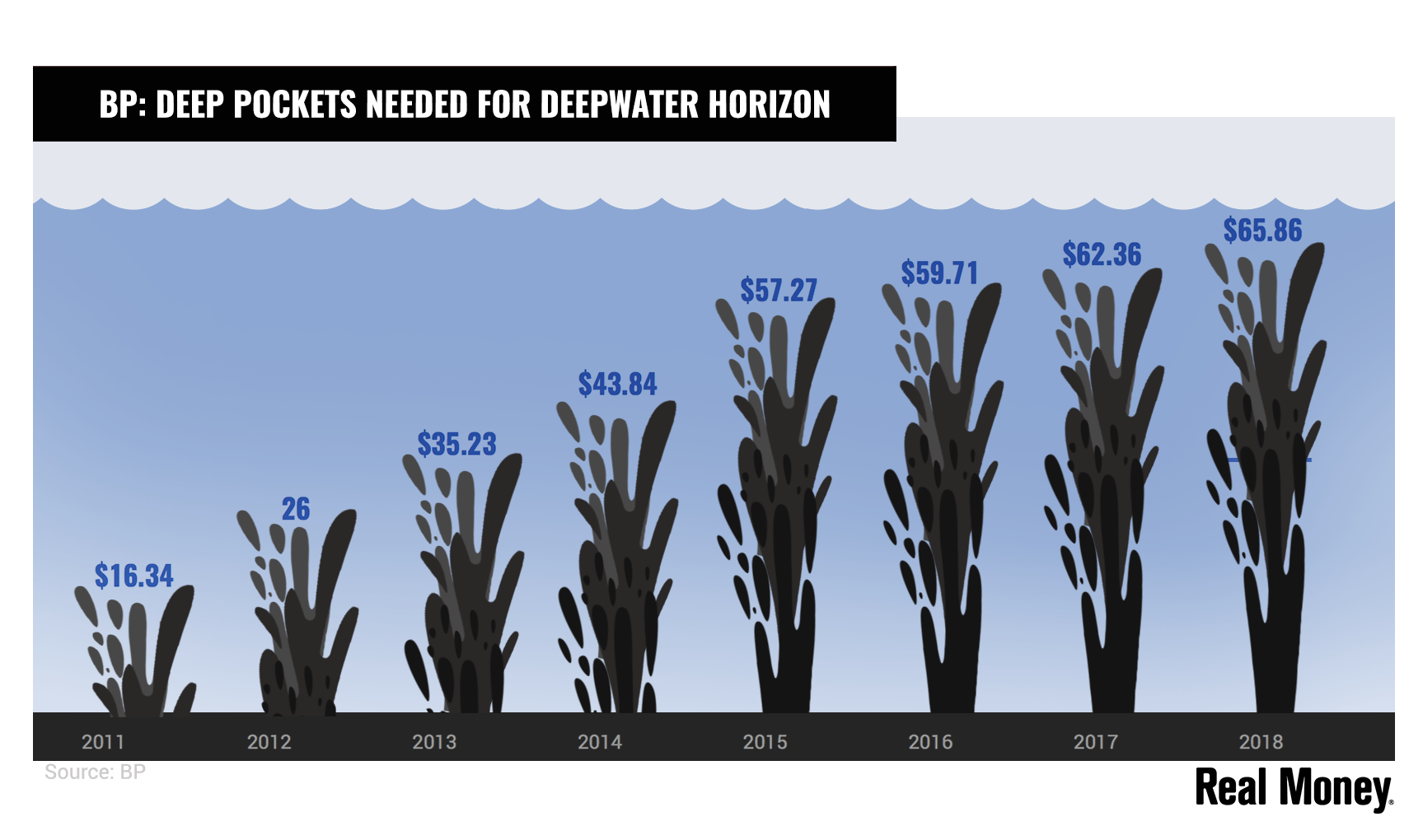 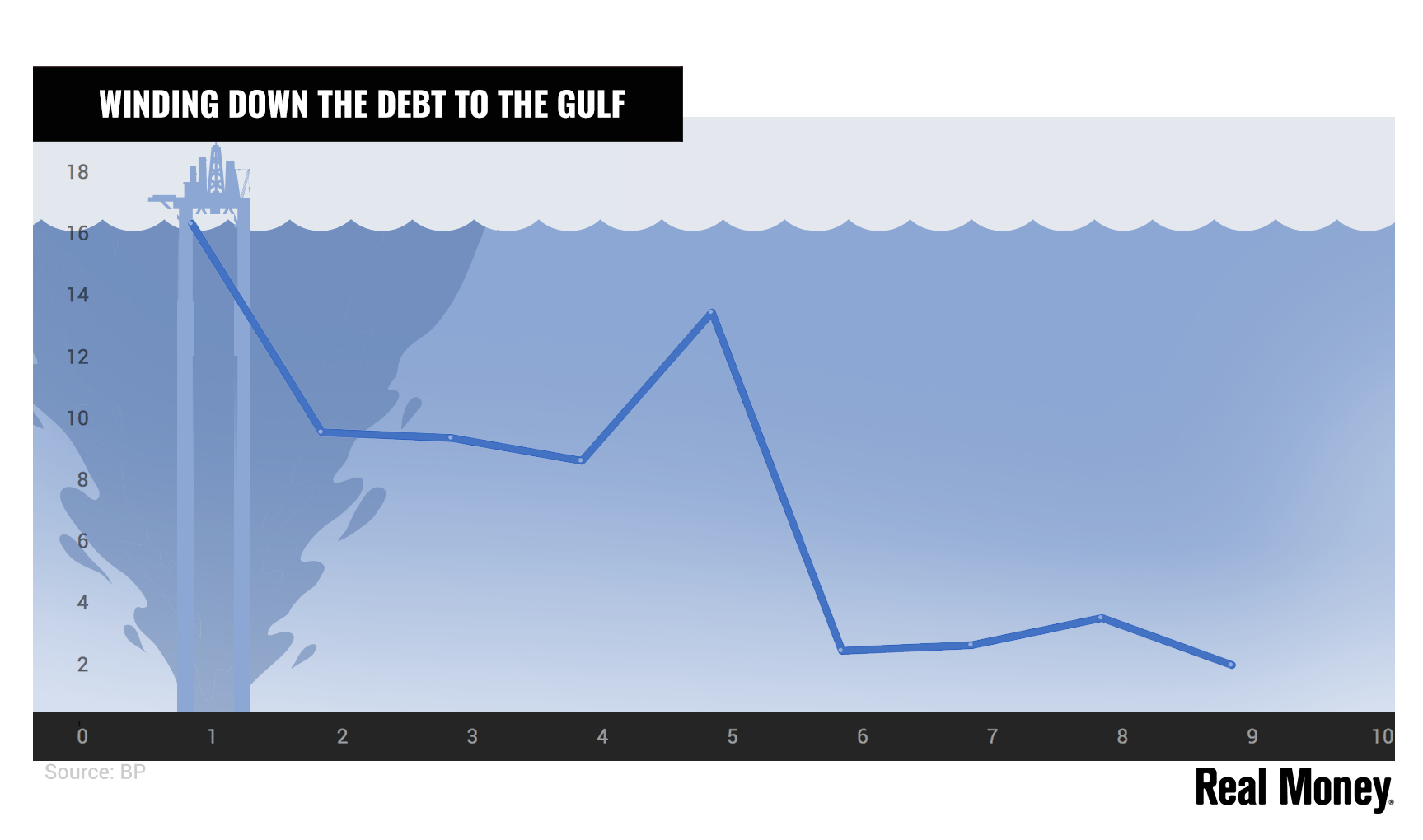 "BP has now passed into a new, post-Macondo growth phase," Societe Generale analyst Irene Homona noted, citing the significance of these payments since 2010.

To be sure, the company guided $2 billion in payments for 2018 as well, which it clearly came well over. Therefore, skepticism on the payment program is healthy.

This is especially true as the appeals processes of many litigants remain in the air, possibly representing millions, if not billions, more in payments as the claim size of these cases are uncertain.

However, for a company that is shifting focus to large acquisitions and is looking to defend a big dividend that continues to build, the removal of the persistent headwind could mean much smoother sailing ahead for BP shareholders.

The reputational hit from such a monumental disaster may never wash off, but the balance sheet is sure looking a lot cleaner.

Get an email alert each time I write an article for Real Money. Click the "+Follow" next to my byline to this article.
TAGS: Earnings | Investing | Oil | Stocks | United States | Stock of the Day