There are still bullish calls for Kohl's (KSS) on Wall Street despite the stock's plunge on Tuesday, begging the question as to the viability of weakness buying. Kohl's dropped 9.2% to $64.50 on Tuesday.

The pullback, which marked double-digit losses in morning hours, has produced room for growth for bullish analysts.

"KSS remains a share gainer in the retail space, it's a leader in tech implementation, and the shares are cheap so we would buy today's pullback," Jefferies analyst Randy Korik wrote in a note on Tuesday. "We are buyers given traction in proprietary brands, share gains from peer closings, thoughtful traffic-driving partnerships, omni initiatives & favorable off-mall real estate."

He noted that the company's continued partnership with Amazon (AMZN) helps the retailer benefit from increased traffic as peers like Toys R Us, Bon-Ton (BONTQ) , and Sears (SHLD) shutter their doors. Essentially, its proximity to Bon Ton locations bodes well, while its connection to Amazon prevents e-commerce cannibalization.

Korik added that the company's stated plan to optimize real estate usage alongside partners offers it a competitive advantage over peers with oversized real estate footprints.

He set a "Buy" rating with a bullish $110 price target based on the aforementioned factors, which are bolstered by his continued margin expansion expectation and the company's low price to earnings ratio.

Good as it Gets?

The pre-eminent concern around the retail sector is over whether the third quarter is simply as good as it gets. Even as the holiday shopping season looms, cycle concerns are lauding over share growth for many retailers.

"We do not think today's print will ease investors' concerns around the difficult set-up going forward and tough comp compare in 4Q despite management's bullish tone on the call around the Holiday season," Deutsche Bank analyst Paul Trussell explained.

He added that cyclical pressures into 2019 could leave growth relatively stagnant quarter over quarter and continue to slow progress into next year. The slowing trend is exacerbated by same store sales trends, which has posted positives for five straight quarters, but in smaller and smaller increments. 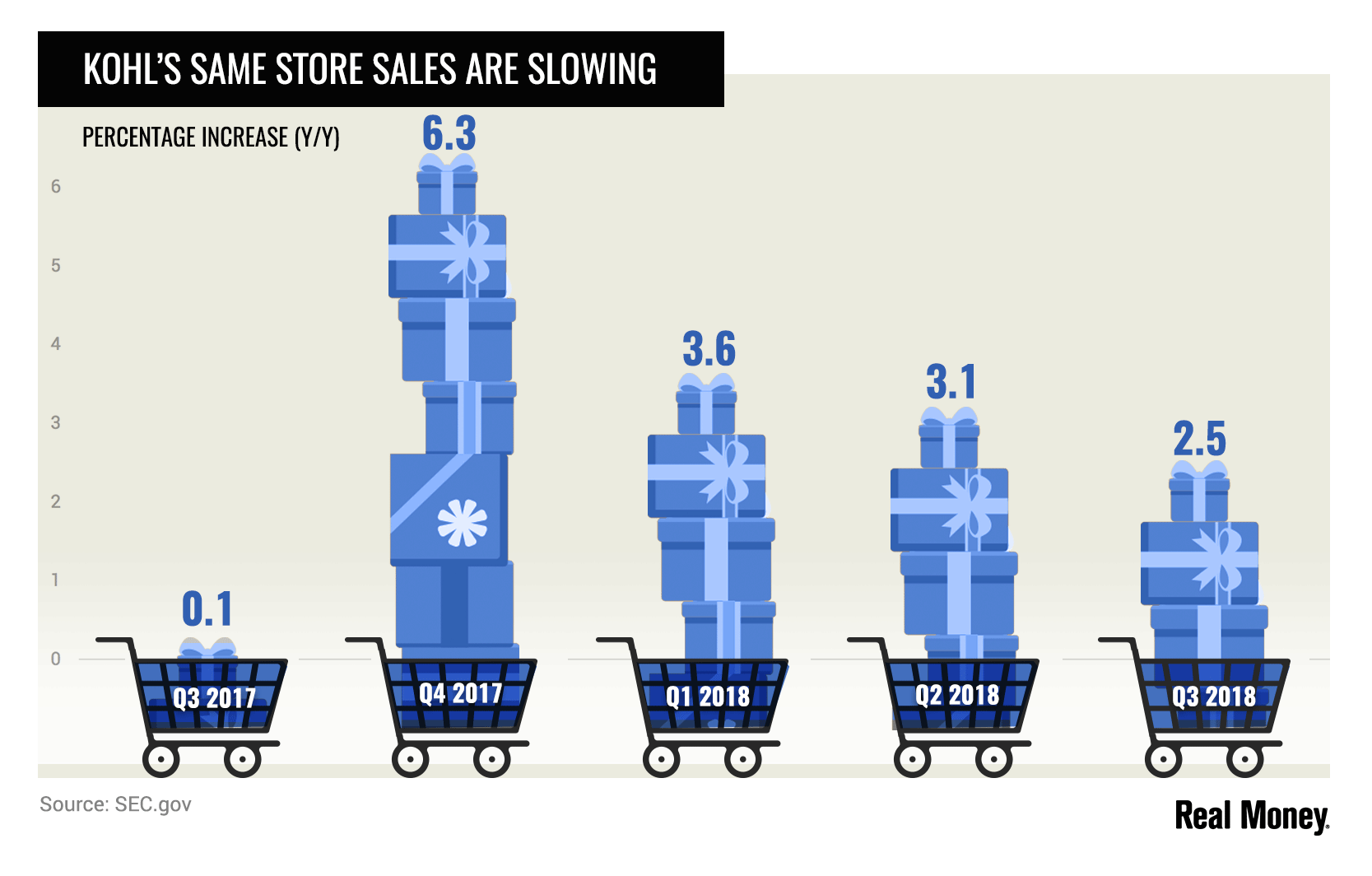 Trussell nonetheless set a "Hold" rating and set a $71 price target for the Wisconsin-based retailer.

Given the correlation to market slowdown and economic issues forecasted for 2019, many market watchers are highlighting better bets for investors, such as health care and utilities.

"The likelihood of decelerating GDP growth in 2019 suggests that investors should favor sectors with defensive or idiosyncratic growth profiles rather than cyclicals levered to the pace of economic growth," a Goldman Sachs 2019 Equity Outlook report advises. "The defensive Consumer Staples and Utilities sectors as well as the more idiosyncratic Health Care, Communication Services, and Info Tech sectors will likely be more insulated from a slowing economy."

Given the bearish predictions form the 150-year-old Wall Street standby, defensiveness could be advisable into next year.

"We forecast S&P 500 will generate a modest single-digit absolute return in 2019," the report reads. "The risk-adjusted return will be less than half the long-term average. Cash will represent a competitive asset class to stocks for the first time in many years."

Given that bleak outlook, there may be better bets into next year than retail, even if the pullback is tempting.

Get an email alert each time I write an article for Real Money. Click the "+Follow" next to my byline to this article.
TAGS: Earnings | Federal Reserve | Investing | Markets | Stocks | Value Investing | Retail | E-Commerce | Analyst Actions

The Wall of Worry Is a Mile High

I don't recall a time when more traders and investors have felt as poorly positioned than they do right now.

Molson Coors and Anheuser-Busch InBev offer sharp contrasts on how such beverage companies are holding up during the Covid-19-induced downturn.