Buybacks and corporate consolidation have been hallmarks of the semiconductor space in recent years. That may not be the case in 2019 if Jerome Powell's Federal Reserve continues to pursue an aggressive rate hiking strategy.

The market has priced in an 80% chance that Powell will raise rates in December, setting the stage for a tightening environment that will hamper levered acquisitions and large scale buybacks that have become commonplace in the sector.

That could mean more pain for investors in companies like Friday's losers Nvidia (NVDA) and Advanced Micro Devices (AMD) . 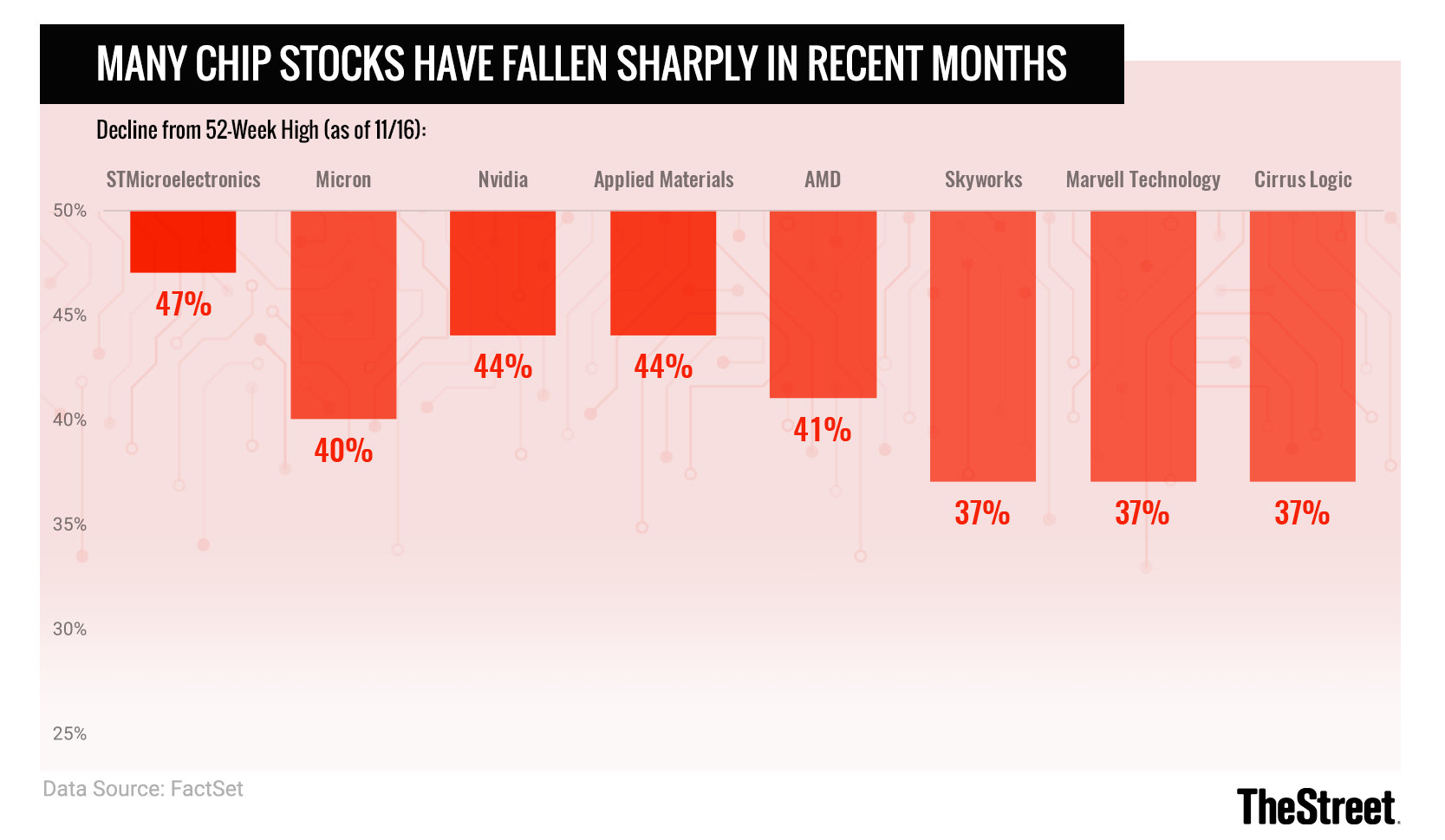 The semiconductor space has seen hundreds of billions of dollars poured into M&A agreements in recent years.

Even failed mergers, like the proposed $44 billion combination of Qualcomm (QCOM) and NXP Semiconductors (NXPI) , showed the bullishness on consolidation in the space amid the cheap borrowing rates and strong economy.

If that shifts further as Federal Reserve action moves towards tightening and the market enters some corrections, the activity is likely to slow.

Essentially, if rates continue to climb, only the cash rich companies will be in the market to acquire.

Buybacks have also been big for the sector, particularly for companies that could not get in on the M&A action they desired. 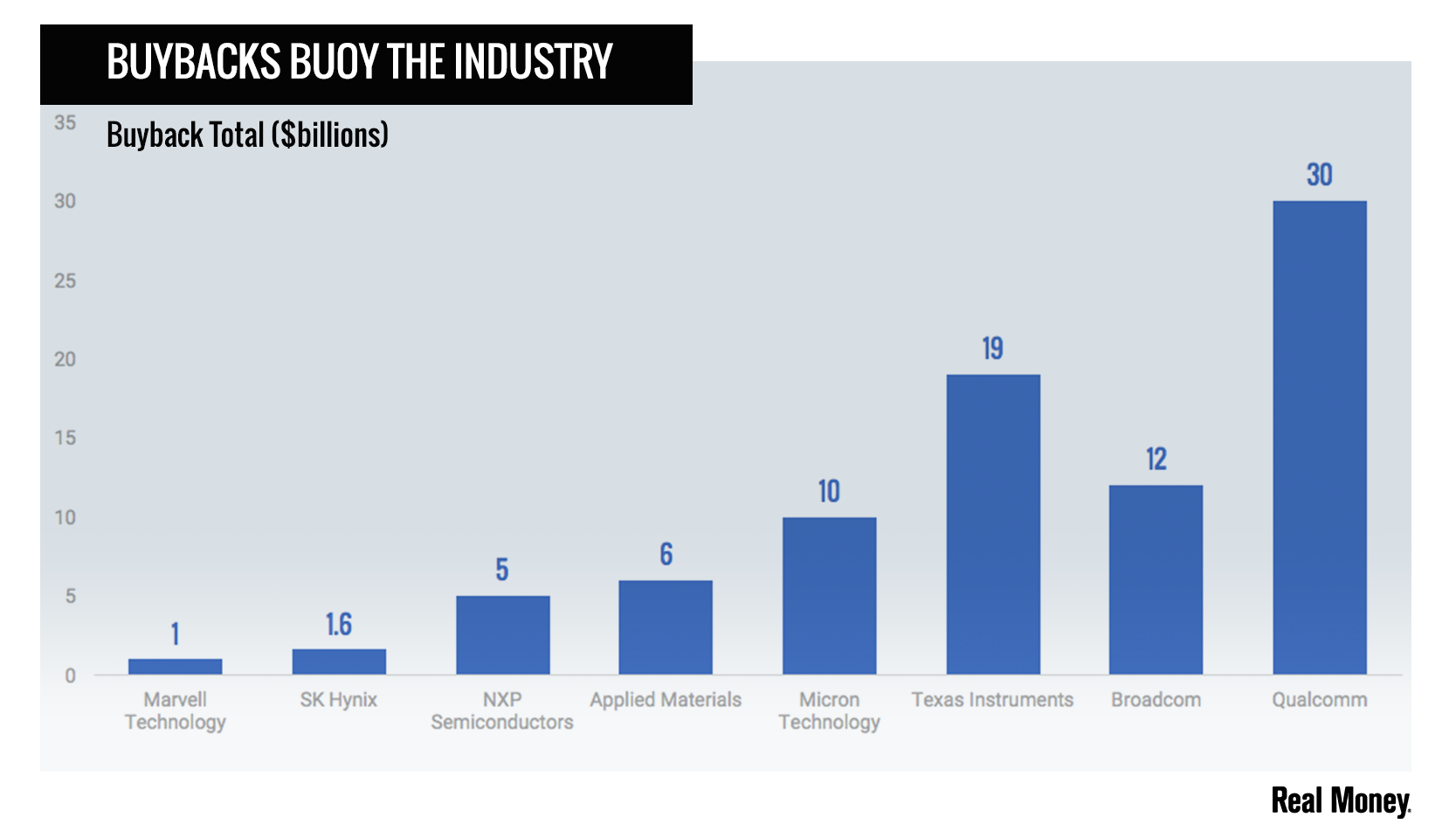 This was bolstered both by tax policy changes that allowed many companies to ramp up buybacks and make large pension contributions.

Quill Intelligence CEO Danielle DiMartino Booth said in an interview with Real Money that buybacks have been a serious buoy to the economy in 2018 and yanking that rug could be problematic.

"The Fed in a double-tightening mode, raising interest rates and shrinking its balance sheet assets, just as other major central banks begin a shift to tighter monetary policies - or at least less accommodative policies," she explained in a recent blog post. "That's removing liquidity from the global financial system."

DiMartino Booth said that liquidity is what will bring down buyback programs that are reliant on high cash reserves.

"It all kind of makes you stop and wonder exactly where U.S. stocks would be absent 2018's forecasted $1 trillion in share buybacks," she pondered.

It would appear investors will have to ponder the same headed into 2019.

Get an email alert each time I write an article for Real Money. Click the "+Follow" next to my byline to this article.
TAGS: Federal Reserve | Investing | Stocks