Many are wondering just how impactful crypto's swift crash is to Nvidia's (NVDA) expected results post-market.

Crypto mining has been a consistently contentious issue for Nvidia shareholders for some time.

The market aided a stock surge in 2018 following heavy investment in Pascal-chip-driven mining and later abetting a slump as coin prices crashed and diminished this drive.

The chart of Ethereum, a key currency that Nvidia chips were used for, is strikingly similar to Nvidia's trajectory it must be noted. 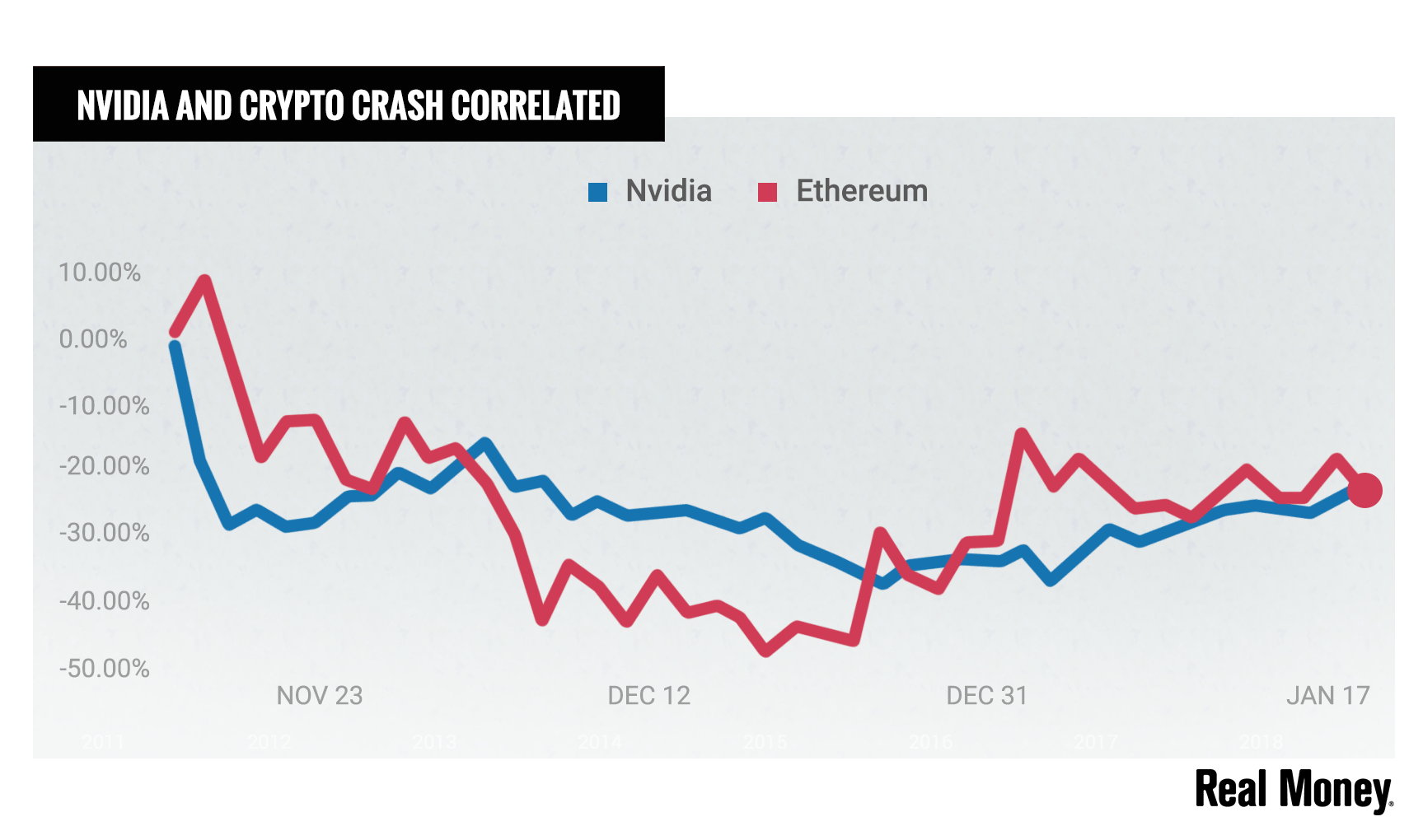 The correlation through the back half of 2018 is surprising given comments form Nvidia CEO Jensen Huang in early August.

"It is the case that we benefited in the last several quarters from an unusual lift from crypto," Huang explained at the time. "In the beginning of the year, we thought, and we projected that crypto would be a larger contribution through the rest of year."

But he added that he expected the impact to be "immaterial" for the second half of the year.

That outlook was swiftly reversed one quarter later when he scapegoated the crypto-mining industry for disappointing earnings in November.

Given his "hopeful", but uncertain outlook in the past, it's uncertain how clear the correlation remains even if it is not modeled in.

"I don't know about you, but if I am modeling for ZERO revenue from a particular segment of my business, then it shouldn't impact performance negatively unless somehow it produces gross negative revenue," Real money contributor Tim Collins wrote in his column ahead of the release.

However, that may indeed be how bad it has gotten as the company has been unable to control GPU supply amidst the crash as many OEM's sought to return excess supply as the Ethereum-driven demand evaporated.

PC OEM revenue decreased by almost 40% due to losses in crypto mining in the fiscal third quarter, according to SEC filings.

"We expect the near-term post-crypto inventory glut to be digested by mid- Spring leading to more normalized distribution channel and pricing/demand as NVIDIA launches the remainder of its mid-tier Turing portfolio," Cowen analyst Matt Ramsay said in a note after the pre-announcement, suggesting a persistent problem in the near term.

That hurts Pascal product sales as Turing continues to ramp for the quarter due to be disclosed.

"The implication of their [November] commentary is that a larger portion of demand in late 2017/early 2018 was for crypto than they had initially indicated, and that an end to the crypto bubble caused a channel refill which overshot," Morgan Stanley analyst Joseph Moore wrote on the impact. "As a result, in the January quarter, the company will literally ship almost no Pascal product into the channel, to allow inventory to clear." 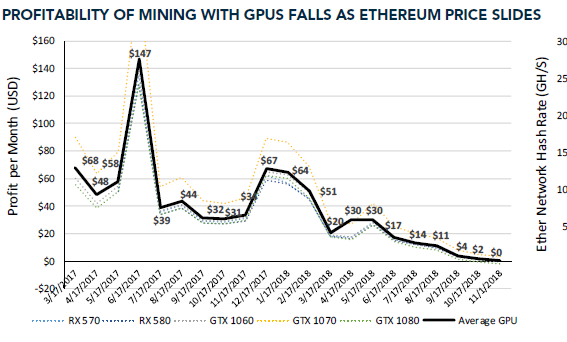 Still, the question that stands in the way of this bearish trend is a familiar one: How much worse can it get?

For the July-ended quarter, the last quarter where crypto revenues were fully broken out, cryptocurrency-related revenue included in OEM was only $18 million. That's not much to fall from.

That said, CFO Collette Kress modeled it to zero last quarter and that impact has already been touched upon.

What will be key in the earnings release this evening is a more reliable guide as to when we can truly take the crypto impact out entirely.

As Tim Collins pointed out, there remains reason for caution this evening.

Get an email alert each time I write an article for Real Money. Click the "+Follow" next to my byline to this article.
TAGS: Earnings | Investing | Stocks | Semiconductors & Semiconductor Equipment | Technology | China | United States | Cryptocurrency | Stock of the Day