As the market opens the year nearly as volatile as it ended 2019, dividends could be a key defensive play for investors and maybe no industries mark more consistent dividends than oil and energy.

As oil recovers and begins to stabilize both the stock price and cash flow of companies in the space, that thesis only strengthens.

"We told club members of Action Alerts Plus to patiently wait and wait and wait before adding to energy during the October-December swoon in oil," Jeff Marks, senior portfolio analyst for the team told Real Money. "Finally on Thursday, we added to one of our energy positions because we like how oil prices had stabilized and the drawdown in its stock price offered a very attractive dividend yield."

The energy pick available to club members is a bet on a long-awaited stabilization in oil prices, after Jim Cramer called a bottom in oil prices after months of declines.

More directly, companies like Stock of the Day Chevron (CVX) , as well as its peers ExxonMobil (XOM) , BP Plc (BP) , and Valero Energy (VLO) are all known for dividends based on their cash flow that keep investors warm in colder markets. A warming oil market helps that continue and adds strength to big buyback programs form companies like Chevron. 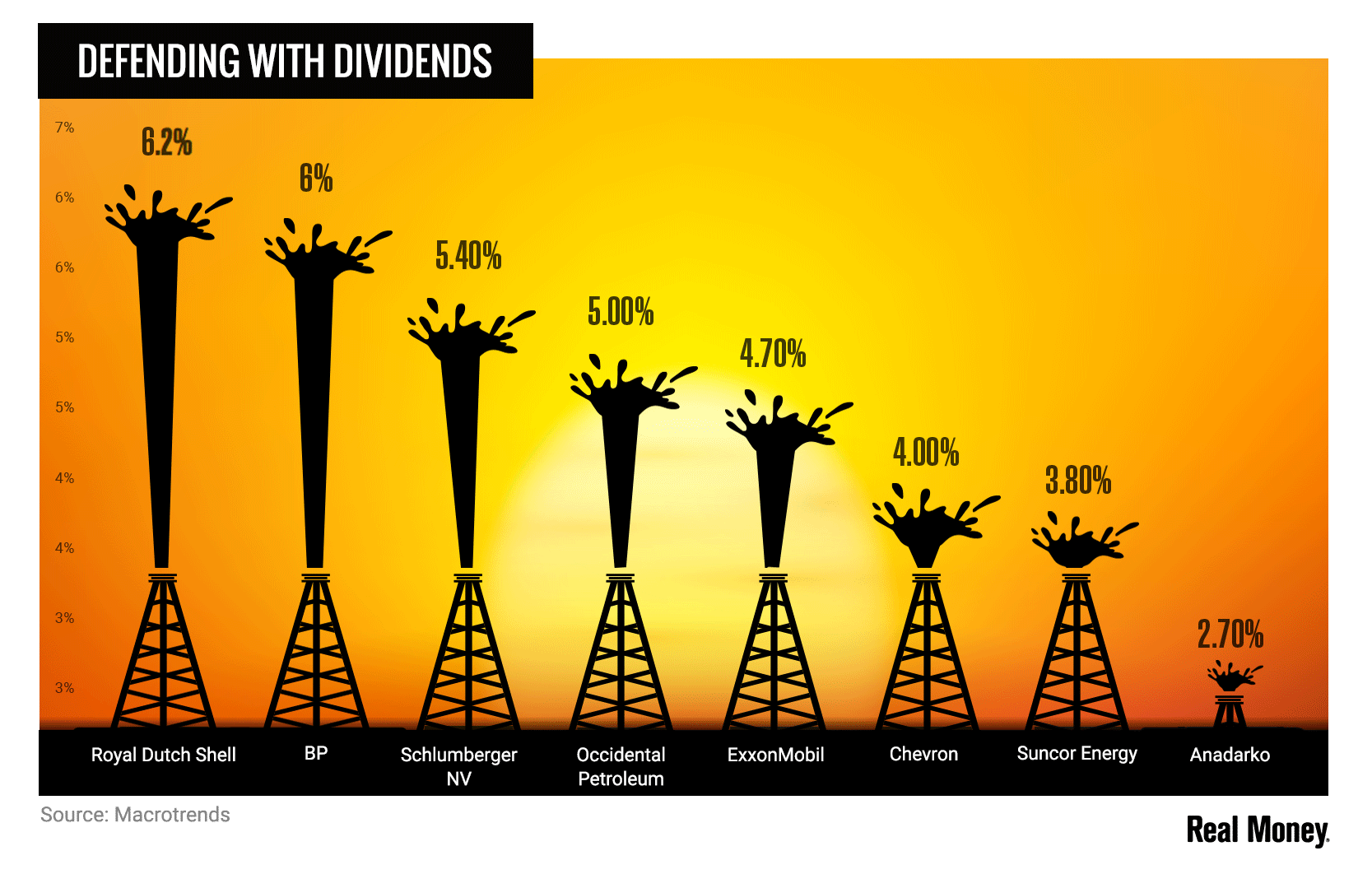 "As long as the investor keys in on the larger names that engage in both exploration as well as production, then one can at least expect sizable dividend payments that not only rival that of more-defensive sectors, but actually beat them," Stephen "Sarge" Guilfoyle wrote in a column earlier this week, extolling the virtue of safe dividend energy plays.

Additionally, the dividends appear to be very safe even if oil does falter a bit into 2019.

As oil declined into the $30 per barrel range in 2016, even many supermajors came under scrutiny in regards to how long they could maintain strong dividend payouts. Companies like Chevron were called upon by analysts to slash their dividends to make up for losses on oil costs, but remained firm.

In any event, oil prices are firming up as countries and companies alike try to wrangle the factors of supply and demand.

"If the market comes back down, I bet you Chevron is still up," TheStreet's founder Jim Cramer concluded in his outlook this morning.

As such, oil might have rebounded from a money pit to a safe haven at the turn of the year, helped in no small part by dividends that offer defense for tentative investors.