While Costco Wholesale  (COST) is getting attention for its minimum wage hike, the company is already a leader in fair pay.

Shares of the big box retailer have surged to their highest level since early December after an earnings report that easily bested estimates even amid the wage hike, which puts the company on par with Amazon (AMZN) for base pay.

"We announced that we're taking our starting wages from $14 and $14.50 up to $15 and $15.50 per hour in both the U.S. and Canada," CFO Richard Galanti told analysts on Thursday. "In addition, we're also increasing wages for supervisors and introduced -- and also introduced paid bonding leave for all hourly employees."

He noted that the increases will represent a three to four basis point headwind in SG&A expenses which will be felt through the front half of the year as the company seeks to be more fair with its pricing models and remain ahead of the retail industry curve. 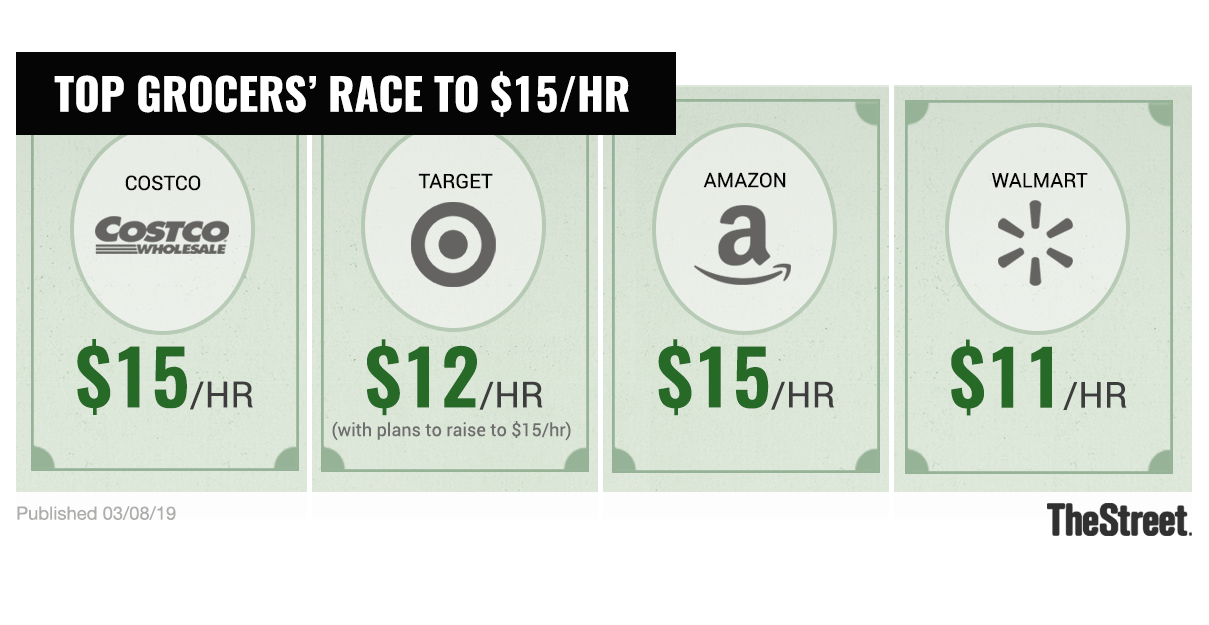 However, when the company's payment practices are fully examined, the company has long been ahead of its peers in terms of fair pay and appears more than capable of balancing livable wages for employees and returns for shareholders. 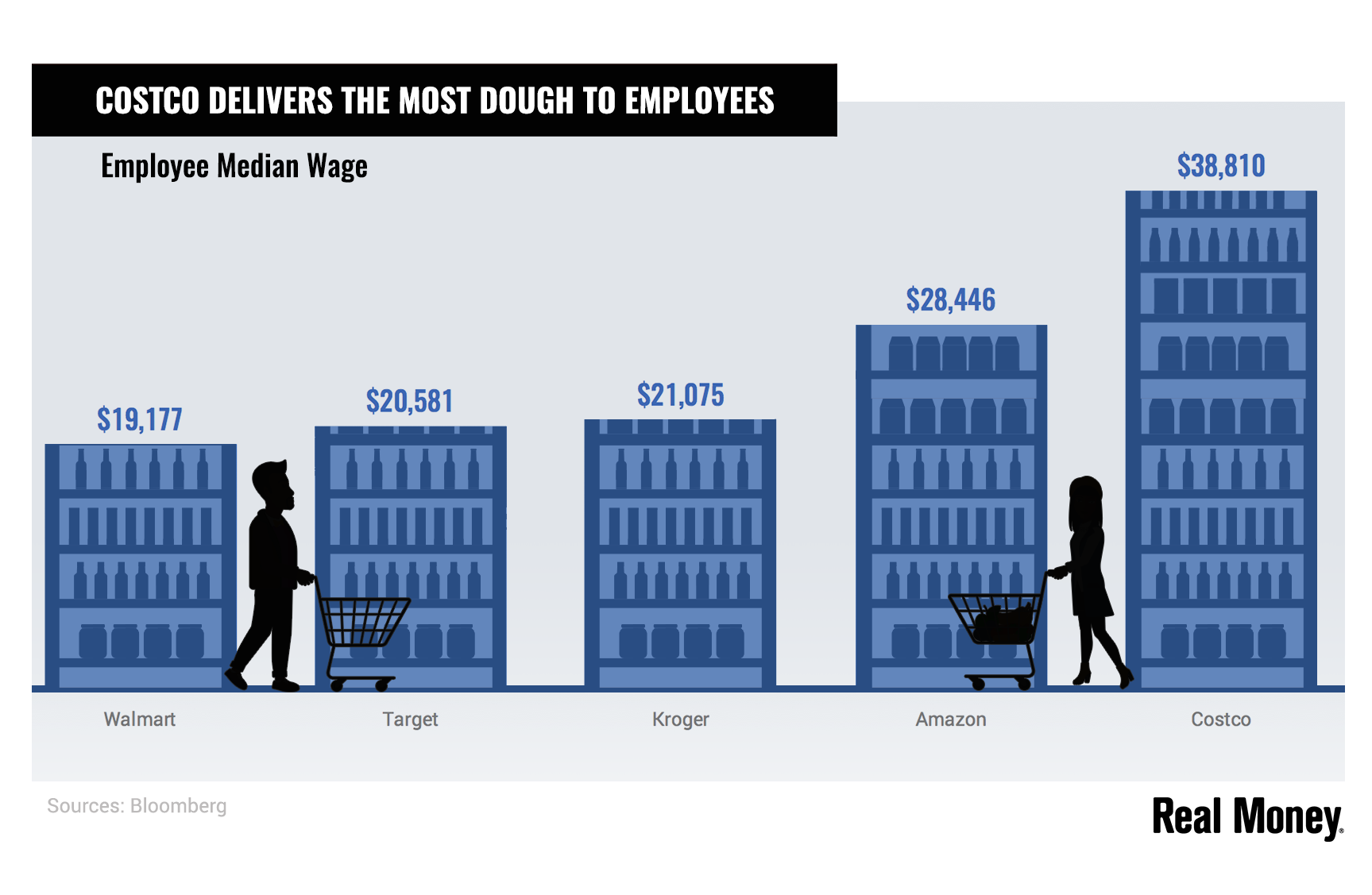 "The company seeks to develop long-term relationships with employees," a recent 14-A filing from Costco explains. "Those working in the Company's membership warehouses receive pay and benefits more generous than their counterparts at competitors. This long-term investment in its workforce has benefited the Company with greater loyalty, and the Company consequently benefits through what it believes to be the lowest employee turnover rates and the lowest shrink rate in the industry."

The benefits include equity grants, which company filings note are a "meaningful portion of compensation" for over 5,000 employees. The benefit is significant as it is something that Amazon has done away with in order to raise its minimum wage to $15 per hour, garnering approval from America's foremost Democratic socialist, Bernie Sanders.

The commitment of executives is clear as well, as the pay ratio of W. Craig Jelinek, Costco's CEO, to his median employee's salary is far below that of some of his peers.

In fact, only Amazon's pay ratio is lower, with Jeff Bezos electing to take a lower salary given his already enormous wealth. 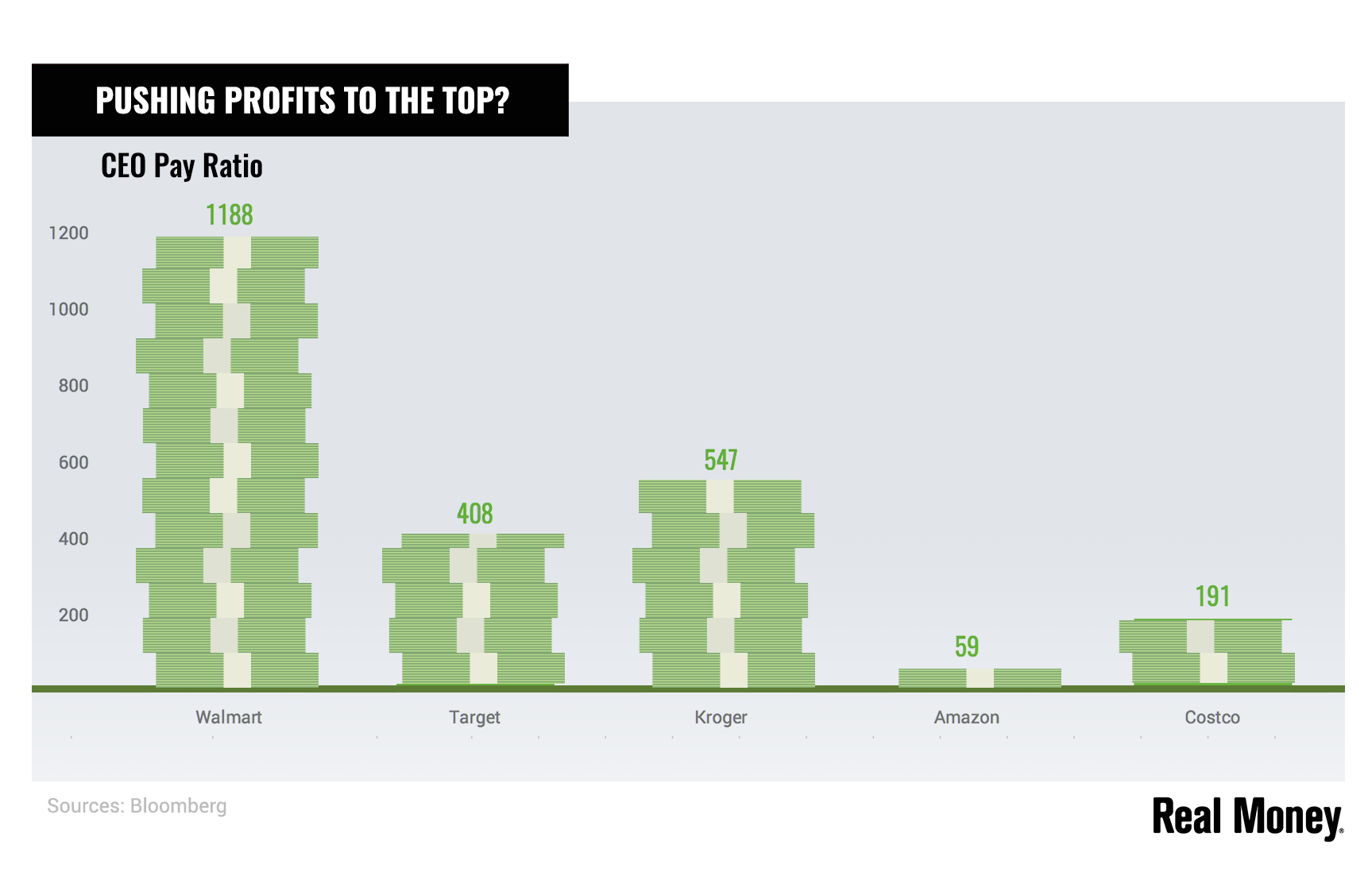 If politicians again push for higher wages and more equitable compensation for executives and employees, Costco is likely one of the last companies to be affected.

Get an email alert each time I write an article for Real Money. Click the "+Follow" next to my byline to this article.
TAGS: Earnings | Investing | Stocks | Consumer | Retail | E-Commerce | Analyst Actions | U.S. Equity | Stock of the Day