In the daily bar chart of SCHW, below, we can see that the shares made a small double top around $95 in January and February. In June and July we are seeing a small potential double bottom in the $60 area. Prices were trading below the bottoming 50-day moving average line on Friday but are approaching this line Monday morning. A close above this line at $65 will improve the picture.

Trading volume looks like it has dried but this month suggesting the shares are "sold out." The On-Balance-Volume (OBV) line looks like it has bottomed in June-July. The Moving Average Convergence Divergence (MACD) oscillator has been improving from early May but still remains below the zero line.

In the weekly Japanese candlestick chart of SCHW, below, we can see a recent lower shadow telling us that traders are rejecting the lows. The 40-week moving average line is pointed down.
The weekly OBV line shows a decline from March but perhaps has bottomed out in June-July. The MACD oscillator is below the zero line but narrowing towards a potential cover shorts buy signal.

In this daily Point and Figure chart of SCHW, below, we can see a potential downside price target in the $49 area. A trade at $66 should turn the picture more positive. 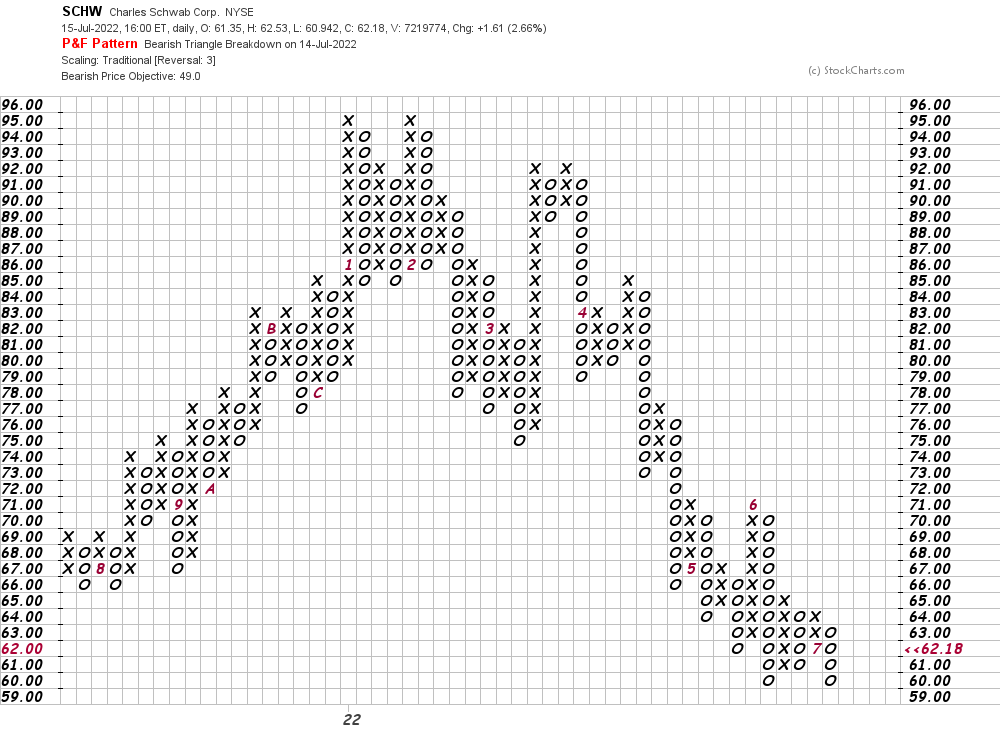 In this second Point and Figure chart of SCHW, below, we used weekly price data. A price target of $55 is shown but a trade at $65 or $66 should refresh the upside. 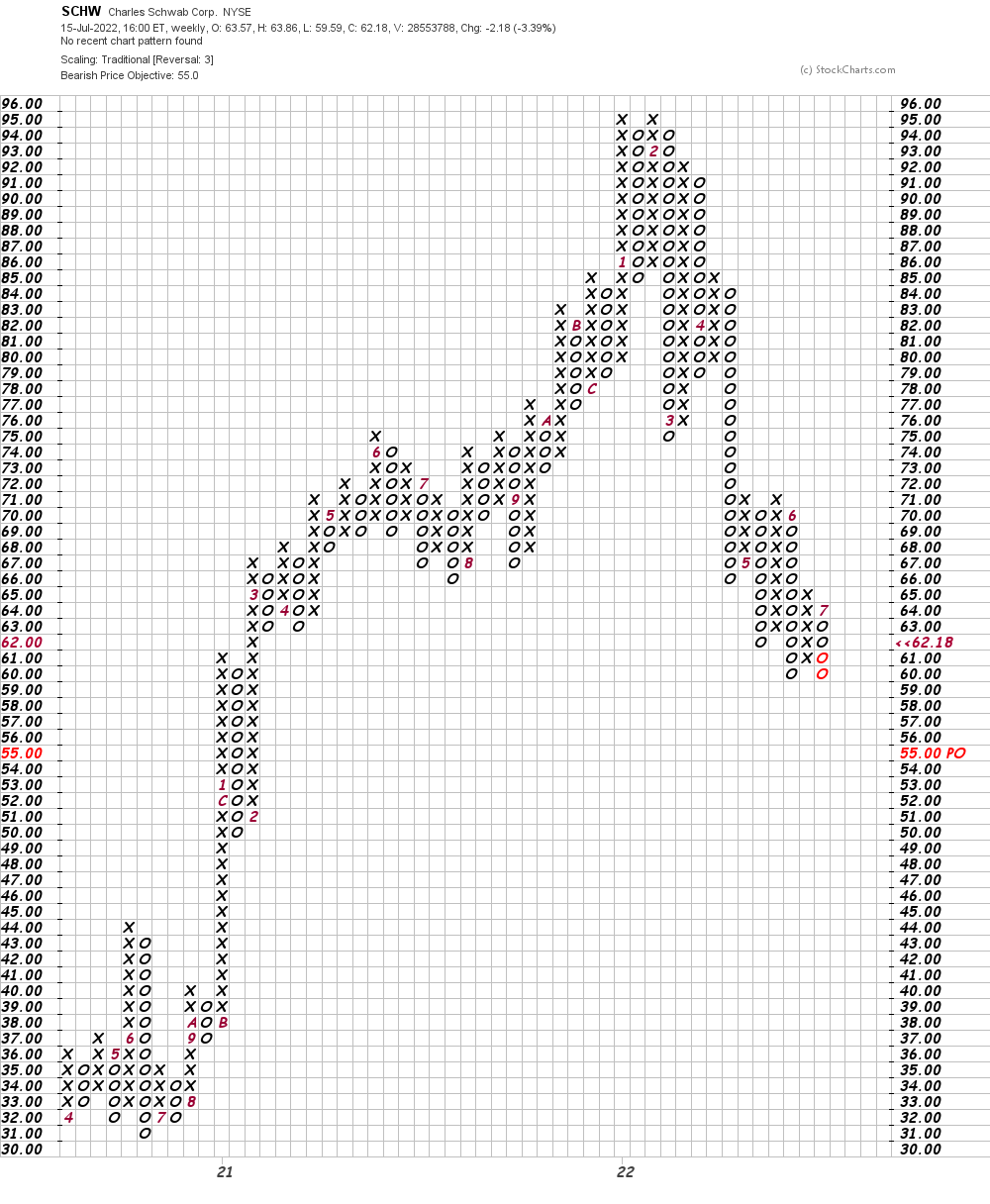 Bottom-line strategy: Aggressive traders could probe the long side of SCHW in early trading Monday. Risk to $59. A rally to the $75 area is possible.
Get an email alert each time I write an article for Real Money. Click the "+Follow" next to my byline to this article.
TAGS: Earnings | Investing | Stocks | Technical Analysis | Financial Services | Brokerages