During Tuesday's "Lightning Round" segment of Mad Money, one caller asked Jim Cramer about ChargePoint Holdings (CHPT) . "I'd buy it under $20. This whole industry is trading down right now," said Cramer about this company that has been building out an electric vehicle (EV) charging network.

The On-Balance-Volume (OBV) line has been stalled since December but weakness in recent weeks looks like sellers are being more aggressive. The Moving Average Convergence Divergence (MACD) oscillator moved below the zero line earlier this month for an outright sell signal. The lows of March, April and May are a tempting target.

In the weekly Japanese candlestick chart of CHPT, below, we can see three upper shadows since late June and that tells us that traders have rejected the highs. A weekly close below $20 will be bearish.
The weekly OBV line is bearish and so is the MACD oscillator.

In this daily Point and Figure chart of CHPT, below, we can see that the software is projecting a downside price target in the $18 area. 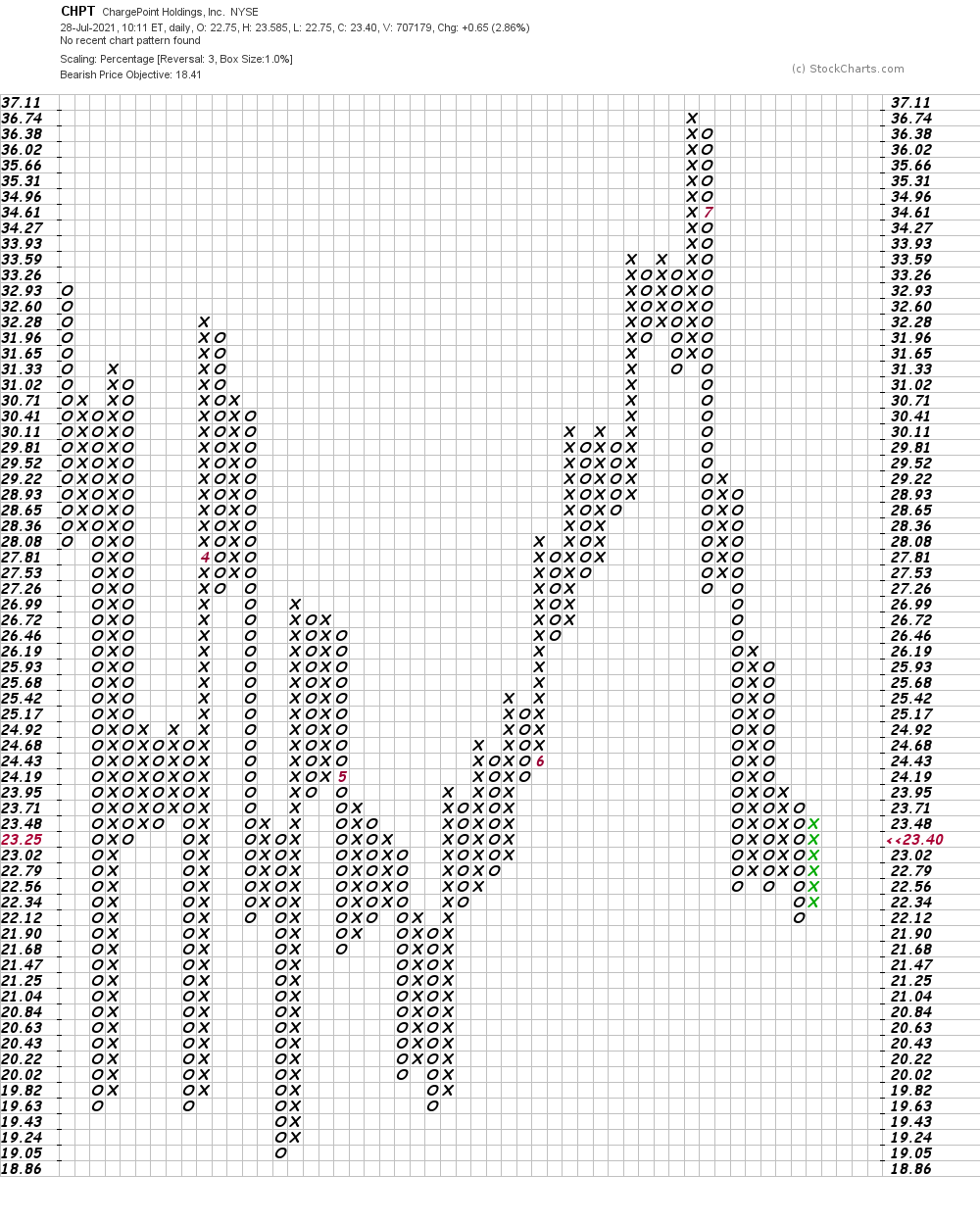 In this weekly Point and Figure chart of CHPT, below, we can see a potential longer-term price target in the $8 area.

Bottom-line strategy: CHPT could bounce and the March-May lows could hold but the chart suggests further weakness is possible. Avoid the long side of CHPT for now.
Get an email alert each time I write an article for Real Money. Click the "+Follow" next to my byline to this article.
TAGS: Investing | Stocks | Technical Analysis | Transportation | Mad Money | Electric Vehicles