In his "No-Huddle Offense" segment of Mad Money Tuesday night and in his Real Money column, Jim Cramer said he hates markets that surge higher for no reason, but in the case of the industrials, he thinks he knows why it's happening.

Cramer said when Caterpillar Inc. (CAT) reported hideous earnings, shares initially plunged $6, but now they're breaking out to the upside. Cramer said jumps in stock prices like this don't come from humans. Humans aren't willing to pay up big for a stock without positive news supporting the move. Machines, however, will buy at any price. Cramer explained there are likely not enough sellers in these stocks to meet the demand from machine-managed ETFs.

Real buyers, Cramer concluded, wait for weakness. That's the only explanation for these unjustified rallies.

Let's check out the charts of CAT now that they are firmly above the April high.

In the daily bar chart of CAT, below, we can see how strong prices have been since early October. CAT is firmly above the rising 50-day moving average line as well as above the now-rising 200-day line. The 50-day average is close to crossing above the 200-day line, which would be a moving average crossover buy signal known as a "golden cross." This buy signal is typically late to the game as prices are well off their lows.

The trading volume looks like it has been heavier since early October and that is a bullish sign for old chart readers like myself who like to see volume increase in the direction of the trend. The daily On-Balance-Volume (OBV) line started to turn up at the end of May as buyers of CAT began to get more aggressive.

The Moving Average Convergence Divergence (MACD) oscillator has been crossing above and below the zero line since May but in early October it moved up to a new high and outright go long signal.

In the weekly bar chart of CAT, below, we can see that prices are above the 40-week moving average line, which has recently turned higher. Prices are also above the highs of 2019 and that is a bullish signal, too.

The weekly OBV line has strengthened since August and is close to making a new all-time high. The MACD oscillator on this longer-frame just crossed the zero line for a new outright go long signal.

In this first Point and Figure chart of CAT, below, we can see the breakout at $143.60 and the $174 price target being projected. 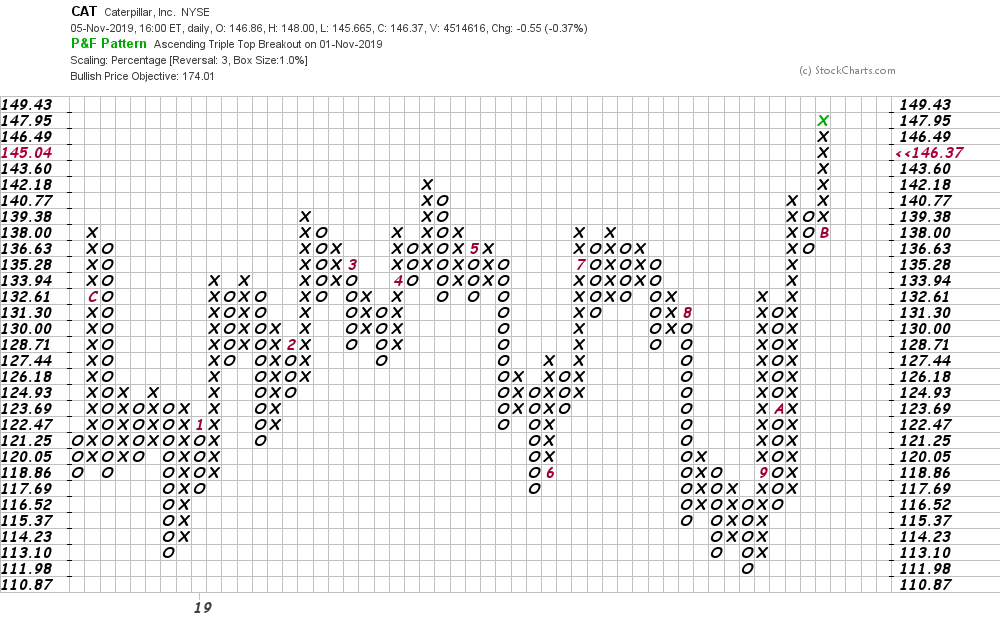 In this second Point and Figure chart of CAT, below, we used weekly close-only price data to construct the chart. This data change allows for a longer-term price target of $193. 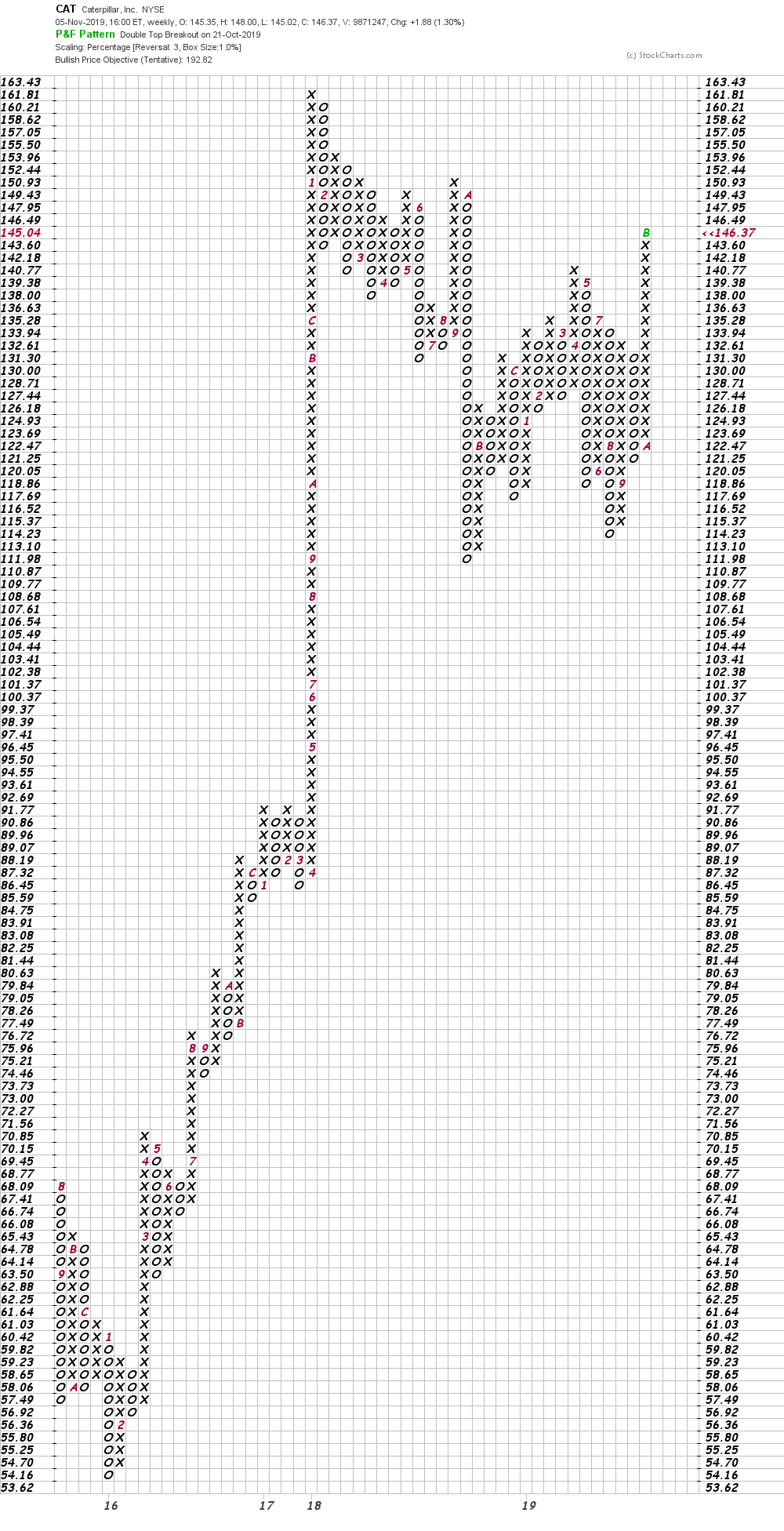 Bottom-line strategy: I am impressed with the rally so far for CAT and anticipate further gains in the months ahead. Traders and investors could go long CAT at current levels risking a close below $137 for now. Our price targets are $175 and then $200.

Get an email alert each time I write an article for Real Money. Click the "+Follow" next to my byline to this article.
TAGS: ETFs | Investing | Stocks | Technical Analysis | Trading | Construction & Engineering | Metals & Mining | Mad Money