Cardinal Health (CAH) may finally have the right medicine.

The CAH chart, below, shows the stock price had been in a consistent downtrend from January of this year, making a series of lower lows and lower highs. However, late August saw a violation of that downtrend line and the stock managed to make a higher high in mid-September.

The market selloff in October resulted in CAH successfully testing its $50.00 support level. Now, the stock has managed to move above high volume resistance at the $54.50 level that has been a barrier since June. Good trading volume has accompanied this move Thursday. 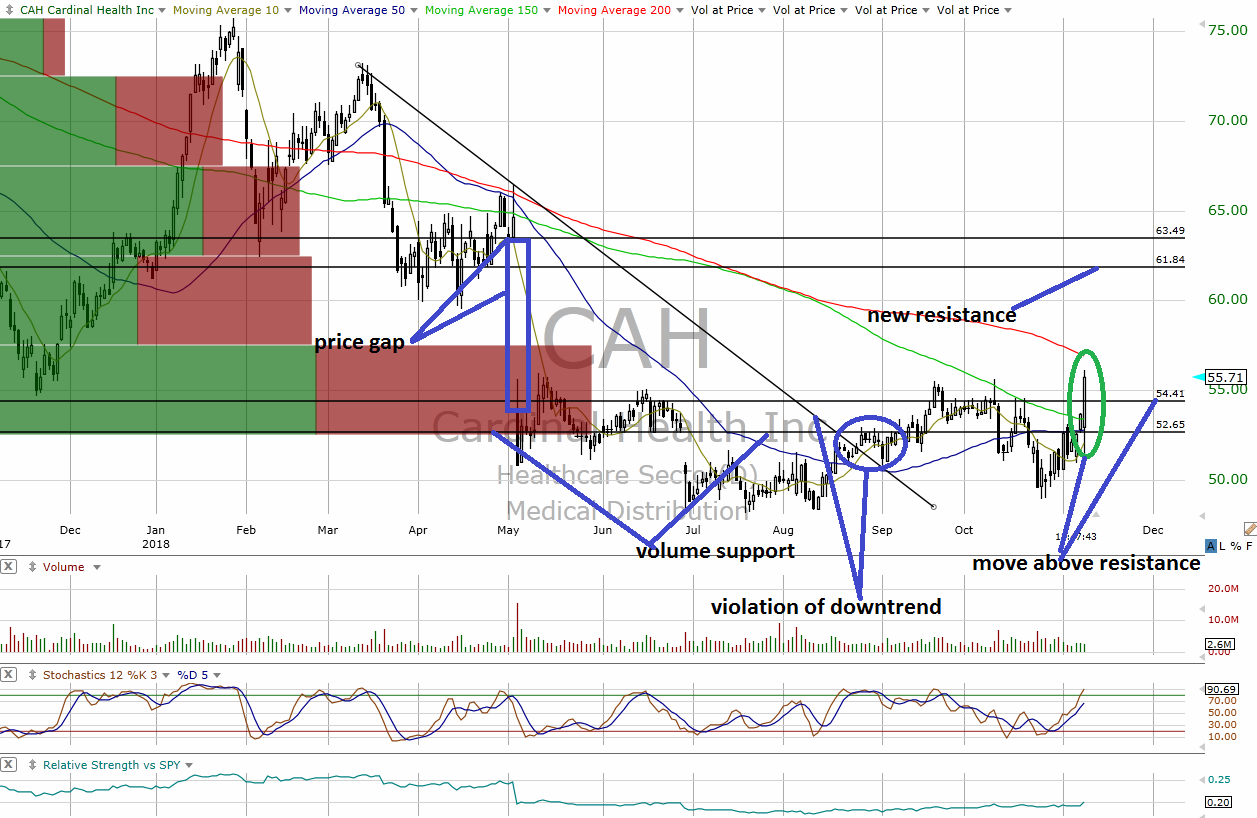 In our opinion, there is now no substantial overhanging supply until the $62.00 level with a gap just above that at $63.50. We suspect support to appear around $52.50. Also, CAH has regained its position above its 50-day and 150-day moving averages. Relative strength to the S&P 500 is showing improvement as well.

Given that CAH had previously violated its downtrend, based for approximately six months and has now violated long-standing resistance with respectable volume, we believe it has formed a bullish reversal pattern.

As we fast approach the unofficial kickoff of earning season, I think it is key to note that expectations are running extremely high.

The completion of an antitrust investigation into China's dominant online marketplace removes a significant overhang from the stock.

Invest in SpartanNash, so You Don't Have to Live Like a Spartan

Let's revisit SPTN, which we looked at here earlier this year.

Rotation Is the Key Issue as Earnings Season Starts

The reaction to earnings from the big banks this week should give us some insight into market sentiment.

Jim Cramer: When the Next Rate Hike Comes It's a Time to Buy Not Sell Stocks

If you want to sell in the next hike all I can say is you are listening to the bears who have been shown to demonstrate historical ignorance.