Shares of Generac (GNRC)  have picked up a new fan from a sell-side firm starting fundamental coverage with an "overweight" rating. However, the stock has been more than cut in half in just seven months and we could be in for further declines.

Let's power up a few charts to see what's happening.

In the daily bar chart of GNRC, below, we can see the big decline in price the past year. Prices declined into a low in May and have been retesting that low in June. Trading volume has been heavy in the past two months suggesting a change of ownership from weak hands to stronger hands but the On-Balance-Volume (OBV) line has remained in a downward trend. A weak OBV line tells us that sellers of GNRC are more aggressive than buyers and this tends to point the way lower for prices.

The Moving Average Convergence Divergence (MACD) recently turned down below the zero line for an outright sell signal.

In the weekly Japanese candlestick chart of GNRC, below, we see a mixed picture. Prices are in a downtrend and trade below the negatively sloped 40-week moving average line. There are a few lower shadows around the $210 area but these shadows are not all that big and "jump out at you."
The weekly OBV line has declined from July of last year but has stabilized in recent weeks. The MACD oscillator is below the zero line in sell territory.

In this daily Point and Figure chart of GNRC, below, we can see a potential downside price target in the $178 area. 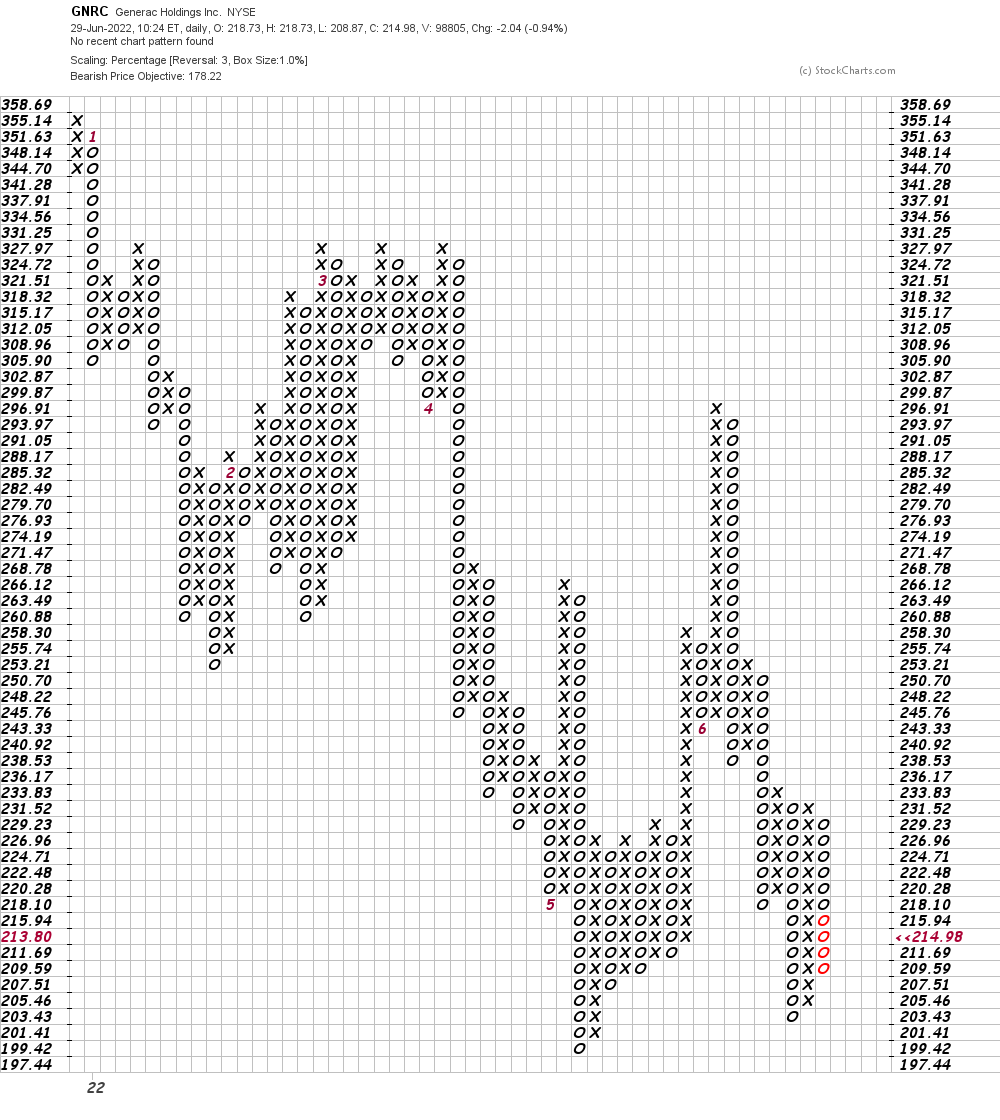 In this weekly Point and Figure chart of GNRC, below, we can see a price target of $68.

Bottom-line strategy: Sometimes the fundamentals and the technical indicators are on the same page and sometimes they are not. Right now the charts of GNRC do not support a sustained advance. Avoid the long side.
Get an email alert each time I write an article for Real Money. Click the "+Follow" next to my byline to this article.
TAGS: Investing | Stocks | Technical Analysis | Energy | Household Products | Analyst Actions