Shares of Ford (F) are trading higher this Monday but what's around the bend for this Action Alerts PLUS holding? We were positive on Ford's technical progress way back on Oct. 13 but a fresh look is warranted with a recent analyst initiation.

In the daily bar chart of F, below, we can see that prices have been bouncing off the rising 50-day moving average line in the back-end of March. The slope of the 200-day average line is positive.

The On-Balance-Volume (OBV) line has been flat since the early part of February and suggests that there is a balance between the buyers and the sellers of F.

The Moving Average Convergence Divergence (MACD) oscillator peaked in late January and has been moving downward toward the zero line. The MACD oscillator looks like it is narrowing so we could see a new buy signal in the days/weeks ahead.

In this weekly Japanese candlestick chart of F, below, we can see a mixed picture. Prices are in an uptrend above the rising 40-week moving average line. The weekly candles are showing some hesitation.
The OBV line shows a down move in March and the MACD oscillator is showing some narrowing.

In this long-term weekly bar chart of F, below, we can see that prices broke a downtrend that began back in 2014. The longer a trend is in force the more important it becomes when the trend is broken. (By the way, if the long-term downtrend in interest rates from 1981 is being broken it should not be ignored.)

In this daily Point and Figure chart of F, below, we can see that prices reached their price target of $13.25. 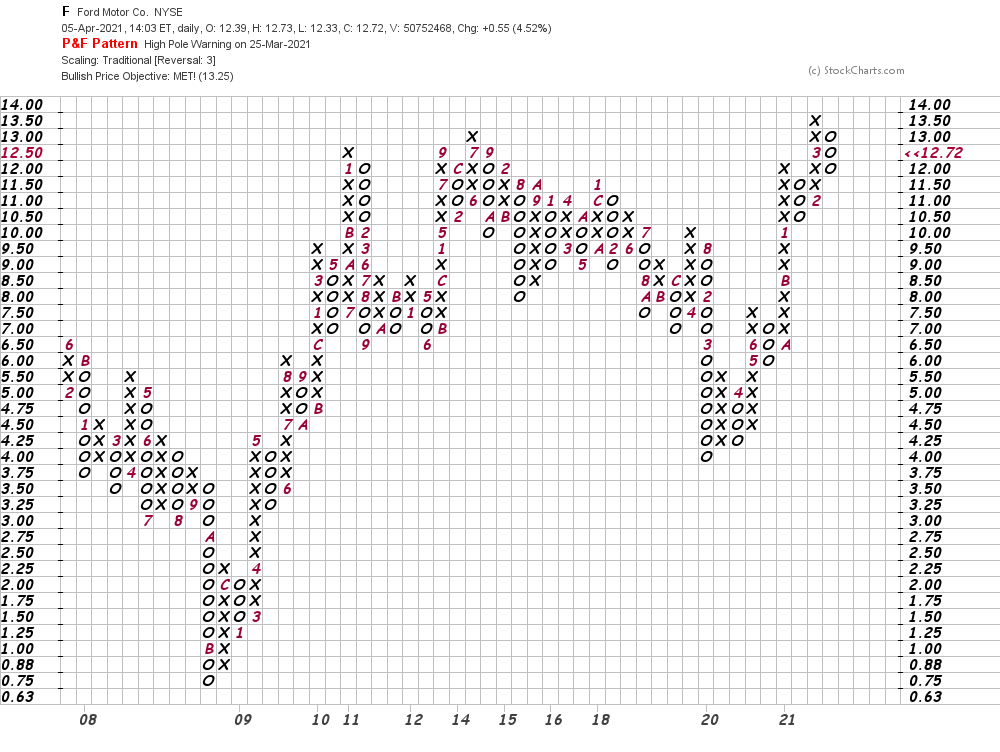 In this weekly Point and Figure chart of F, below, we see that the $24 area is the next longer-term price objective. A trade at $14 is needed to refresh the uptrend. 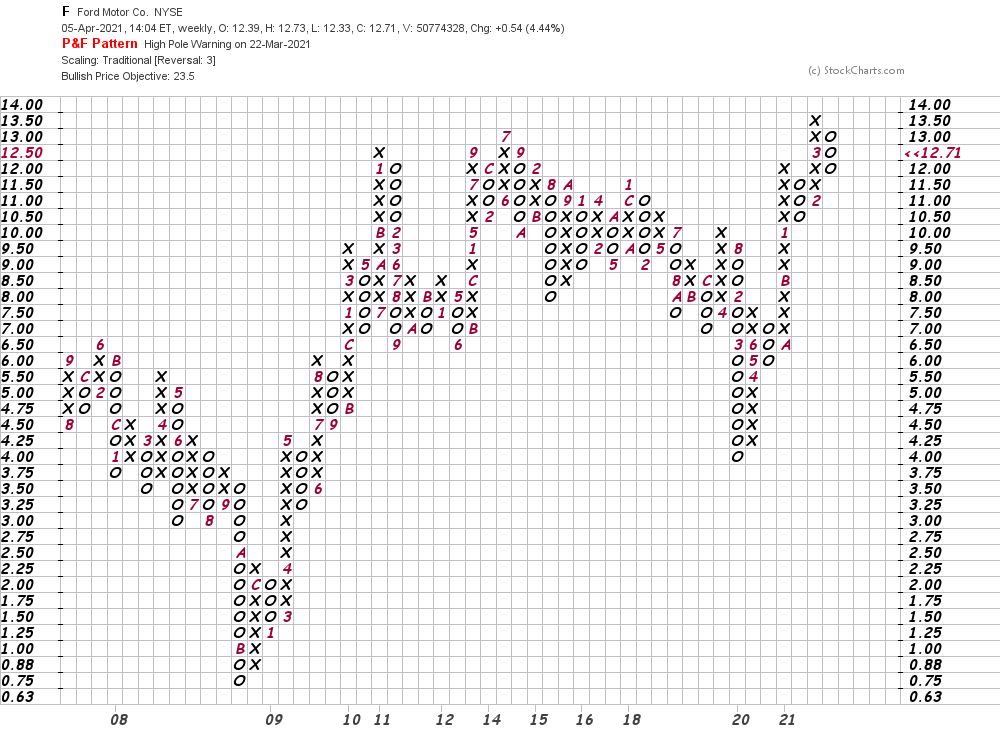 Bottom-line strategy: F could trade sideways for several weeks before renewed gains. Raise stops to $10.75 and $24 is our longer-term price objective.
(Ford is a holding in Jim Cramer's Action Alerts PLUS member club. Want to be alerted before Jim Cramer buys or sells F? Learn more now.)
Get an email alert each time I write an article for Real Money. Click the "+Follow" next to my byline to this article.
TAGS: Investing | Stocks | Technical Analysis | Automotive | Transportation | Action Alerts PLUS | Analyst Actions | Electric Vehicles