Newlands said that Constellation is finally getting its inventory back to normal levels and many of the shortages the company is currently seeing are due to strong demand.

Newlands was also excited for their recent partnership with Coca-Cola (KO)  to bring alcoholic versions of Fresca to consumers. In the deal, Coke will provide the concentrate and Constellation will manufacture, distribute and market several new flavors.

Constellation recently upped their capital spending to $5.5 billion and Newlands explained all of that money will be put into their brands and increasing capacity to meet growing demand for their products.

Let's check out the charts and indicators before it turns five o'clock.

In the daily bar chart of STZ, below, we can see that the shares made a strong rally in December to break out to a new high. On Thursday prices made a large downside reversal day -- a new high for the move up but then a big decline and weak close. The lagging indicators -- moving averages -- are still bullish as STZ trades above the positively sloped 50-day moving average line. The 200-day line has a positive slope too. We can also see a bullish golden cross of these two indicators last month.

The On-Balance-Volume (OBV) line shows a rise from late September but it may have peaked with prices Thursday. The Moving Average Convergence Divergence (MACD) oscillator is about to cross to the downside for a take profit sell signal.

In the weekly Japanese candlestick chart of STZ, below, we see a shifting picture. Prices are in an uptrend above the rising 40-week moving average line but an upper shadow above $250 tells us that traders rejected the highs.

The OBV line has generally followed prices higher the past three years. The MACD oscillator is bullish for now.

In this daily Point and Figure chart of STZ, below, we can see that prices reached a price target of $247. 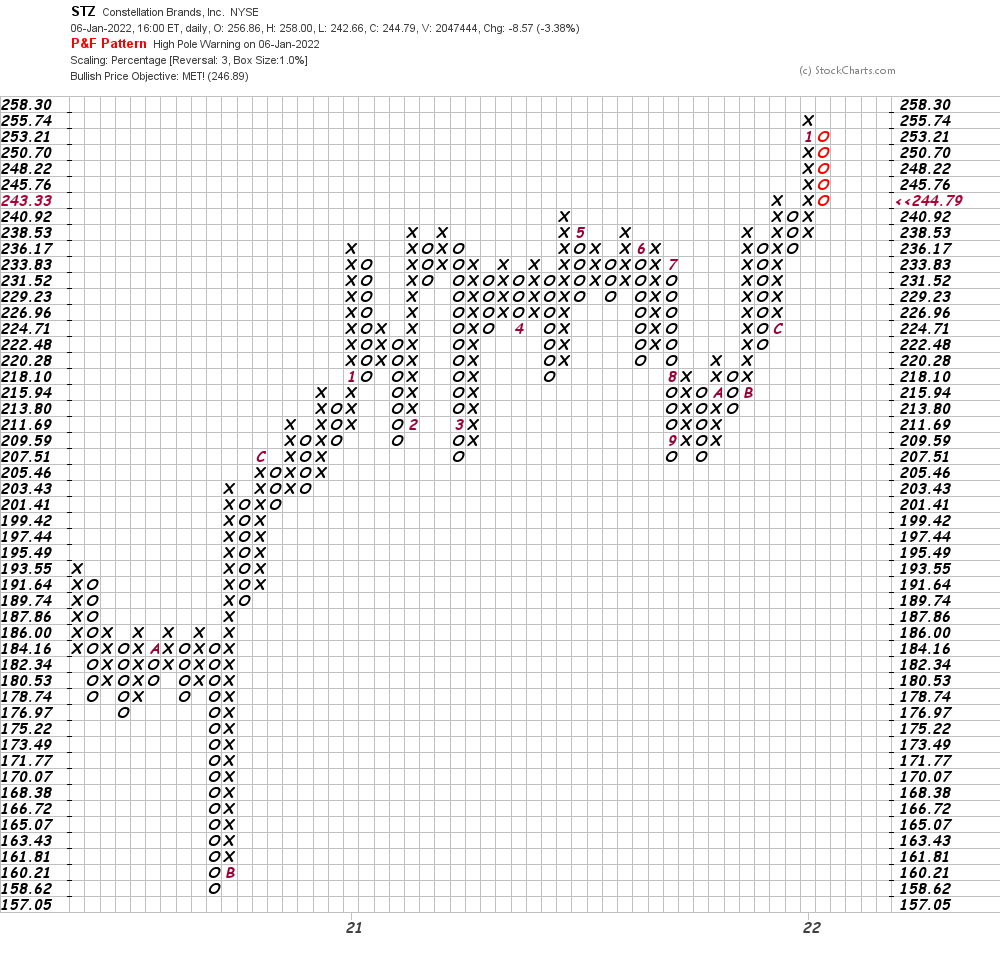 In this second Point and Figure chart of STZ, below, we can see that the same $247 price target was reached but on a longer time frame. Most of the time a weekly chart shows a bigger target than the daily chart. 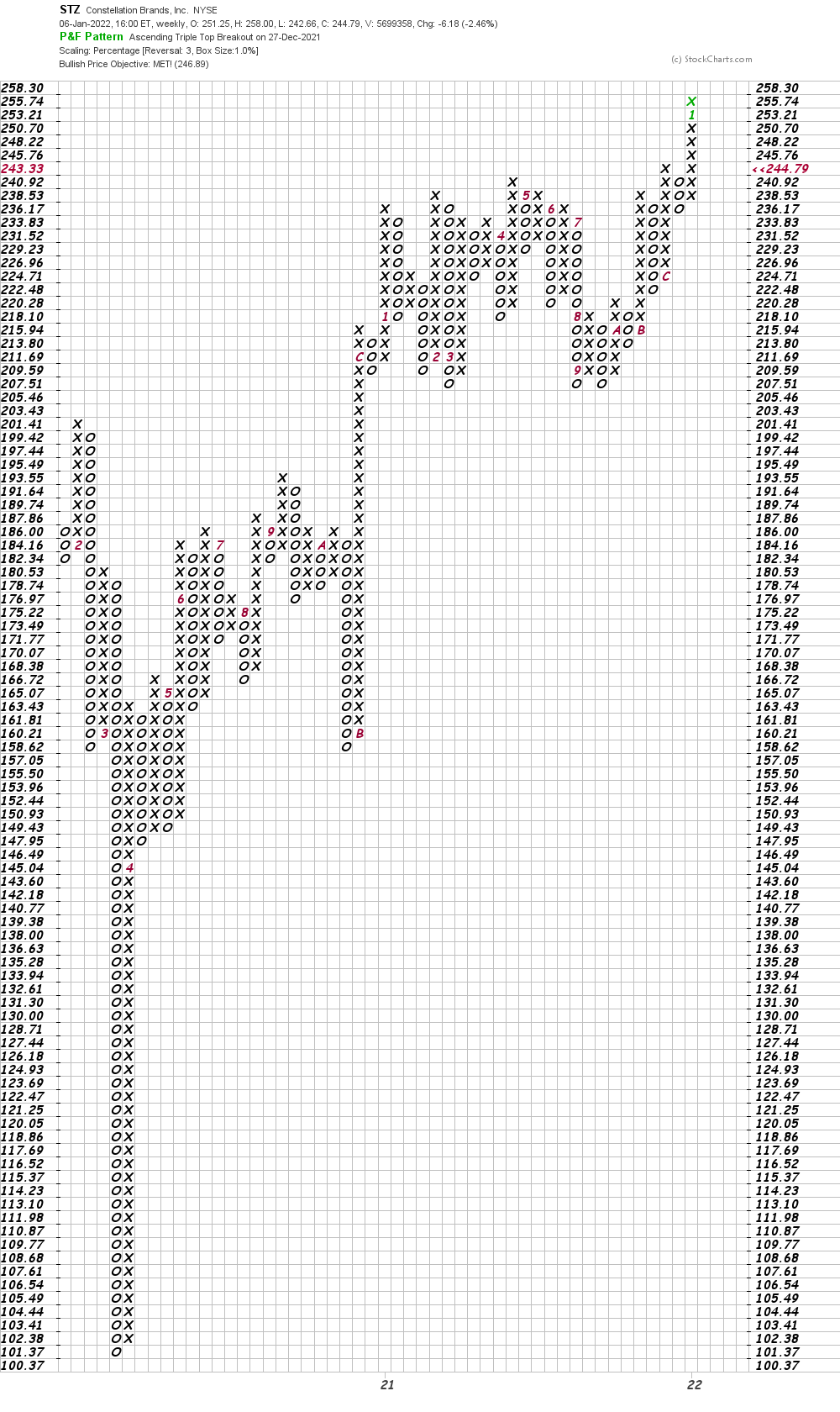 Bottom-line strategy: In our update on STZ on Oct. 1 we wrote that "... the charts have improved recently and that makes me feel optimistic about the stock in the fourth quarter. Traders could go long again above $220." Traders who are long STZ should take profits in light of Thursday's key reversal day and reaching price targets from the Point and Figure charts.

Get an email alert each time I write an article for Real Money. Click the "+Follow" next to my byline to this article.
TAGS: Earnings | Investing | Stocks | Technical Analysis | Beverages | Mad Money | CEO Interview