Singh said Chewy's business is resilient because pets are essential, 70% of its business comes from auto-shipped products and it's a data-driven organization that knows exactly what their customers need.

Let's check out the charts to see if the rally from the March low will keep purring along.

The daily On-Balance-Volume (OBV) line shows a rise beginning in November and continuing into June. This tells us that buyers of CHWY have been more aggressive with heavier volume being traded on days when the stock has closed higher.

The trend-following Moving Average Convergence Divergence (MACD) oscillator moved above the zero line in March for an outright go long message or signal that is still in effect.

In the limited weekly bar chart of CHWY, below, we can see a positive picture. Prices are above the rising 40-week moving average line.

The weekly OBV line is rising and the MACD oscillator is very bullish.

In this daily Point and Figure chart of CHWY, below, we can see the recent new high and minor breakout. The chart is indicating a potential $80 price target. 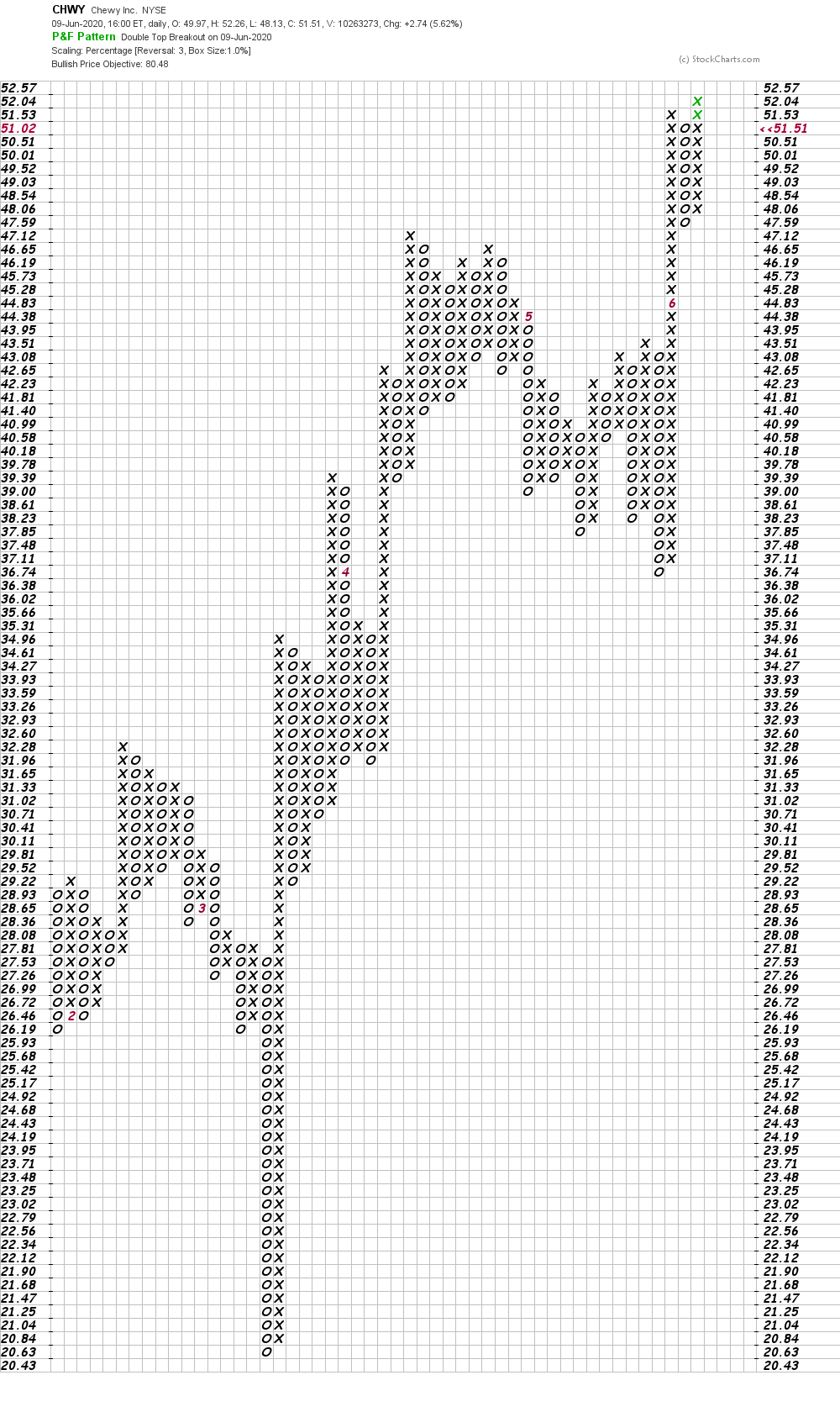 Bottom-line strategy: My youngest son and daughter-in-law have several pets and have been ordering from Chewy from before the pandemic. Pets rule? I don't know about that but the charts and indicators of CHWY are bullish. Traders could go long CHWY at current levels risking a close below $44 with a potential upside price target in the $80 area.

Get an email alert each time I write an article for Real Money. Click the "+Follow" next to my byline to this article.
TAGS: Earnings | Investing | Stocks | Technical Analysis | Pets | E-Commerce | Mad Money | Executive Interview