Let's check out the charts of ADBE.

In the daily bar chart of ADBE, below, we can see how share prices corrected lower in February and March. From March's low we have seen prices double. Prices have reacted to the downside this month but have tested but not broken the rising 50-day moving average line. Prices also tested the rising 50-day line in August. The slower-to-react 200-day moving average line has been bullish for the past twelve months.

The On-Balance-Volume (OBV) line shows only a very shallow decline in March followed by a long advance telling us that buyers of ADBE have been more aggressive. The Moving Average Convergence Divergence (MACD) oscillator crossed to the downside the other day giving us a take profits sell signal as the oscillator remains above the zero line.

In the weekly bar chart of ADBE, below, we see a picture of a stock that has outperformed for a long time. Prices are in an impressive uptrend above the rising 40-week moving average line.
The weekly OBV line has leveled off in recent months after a multi-year rise. The MACD oscillator is bullish but some recent narrowing needs to be watched.

In this Point and Figure chart of ADBE, below, we used daily price data. Here the software reads the X's and O's as distribution (selling) and projects a possible downside price target of $390. 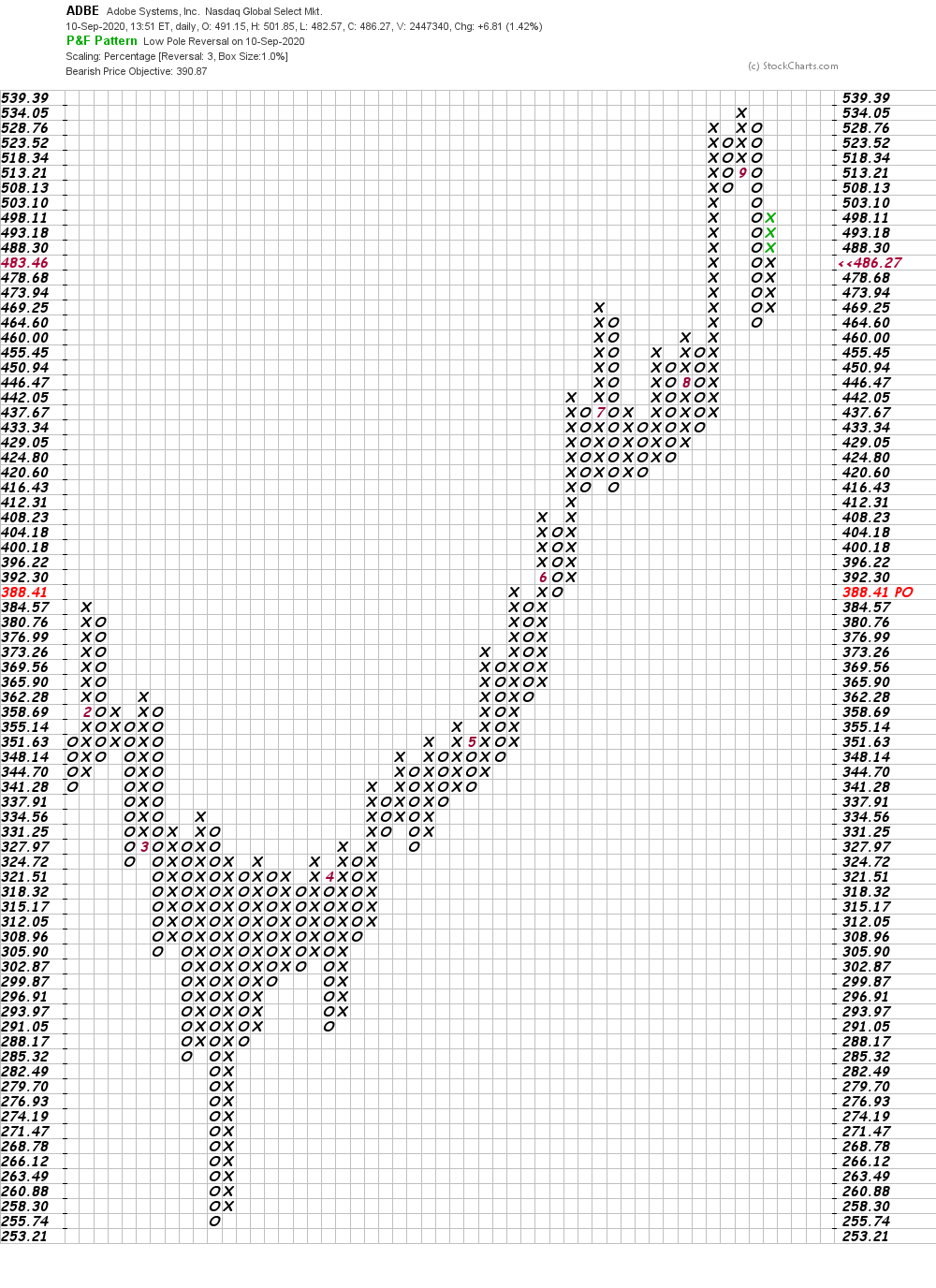 Bottom-line strategy: Adobe's charts look positive and I would trade ADBE from the long side as long as the $440 level holds (the halfway point of the support in the $460-$420 area).
Get an email alert each time I write an article for Real Money. Click the "+Follow" next to my byline to this article.
TAGS: Investing | Stocks | Technical Analysis | Software & Services | Technology | Mad Money | Analyst Actions