The charts of the major equity indices remain positive, but some of the data still suggests an increased potential for some retracement of the recent gains. Meanwhile, the valuation metrics continue to show a compression of current versus fair valuation.

Now for a closer look.

The S&P 500 (see below) and DJIA closed above near-term resistance as the Nasdaq 100 and Value Line closed at resistance. 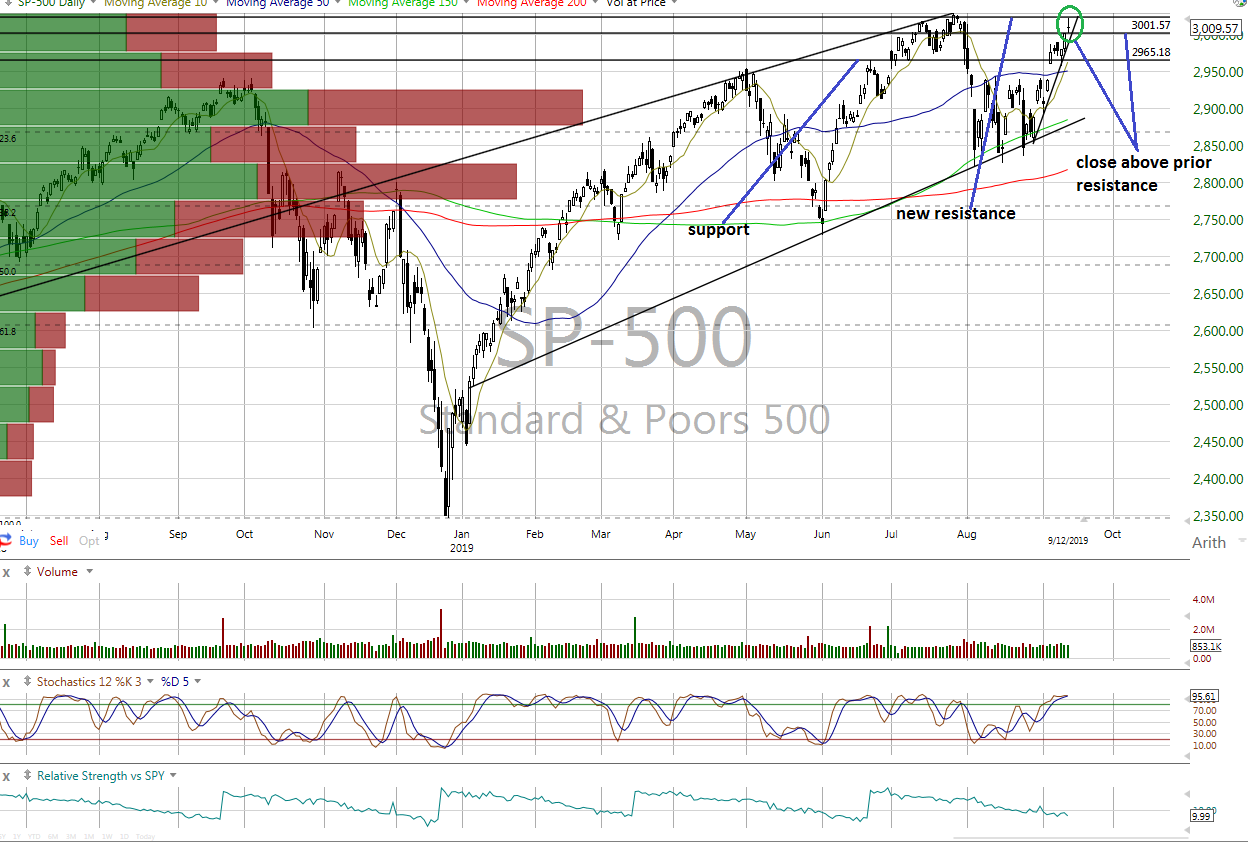 The NYSE saw positive breadth but negative up/down volume as the Nasdaq's internals were positive.

All of the near-term trends remain positive as are the cumulative advance/decline lines.

High "volume at price" (VAP) levels remain supportive. However, all of the stochastic levels are well into overbought territory, implying potential risk is present.

As all will know, downside moves in the markets of late have occurred with wide price gaps, giving little or no time to respond effectively. This also adds to our neutral outlook.

All of the one-day McClellan Overbought/Oversold Oscillators remain overbought (All Exchange:+81.58 NYSE:+73.23 Nasdaq:+94.21). Like the stochastic readings, they imply an increase in retracement potential.

The detrended Rydex Ratio (contrary indicator) is neutral at +0.28 as is the percentage of S&P 500 stocks trading above their 50-day moving averages at 67.1.

Valuation continues to look appealing, with the 12-month consensus earnings estimate from Bloomberg for the S&P 500 dipping to $171.54 per share, leaving the forward P/E multiple at 17.5x while the "rule of twenty" finds fair value at 18.2x. We would note these earnings estimates have been declining over the past week from $172.25 as the markets have moved higher.

The earnings yield stands at 5.7%.

While not riding the trend may be heretical from a chart standpoint, the increase in downside risk has elevated via the stochastic readings, OB/OS levels and compression in the valuation gap. As such, we believe it is appropriate to maintain our near-term "neutral" outlook for the major equity indices.

Get an email alert each time I write an article for Real Money. Click the "+Follow" next to my byline to this article.
TAGS: Indexes | Investing | Markets | Stocks | Trading | U.S. Equity