Last week I posed the question: How fast would folks turn bullish? We knew, based on the indicators then that if we went down any further, sentiment toward the market would be at a bearish extreme.

To this I can add that the put/call ratio for the Volatility Index went up over 100%. Last Monday it was 16%. Again, Jimmy John's fast: Last Monday the bears were out in full force, and Friday the bulls came out of the woodwork.

Just as a reminder, low put/call ratios tend to be bearish for the underlying security, and high ones tend to be bullish, because we take the contrarian view that too many puts bought relative to calls is bullish for stocks. In the case of the VIX, you have to think opposite, because a low reading is a bet on a higher VIX, or lower stocks, and a high reading is a bet on a lower VIX, or higher stocks.

Also the 10-day moving average of the put/call ratios are heading down, which tends to be market-bullish overall. It takes lower ratios to turn the moving averages down. It's when you get too many lower readings -- or an extreme one, like under 50% -- that it's gone too far.

The bottom line is that the readings from Friday show us the willingness of folks to jump back on the bull train quickly. In the past, it has meant a few days of pullback and going sideways.

Sticking with sentiment, the Market Vane Bulls and Consensus Inc Bulls are both quite low. These surveys are taken early in the week so they do not include the rally at the end of the week. They take time to turn, so I consider them intermediate-term in nature. They go on the bullish side of the ledger. 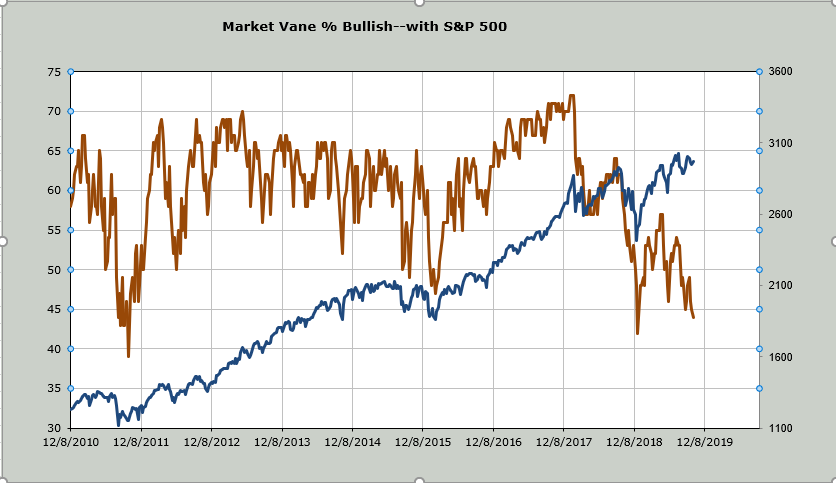 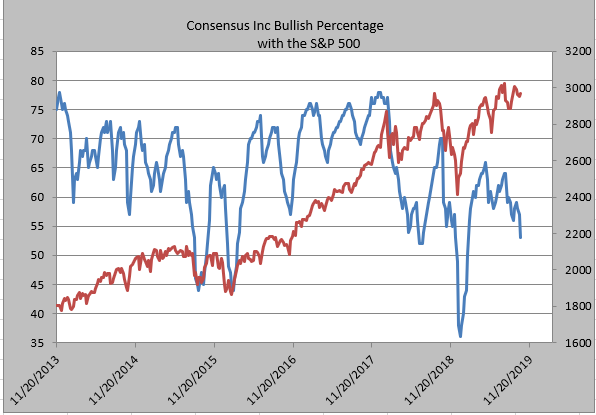 But all the other indicators remain mixed.

There is one chart that is quite important in the week ahead. It's the ratio of the Bank Index to the S&P. The banks report earnings in the coming week, so that's why I think timing-wise, this chart is important.

In September, when it was on the rise, I drew in this two year down trend line and said I thought we'd stop at the line. We did, but notice that we didn't fall back and make a lower low, but just a dip. Now we have the downtrend line and three prior highs coming in at essentially the same place.

If the Bank Index relative to the S&P can cross that line, it's a very big change in the market. One reason is these are banks, not a group that is overwhelmingly loved. But another reason is that everyone knows the S&P has had a lid on it around 3000 since January 2018, which is where that downtrend line dates back to. Therefore, I would view a crossing of that line as a major change.

Market Shrugs Off Virus for Now, Looks to Apple and Fed Instead

Both will have news within the next 26 hours that could determine what happens next.