All the major equity indexes closed higher last Friday but on lighter volume than the prior session. Nonetheless, all closed near their intraday highs, with several charts breaking above resistance as well as some 150-day and 200-day moving averages. As such, all the charts remain in near-term bullish trends and still lack potential sell signals.

On the other hand, some of the data signals are getting more cautionary and suggesting the increasing likelihood of some correction/consolidation of the significant market gains after the June market lows. While we continue to respect the near-term uptrends, we would start getting a bit more cautious regarding adding new long positions as some pause would not be uncommon given the data levels noted above.

All closed at or near their intraday highs with only the Dow Jones Transportation Average failing to break above resistance. 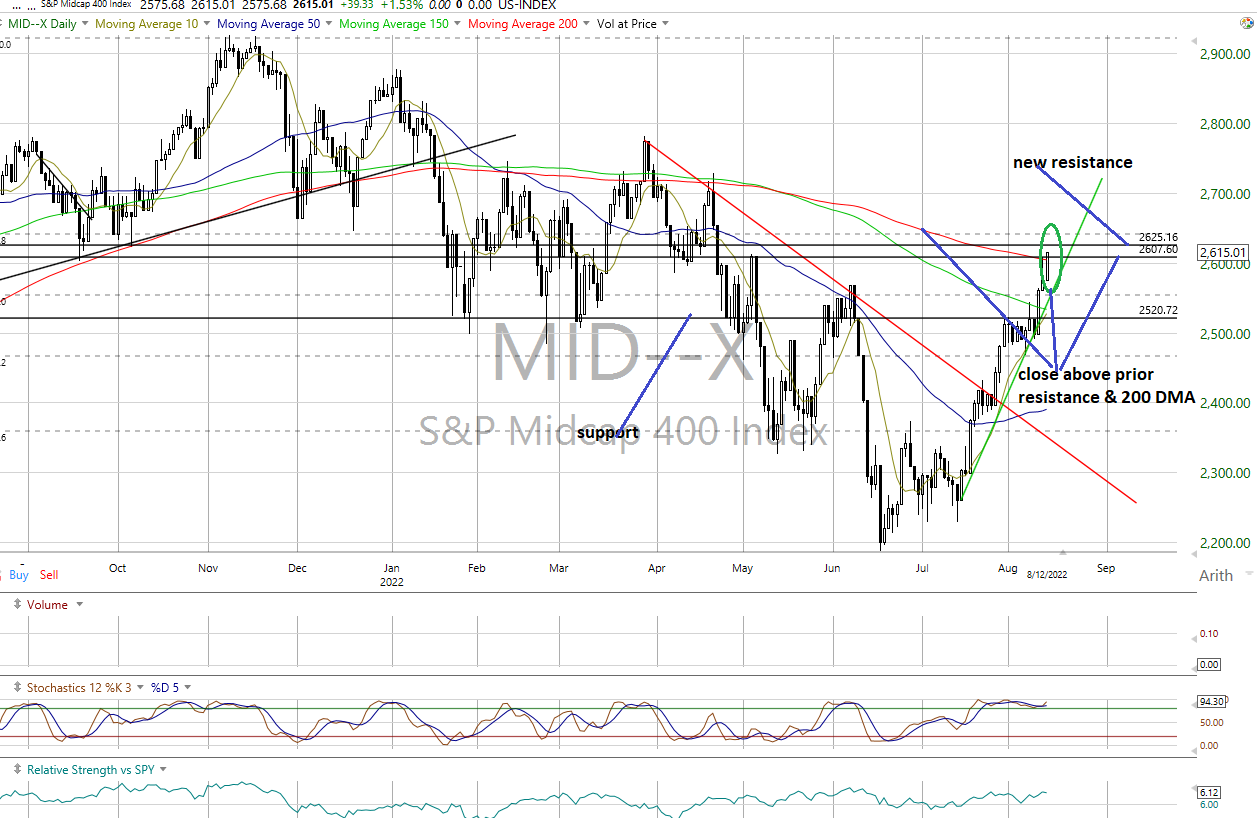 As such, there is nothing to argue with on the charts while market cumulative breadth remains strong on the All Exchange, NYSE and Nasdaq.

All stochastic levels are overbought but have yet to generate any bearish crossover signals.

All are overbought with the NYSE extremely overbought (All Exchange: +97.58 NYSE: +109.46 Nasdaq: +90.03) while the 21-day levels are the highest since November 2020. They suggest price sensitivity is likely prudent.

The percentage of S&P 500 issues trading above their 50-day moving averages (contrarian indicator) moved further into bearish territory at 92%. As a point of reference, it was around 13% at the June market lows.

The detrended Rydex Ratio (contrarian indicator) ticked up to -0.28 and is neutral as well.

Last week's AAII Bear/Bull Ratio (contrarian indicator) moderated further as the crowd became a bit less fearful at 1.38. Thus, it is now "bullish" versus its prior "very bullish" implications.

The forward 12-month consensus earnings estimate from Bloomberg for the S&P 500 had a minor uptick to $233.05. As such, the valuation spread has widened notably with the S&P 500 forward multiple at 18.4 and a premium to the "rule of 20" ballpark fair value at 17.2. T

To keep things in perspective, the DJIA is up over 4,000 points from its June low with the McClellan Overbought/Oversold flashing red as valuation has become, in our opinion, somewhat stretched. By our interpretation, they suggest some prudence should be exercised currently within the ongoing uptrends.