By BRUCE KAMICH Jan 10, 2023 | 10:52 AM EST
Stocks quotes in this article: BYDDF, BRK.A, BRK.B
China-based BYD Company (HK:1221) ( BYDDF) manufactures automobiles, buses, electric bicycles, trucks, forklifts, solar panels and rechargeable batteries in China and elsewhere. Warren Buffett's Berkshire Hathaway ( BRK.A) ( BRK.B)  , a long-time investor in the company, reduced their stake in BYD's total issued H-shares to 13.97% on Jan. 3 from 14.06%, a filing to the Hong Kong Stock Exchange showed on Monday.
Let's check out the charts and technical indicators on the BYD.
In this daily bar chart of BYD's Hong Kong shares, below, I can see that prices slid lower from July to October and were cut in half. The shares are trading just above the 50-day moving average line but below the declining 200-day line.
The On-Balance-Volume (OBV) line declined too and made lows in October and November. Trading volume increased around these two lows and suggests we may have seen a shift in ownership. The Moving Average Convergence Divergence (MACD) oscillator is slightly above the zero line in bullish territory.

In the weekly Japanese candlestick chart of BYD's Hong Kong shares, below, I see a problematic chart. In the past three years prices have made a major rally followed by a large topping process. Prices made a large double top around HK320. A break of the trough of the top pattern around HK180 should have opened the way to a deeper decline.
The weekly OBV line shows a decline from July. The MACD oscillator shows lower highs from 2021 but a recent cover shorts buy signal.

In this daily Point and Figure of BYD's U.S. OTC-traded BYDDF shares, an upside price target in the $37 area is shown. A trade at $21 will weaken the picture. 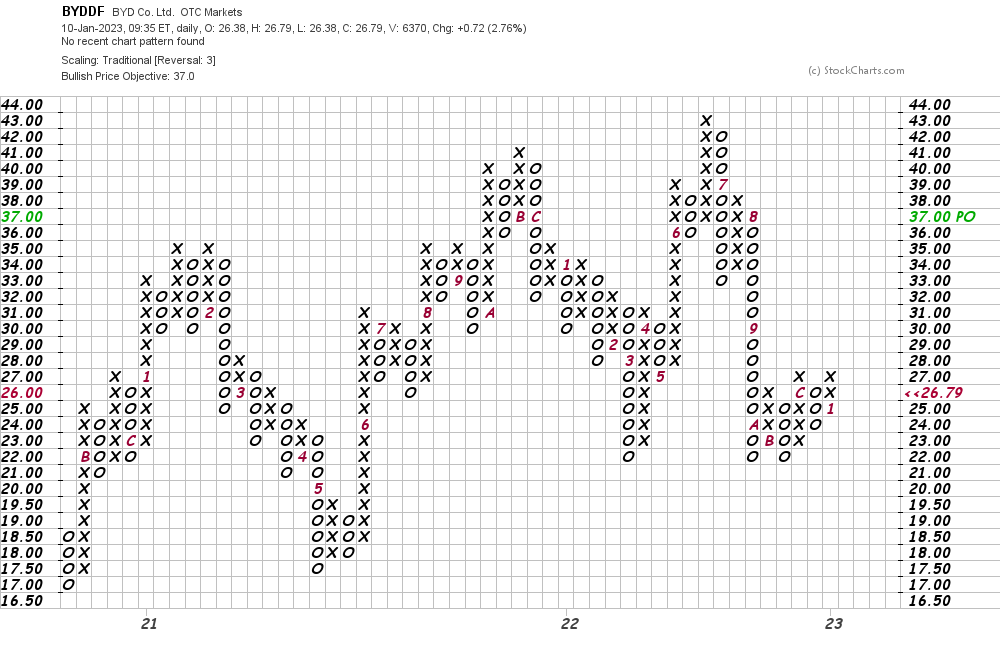 In this weekly Point and Figure chart of BYDDF, below, I see the same $37 price target as the daily chart above. Again, a trade at $21 will be negative. 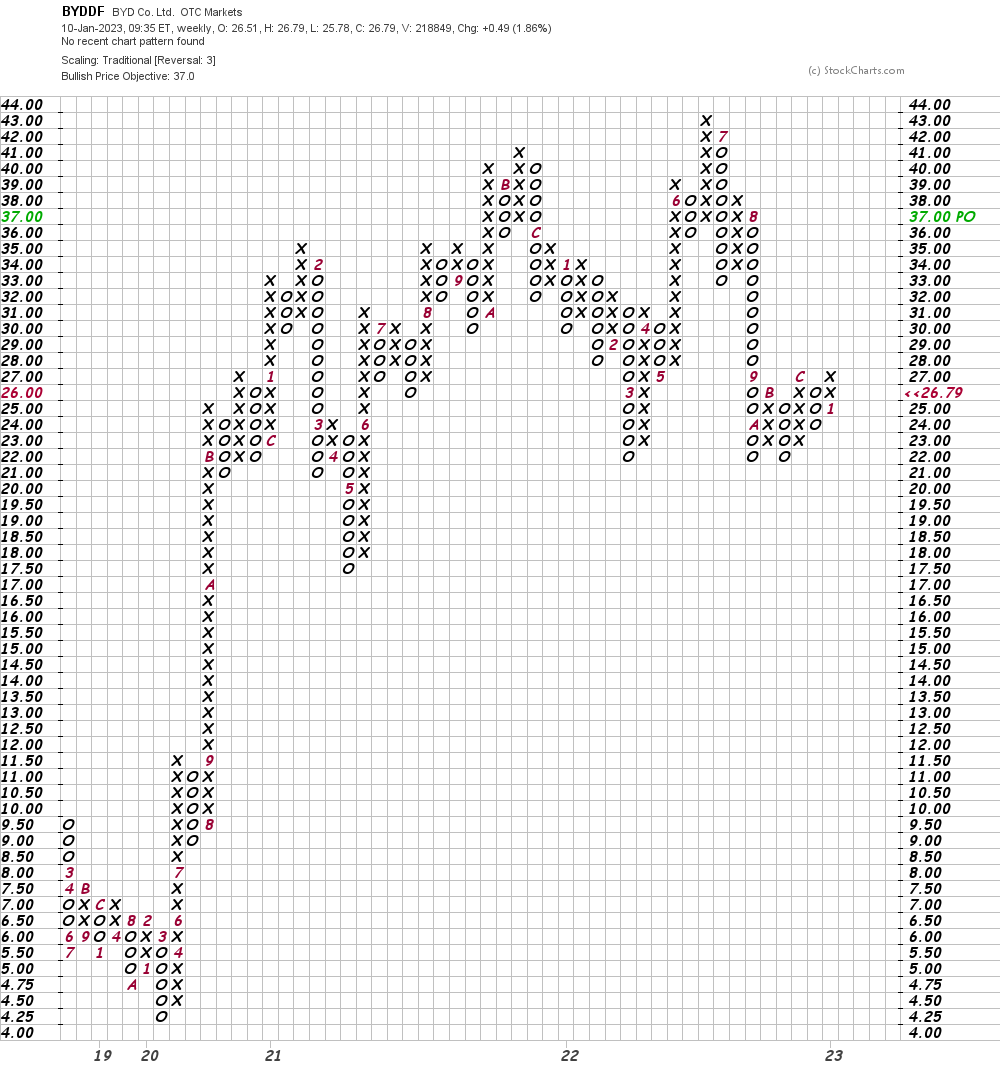 Bottom-line strategy: A lot of investors want to emulate Warren Buffett but I don't recommend getting involved with shares listed in Hong Kong or on the U.S. pink sheets. Berkshire has reduced its position but it still owns a significant stake.
Get an email alert each time I write an article for Real Money. Click the "+Follow" next to my byline to this article.
TAGS: Investing | Stocks | Technical Analysis | Technology | China | Global Equity | Warren Buffett | Electric Vehicles