The cars Tesla Inc. (TSLA) manufactures are fast and can really accelerate in the blink of an eye. The price of TSLA has been accelerating on the downside the past few weeks and further weakness seems likely. Let's put on our seat belts and check out the charts and indicators of this unique automaker.

In the daily bar chart of TSLA, below, we can see three peaks in price -- the middle of June, early August and early December. The $255 area held in September and October and only briefly in late March. Support was broken and now traders need to look way back at the end of 2016 for a possible support area. Prices are trading well below the declining 50-day moving average line and the bearish 200-day line.

The daily On-Balance-Volume (OBV) line just made a new low for the move down from June of 2018. The Moving Average Convergence Divergence (MACD) oscillator has been below the zero line since December which is a sign of a weak market.

In the weekly bar chart of TSLA, below, we went back four years to look for potential support. Reading the chart from right to left we can see that the next area where TSLA held was the $195-$180. That was a long time ago so traders may not react the same way again. Prices are below the declining 40-week moving average line.

The weekly OBV line has declined a few months telling us that sellers of TSLA have become more aggressive. The weekly MACD oscillator is below the zero line and pointed lower -- indicating to us that the downtrend is still going strong.

In this Point and Figure chart of TSLA, below, we can see a downside price target of $189 being projected. This would be a good test of the $195-$180 potential support area mentioned above. 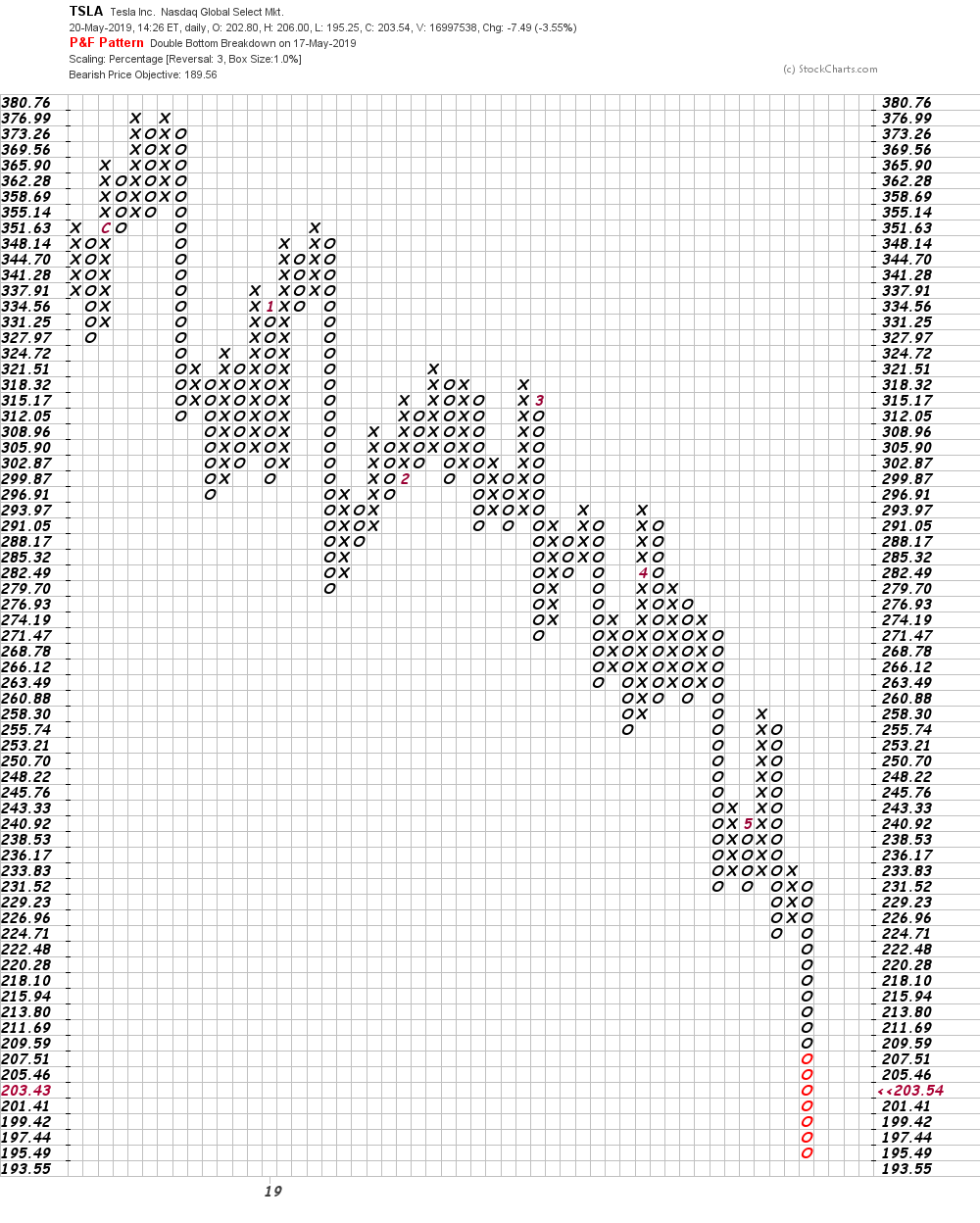 Bottom-line strategy: Prices are stretched to the downside but barring a tweet or rumor we are likely to see TSLA trade still lower in the days ahead.

Get an email alert each time I write an article for Real Money. Click the "+Follow" next to my byline to this article.
TAGS: Investing | Stocks | Technical Analysis | Automotive | Technology