We may as well start with the buck, because as we've discussed there are two, possibly three, lower highs, but still no break of that uptrend line.

I will say that if you want the sort of break that feels fresh, you probably want to see a rally for a day or two. That would give the Dollar Index a running start to cross the line. Right now if it breaks the line it might exhaust itself, because it is already down from 113 in a straight line. I have drawn in blue what I would consider a good break.

What would that mean? Well that trend line represents the trend that has been in place throughout 2022, so a break of it represents a change in trend.

We can see the opposite trend in the chart of the iShares MSCI Emerging Markets ETF  (EEM) . This is still a long way off from crossing the downtrend line around $38, but if the buck breaks it should help the emerging markets.

We certainly got some choppiness and volatility in Tuesday's market. I continue to expect that type of action this week. But did any of the indicators change? Yes and no.

I continue to monitor the number of stocks making new highs. On the New York Stock Exchange, that peak was on Nov. 1 (so far) at 98. You can see that Tuesday's rally did not surpass Monday's reading and they are approximately 20 below that peak reading. The S&P did not get up to last week's highs, but recall that new highs were increasing daily in late October. I will give it a bit more time to see an increase, but the last two days we have not seen it. 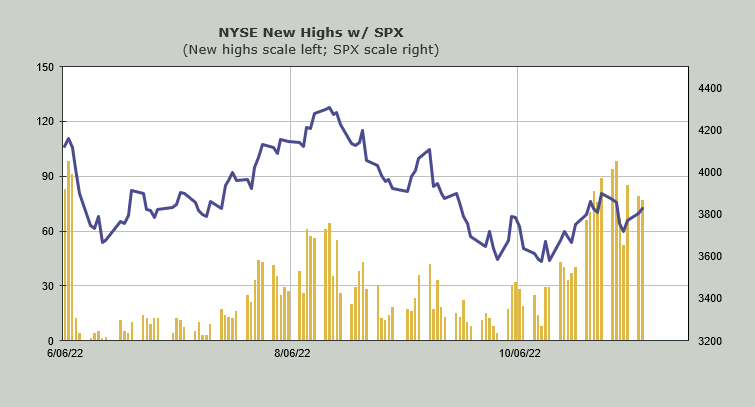 Nasdaq has the same issue but Nasdaq is nowhere near last week's high. The Nasdaq Hi-Lo Indicator stopped going up on Tuesday. I still think Nasdaq gets another rally before Thanksgiving, but I will keep my eyes on this indicator to see if Tuesday was just a blip. 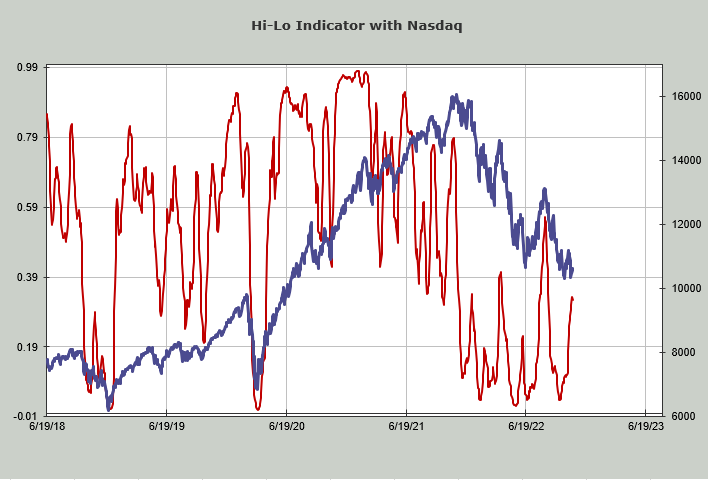 Remember for now breadth is tracking with the indexes and the McClellan Summation Index is heading higher.

On the sentiment side of things Monday's put/call ratio of .88 continued into Tuesday morning, with the reading in the low 80s. But as soon as the market swooned, that indicator shot up and ended the day at 1.16. The complacency that we saw got wiped away. It just proves everyone is skittish about the market, which is probably why it should continue to be volatile and choppy.

Get an email alert each time I write an article for Real Money. Click the "+Follow" next to my byline to this article.
TAGS: Currencies | Emerging Markets | Investing | Stocks | Technical Analysis |