Pertz said that cash isn't going away anytime soon. In fact, the total amount of cash in circulation is up 16% since the pandemic began, which is in line with other recent periods of uncertainty.

But even though Brink's is best known for its cash processing services, Pertz noted that the company's future lies in digital cash management solutions which will allow retailers to manage their cash in new ways.

Trading volume increased in November when prices broke out of their base pattern from the middle of March to the end of October. The On-Balance-Volume (OBV) line turned upward to confirm the price gains and tell us that buyers of BCO were more aggressive. The trend-following Moving Average Convergence Divergence (MACD) oscillator is turning up to a fresh outright buy signal.

In the weekly bar chart of BCO, below, we can see the price history of the past three years. The weekly price pattern could be a measured move where the first rally is repeated after a correction. The first rally was around $35 so I would be looking for BCO to reach the $105 or so on this current move to the upside -- adding $35 to the start of the move up at $70. The 40-week moving average line has a positive slope and the weekly OBV line looks like it has started a new move up from the middle of January.

The MACD oscillator narrowed as prices moved sideways but it remains bullish.

In this daily Point and Figure chart of BCO, below, we can see the recent upside breakout and a potential price target of $88. 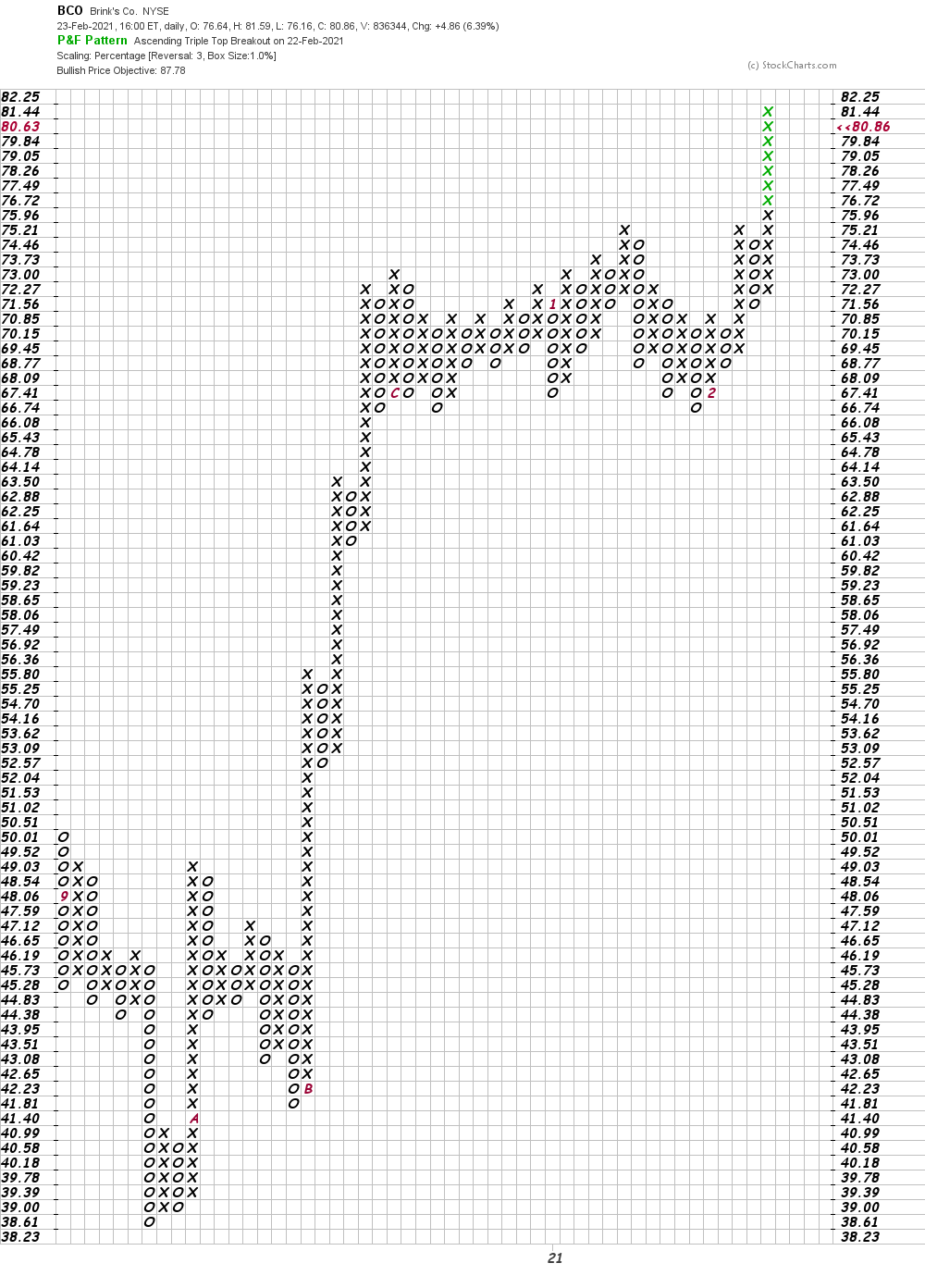 In this weekly Point and Figure chart of BCO, below, we can see that the software is projecting the $135 area as a potential longer-term price objective. 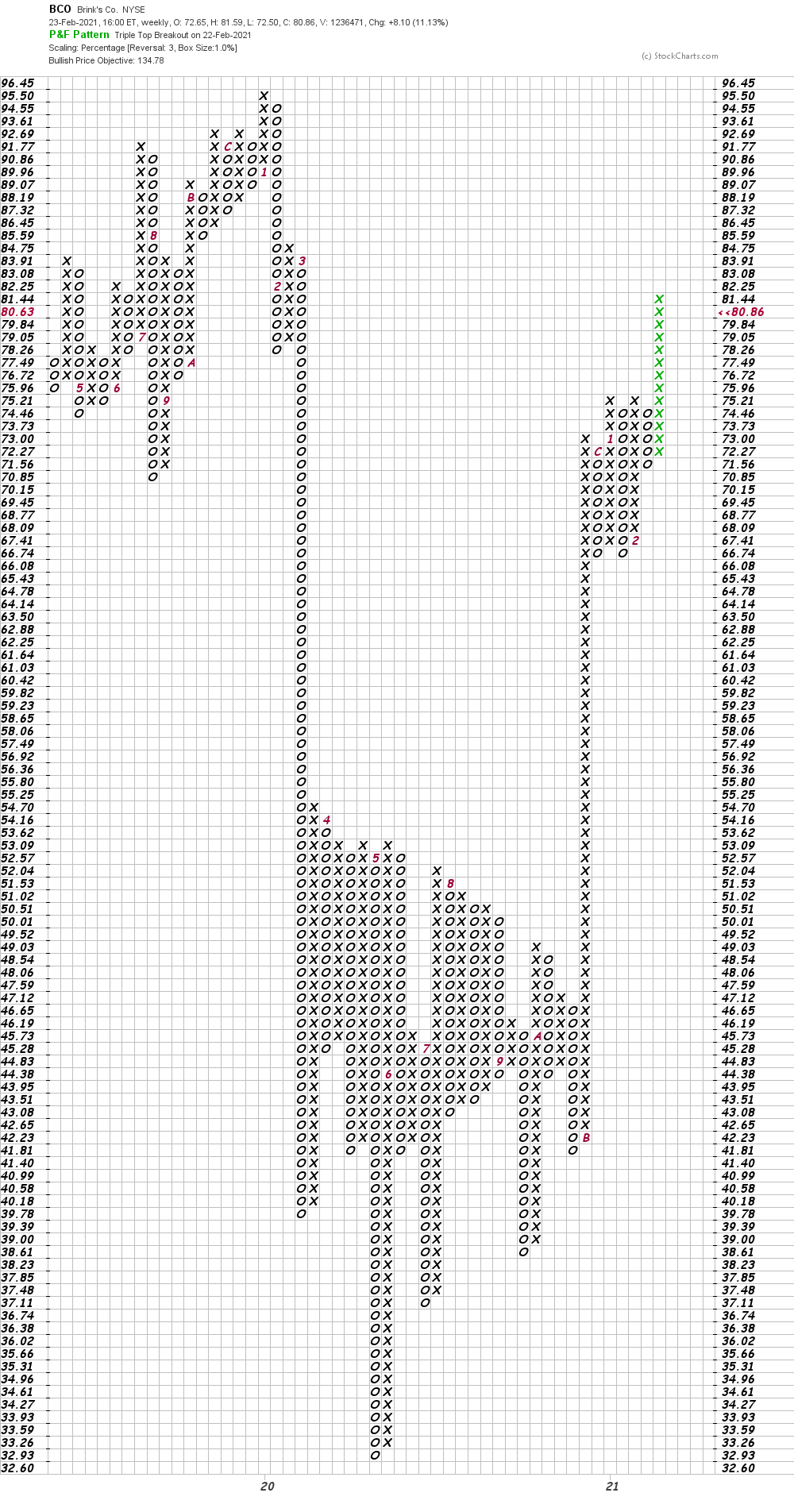 Bottom-line strategy: Traders looking to go long BCO should buy a one or two-day shallow dip and risk to $70 for now. $88 is our first price target.

Get an email alert each time I write an article for Real Money. Click the "+Follow" next to my byline to this article.
TAGS: Stocks | Technical Analysis | Financial Services | Mad Money | Executive Interview | Earnings | Investing