Brighthouse Financial Inc. (BHF) is scheduled to report its third-quarter results after the close of trading here on Monday. Let's pay a visit to the charts and indicators of the seller of annuities and life insurance to see what they may reveal.

In this daily bar chart of BHF, below, we can see a low in June/July and then a rally into August followed by a pullback/correction into late September. BHF has recently rallied into early November. Prices are above the rising 50-day moving average line and above the bottoming 200-day moving average line. Trading volume increased in June/July but has been uneven the rest of the year. The On-Balance-Volume (OBV) line has roughly moved up and down with the price action but does not show us a sustained rise and a long period of aggressive buying. The Moving Average Convergence Divergence (MACD) oscillator is well above the zero line but narrowing toward a possible take profit sell signal.

In this weekly Japanese candlestick chart of BHF, below, we can see a generally positive picture. Prices made a strong advance in 2020 and 2021 and then a large consolidation pattern the past 12 months. A clear breakout over $60 should precipitate further gains. Prices are above the bottoming 40-week moving average line. The weekly OBV line has been steady since March. The MACD oscillator has just moved above the zero line in a new outright buy signal.

In this daily Point and Figure chart of BHF, below, we can see a price target in the $59 area. 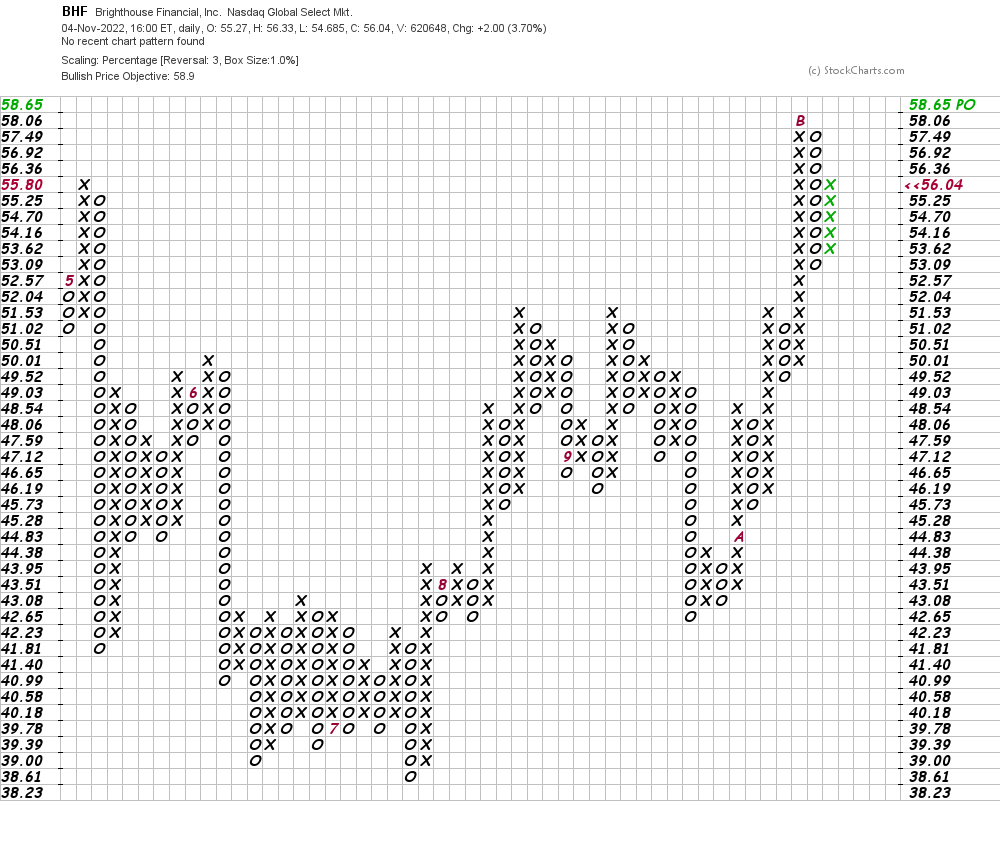 In this weekly Point and Figure chart of BHF, below, we can see a potential price target in the $88 area. 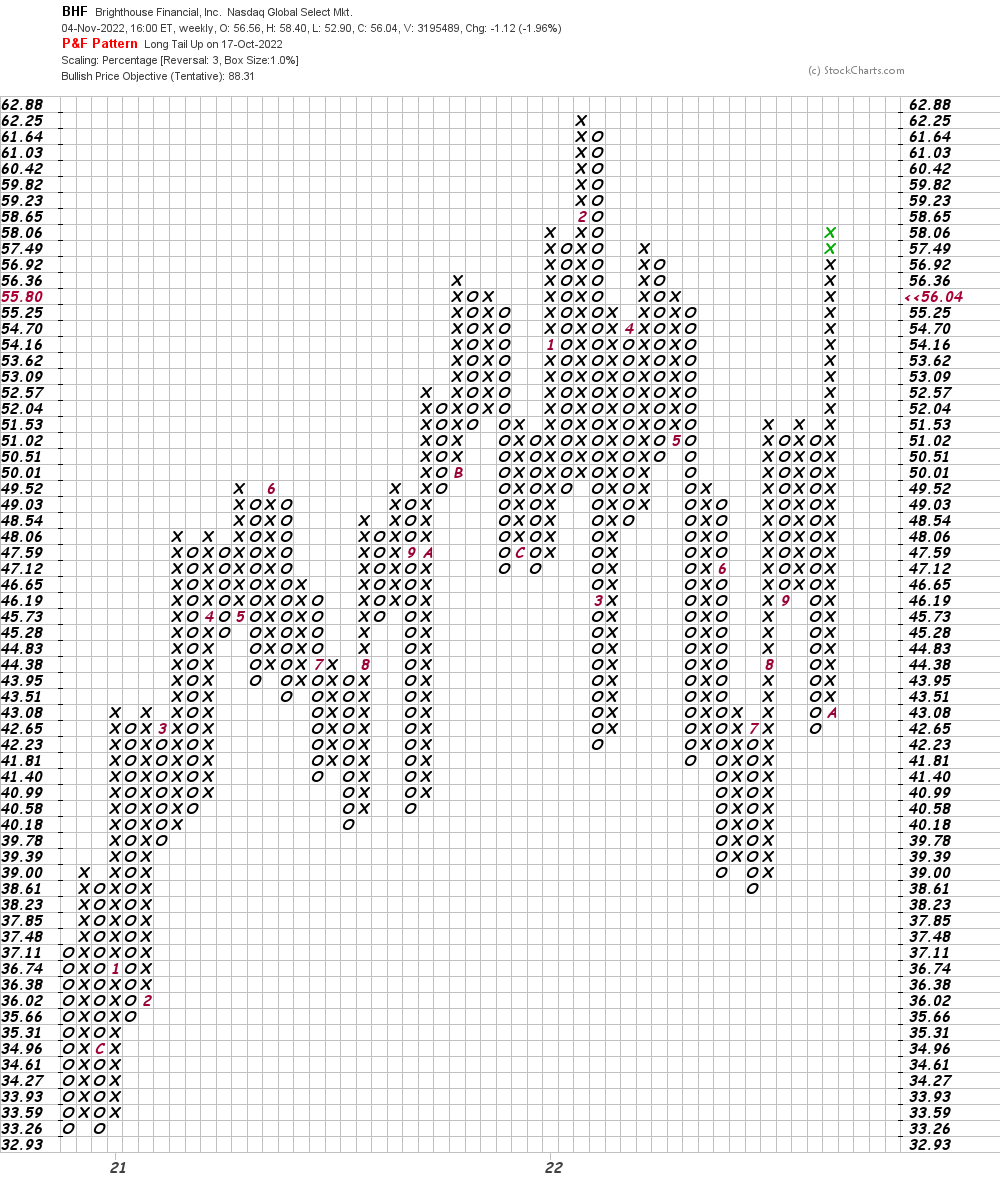 Bottom line strategy: Overall the charts and indicators of BHF are bullish, but from a strategy standpoint I don't want to be a buyer just ahead of earnings. BHF could trade sideways for a while before rallying further, or it could correct lower. The safest trade, in my opinion, will be to wait for a breakout over $62 before going long. Target $88.
Get an email alert each time I write an article for Real Money. Click the "+Follow" next to my byline to this article.
TAGS: Investing | Stocks | Technical Analysis | Financial Services | Real Money | Earnings Preview