Global energy giant BP Plc.  (BP) has set goals of reaching net-zero emissions from its own oil and gas operations and production by 2050 and cutting in half the carbon intensity of all the products it sells. "The world's carbon budget is finite and running out fast; we need a rapid transition to net zero," says new CEO Bernard Looney.

BP also unveiled a major reorganization, dismantling the traditional model of an oil and gas production unit and a refining, trading and marketing unit. These changes will likely take years to implement and bear fruit, so how does an analyst or an investor discount this back to today? Let's examine a bunch of charts to see what this could mean for our Stock of the Day at Real Money.

In this daily bar chart of BP, below, we can see that prices have been under selling pressure for much of the past year. Prices have been attracting some buying interest around $36, but that support may not last for much longer as our favorite indicators are weak. Prices are trading below the declining 50-day moving average line as well as the declining 200-day moving average line.

The trading volume has been heavy since July and the daily On-Balance-Volume (OBV) line has been in a downtrend since April, telling us that sellers of BP have been more aggressive for a long time. The Moving Average Convergence Divergence (MACD) oscillator is bearish and has spent much of the time since May below the zero line.

In this weekly bar chart of BP, below, we can see that prices have been working lower and lower since they peaked back in the early part of 2018. Prices are below the declining 40-week moving average line and not extended below the line. The weekly OBV line turned lower from June 2018 and tells us that sellers of BP have been more aggressive, with heavier volume numbers seen in the weeks when the stock has closed lower. The MACD oscillator has been in bearish territory below the zero line for a while now and this indicator has crossed to the downside for a fresh sell signal.

In this first Point and Figure chart of BP, below, we plotted daily percentage changes in price to generate the chart. A potential downside price target around $31 is projected. 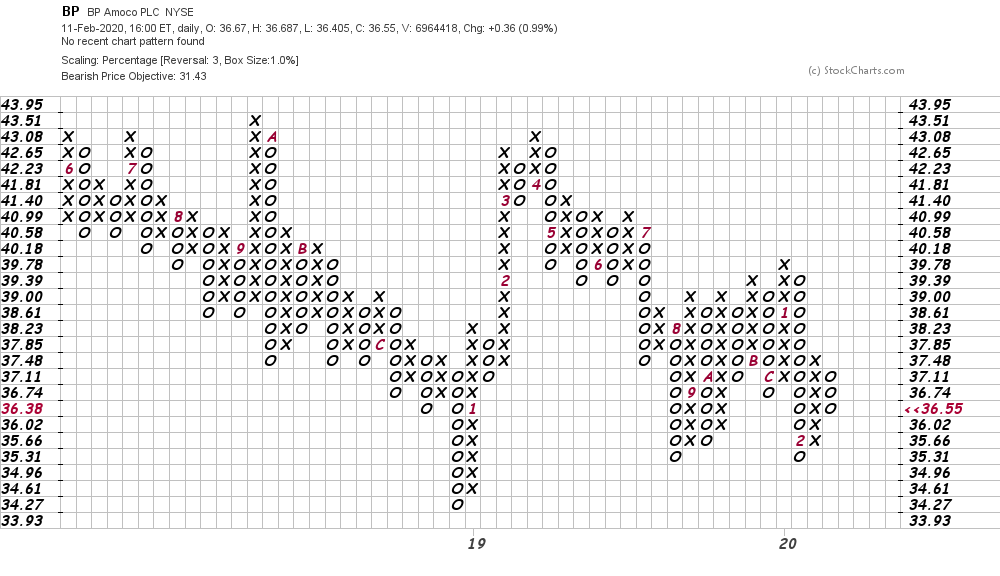 In this second Point and Figure chart of BP, below, we used weekly close-only data and a traditional scaling method to generate the X's and O's. Here a potential downside price target of $29 is projected. 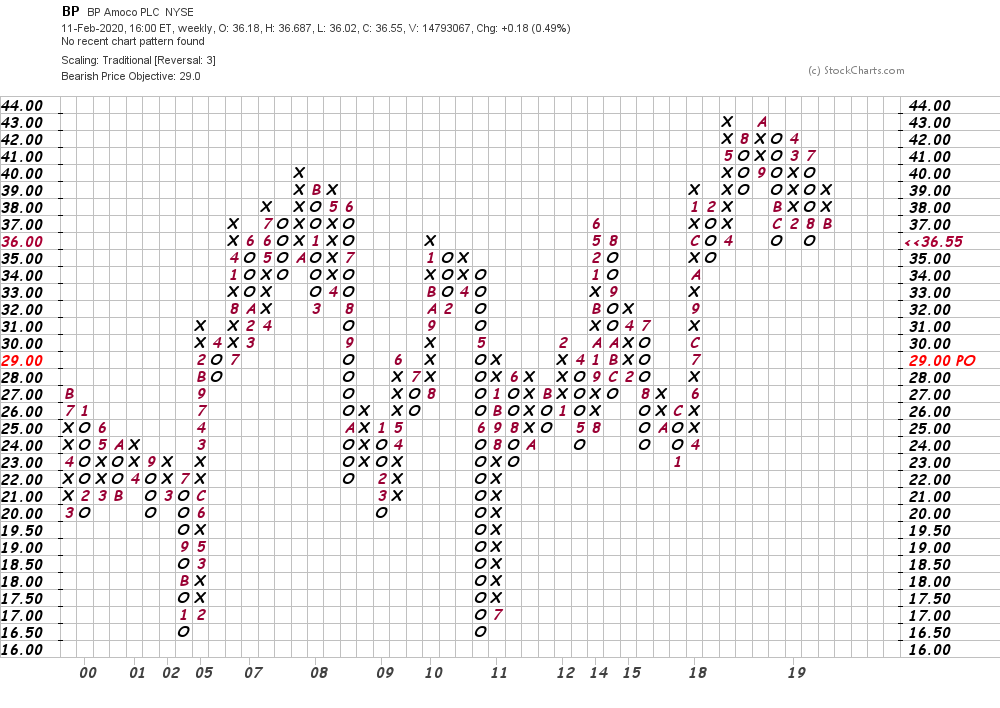 In this third Point and Figure chart of BP, below, we used weekly high/low data and a traditional scaling method. Here a potential longer-term price target of $48 is shown. 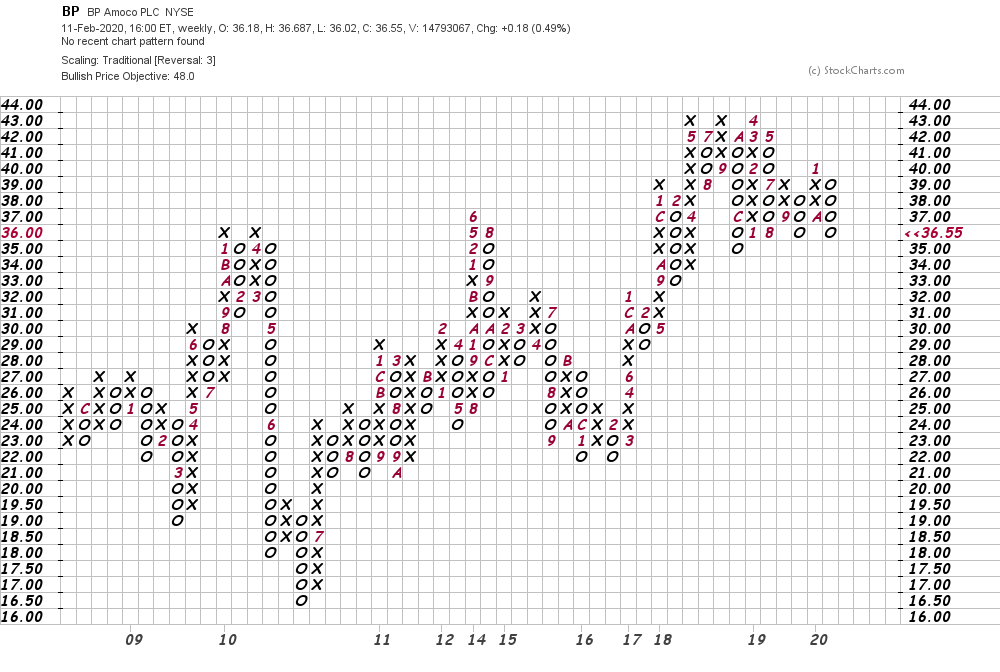 Bottom line strategy: I wonder if Larry Fink and Robert Kapito will be happy with BP's announcement. The problem with long-range plans is that they are long range and their effects will be spread out over the years. Meanwhile, BP is in a downtrend and could fall further.

Get an email alert each time I write an article for Real Money. Click the "+Follow" next to my byline to this article.
TAGS: Investing | Stocks | Technical Analysis | Energy | Renewable energy | Natural Gas | Real Money | Stock of the Day

The CPI jumps an eye-popping 4.2%, but a lot of noise is included in that number.