Investors are reacting to the news that for the first time in 21 months, Boeing's (BA) 737 MAX on Tuesday will fly paying passengers in the U.S. via an American Airlines  (AAL) flight between Miami and New York. Will this alter the direction of Boeing shares?

In our last review of Boeing (BA) on Dec. 17 we wrote that, "The broader stock market averages remain strong but various sentiment readings and some anecdotal things make me very nervous. BA could make one more "jiggle" lower toward the Point and Figure target of $214, however, I would not rule out spillover buying if the broader market soars higher. Strength above $241 could mean the correction is over. Stay nimble."

In the updated Japanese candlestick chart of BA, below, we can see a mixed picture with the price action and our favorite indicators. The shares have rallied since early November but then pulled back this month. BA remains above the rising 50-day moving average line and above the bottoming 200-day moving average line. We can see a bullish golden cross of these two indicators at the end of November/beginning of December.

The On-Balance-Volume (OBV) line turned lower in December, telling us that sellers of BA were more aggressive but the OBV line looks like it has stabilized in recent days. The Moving Average Convergence Divergence (MACD) oscillator is in a take profits sell mode and pointed down toward the zero line.

In this daily Point and Figure chart of BA, below, we can see that the shares meet their downside price target but the chart has not (yet) strengthened enough to generate a bullish price target. 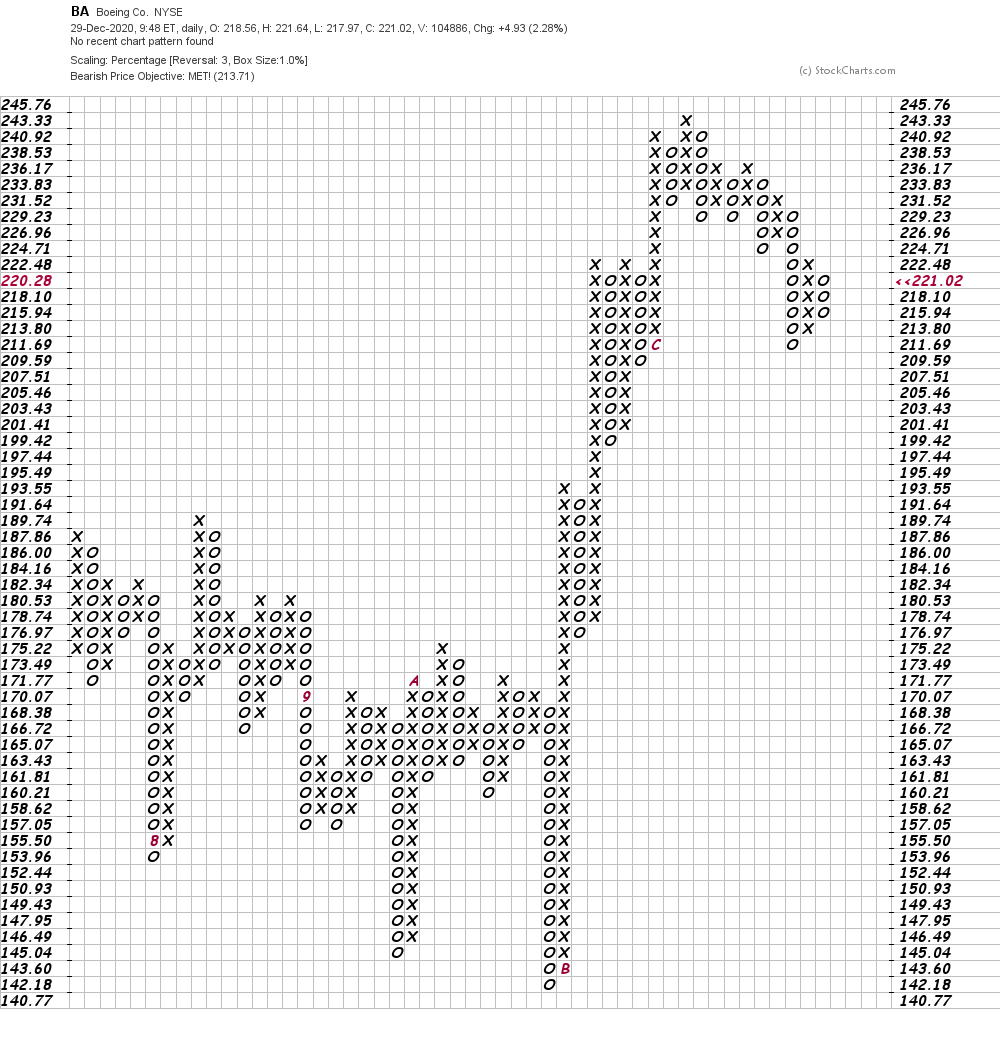 Bottom-line strategy: As a loyal American Airlines customer I have taken notice of the news Tuesday but as a technical analyst I am not yet impressed with the price action.

Get an email alert each time I write an article for Real Money. Click the "+Follow" next to my byline to this article.
TAGS: Investing | Stocks | Technical Analysis | Airlines