Shares of BlackRock (BLK) were trading lower in the premarket Friday on the heels of an EPS miss and "in-line" revenue numbers, but they actually opened higher.

In our April 12 review of BLK we recommended "... that traders continue to avoid the long side of BLK. We could see a much better buying opportunity later in the year."

The share price of BLK is lower than it was in mid-April so we have steered you in the right direction. Let's check the charts and indicators again.

The On-Balance-Volume (OBV) line made a low in late April/early May and improved into early June before some recent softness. The trading volume has dried up in the past few weeks and that can be a positive sign as traders are not pressing the downside.

The 12-day price momentum study shows higher lows from late April even though prices have made lower lows. This difference is a bullish divergence and tells us that the pace of the decline has slowed. Bullish divergences can at times foreshadow rallies.

In the weekly Japanese candlestick chart of BLK, below, we see a mixed picture. Prices are in a downtrend and trade below the declining 40-week moving average line. The shares have corrected roughly 50% of the prior rally so this becomes an area where longer-term investors can become "interested" in a stock.
The weekly OBV line has turned sideways for the past three months suggesting a balance between bulls and bears. The 12-week momentum study shows improvement from March and that tells us that the pace of the decline has slowed.

In this daily Point and Figure chart of BLK, below, we can see a potential downside price target in the $541 area. A trade at $630 should improve the picture. 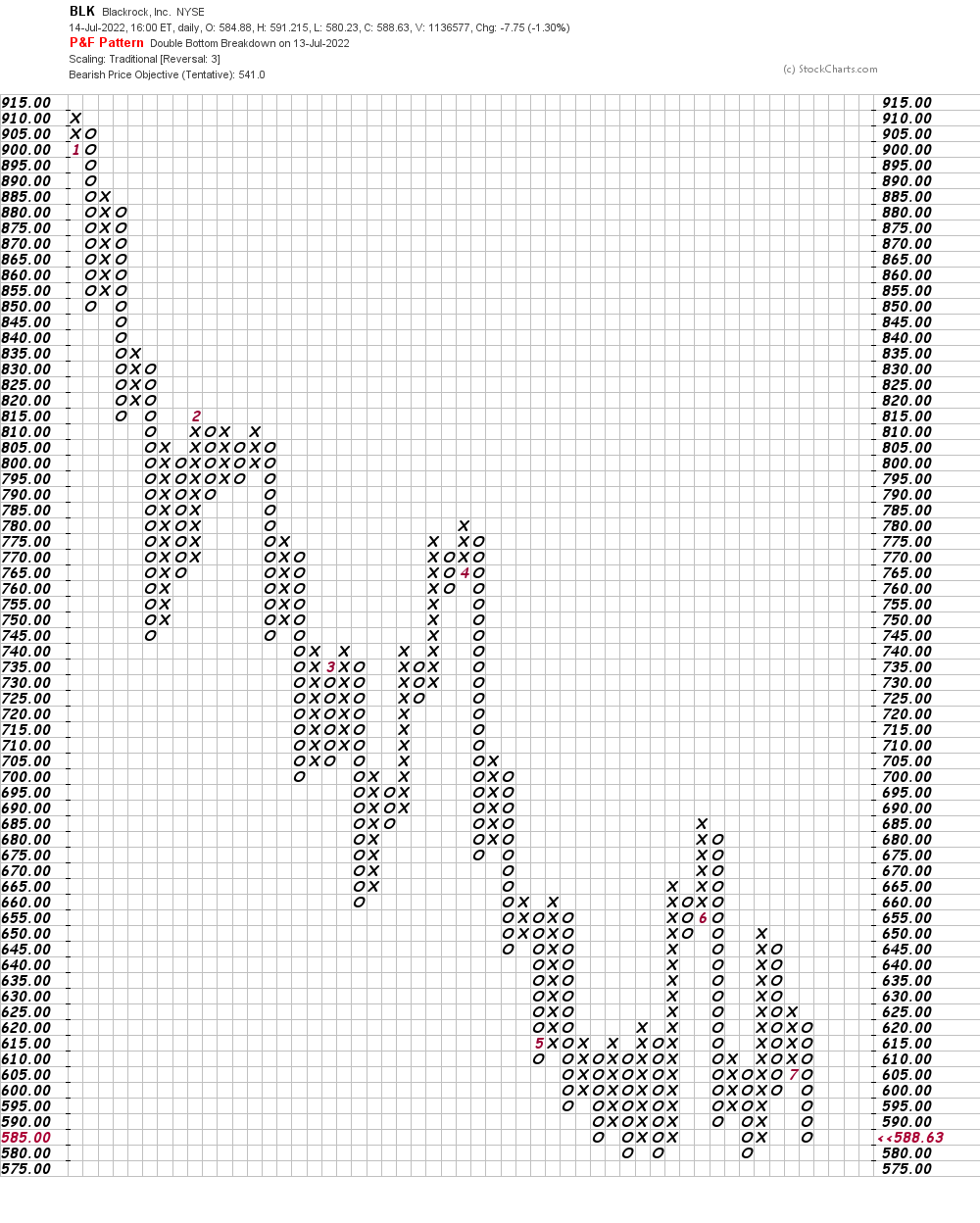 In this weekly Point and Figure chart of BLK, below, a price target of $576 is shown -- not too terrible. 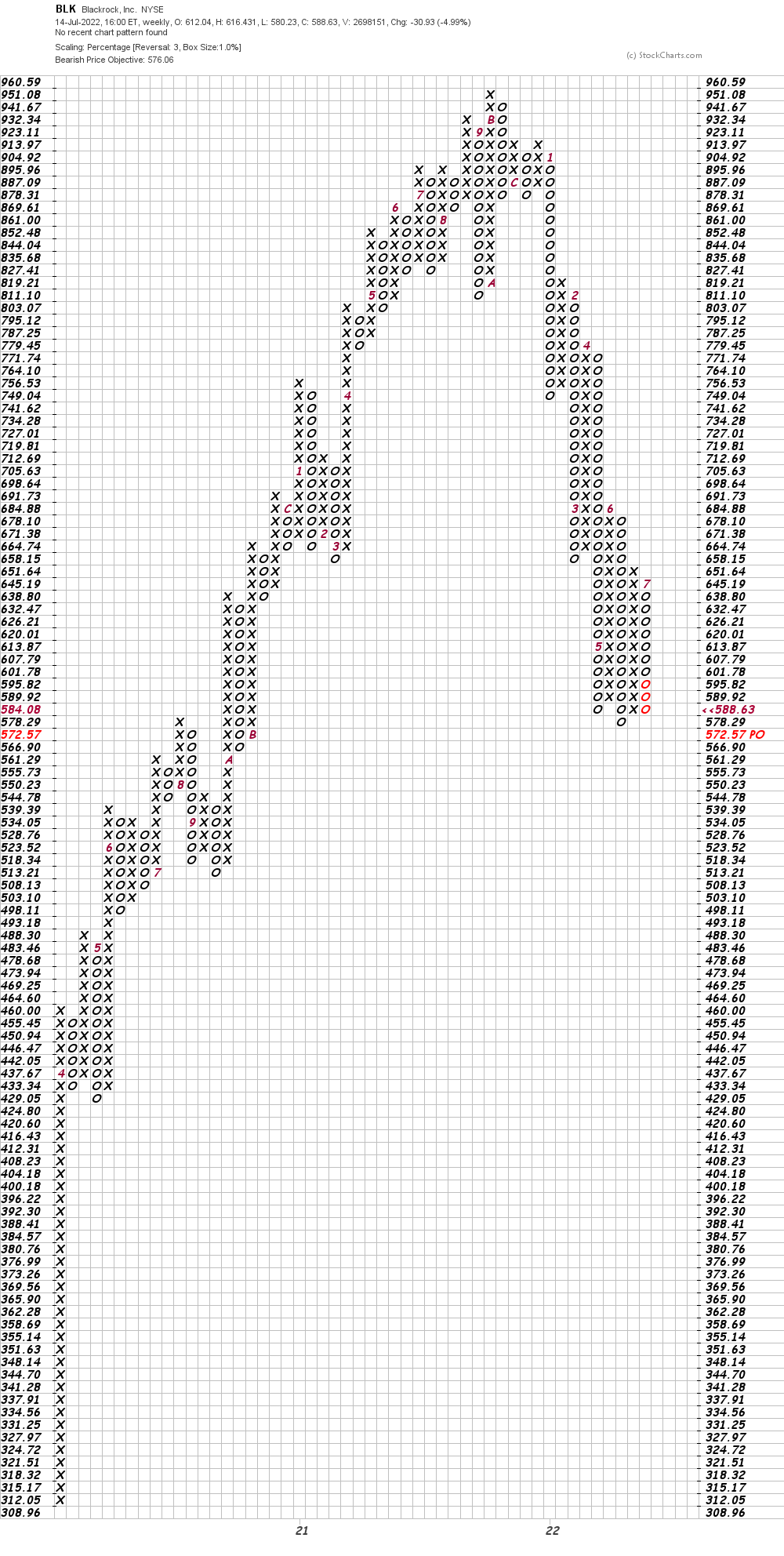 Bottom-line strategy: BLK looks "played out" on the downside and a bounce looks possible. Traders could probe the long side of BLK on a weekly close above $620.
Get an email alert each time I write an article for Real Money. Click the "+Follow" next to my byline to this article.
TAGS: Earnings | ETFs | Investing | Stocks | Technical Analysis | Financial Services | ESG Investing