BlackRock Inc. (BLK) shares were given a new overweight (buy) rating by a major sell-side firm here on Thursday, but embattled CEO Larry Fink may need more help from the charts in the weeks ahead. In my Oct. 10 review of BLK I was too bearish ahead of earnings, so let's review the charts and indicators of BlackRock again.

In this daily bar chart of BLK, below, I see a mixed picture. Prices have been making a bottom of sorts in recent months. I suggest that the low in October may be a head of a bottoming process unfolding from May. BLK rallied swiftly from October to November without a retest of the October nadir. Maybe now is the time for a pullback or retest move. BLK looks like it is correcting back down to the 50-day and 200-day moving averages. The trading volume histogram is hard for me to interpret, but the daily On-Balance-Volume (OBV) line shows only a mediocre recovery from a low in October. The Moving Average Convergence Divergence (MACD) oscillator is above the zero line but it has been moving lower since the middle of November.

In this second chart of BLK, below, we changed the time frame to weekly and the charting technique to Japanese candlesticks. Here I see a mixed chart picture. Prices show us a bottom reversal pattern (hammer) in October but a top reversal pattern (harami) in early November. Trading volume failed to expand on the rally from the October low and that is not a positive. The weekly OBV line is still in decline from October 2021. The MACD oscillator is trying to cross the zero line but the two moving averages that make up this indicator are narrowing, telling me that the strength of the advance is fading.

In this daily Point and Figure chart of BLK, below, we can see an upside price target, but a trade at $685 or lower is likely to turn this chart from positive to negative. 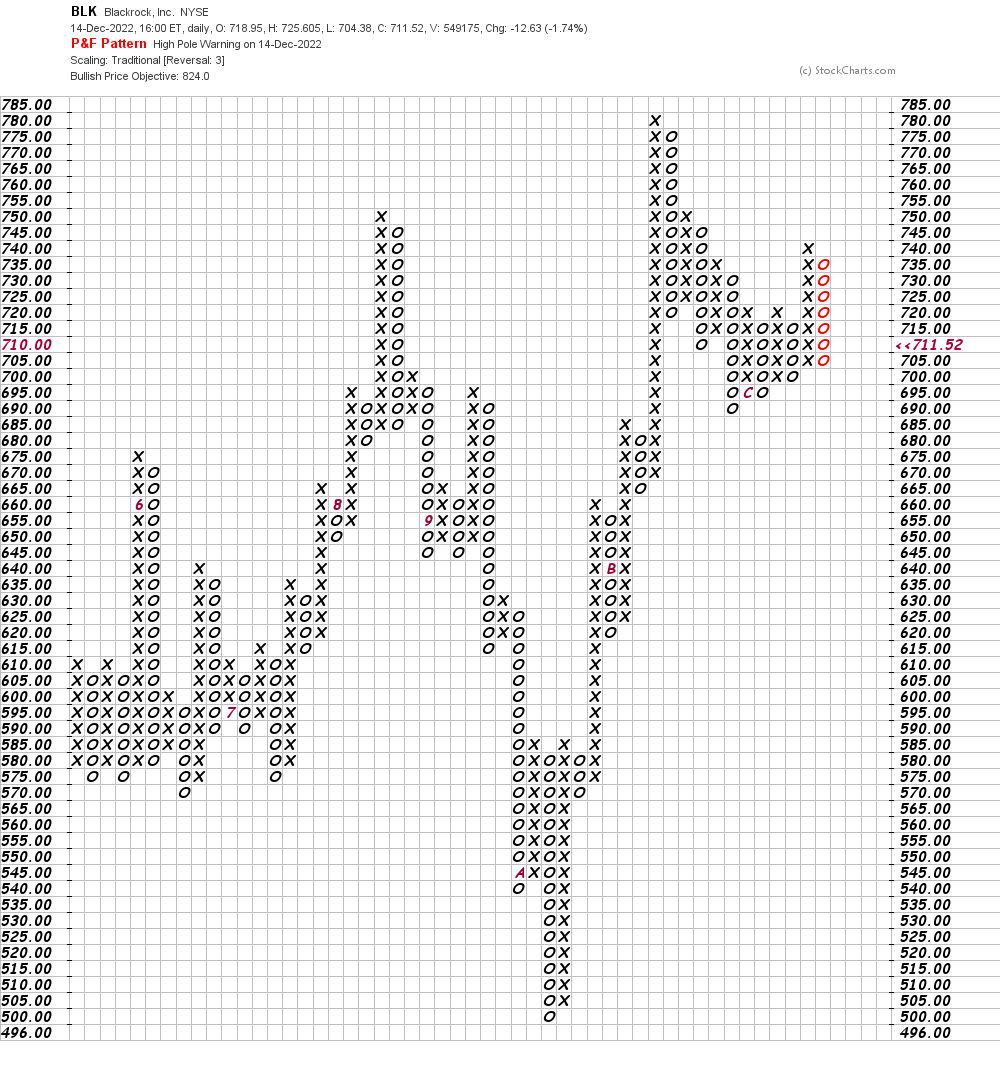 In this weekly Point and Figure chart of BLK, below, I used a five-box reversal filter and got a potential long-term price target in the $944 area. Maybe in late 2023 or 2024. A weekly trade at $685 could weaken this chart. 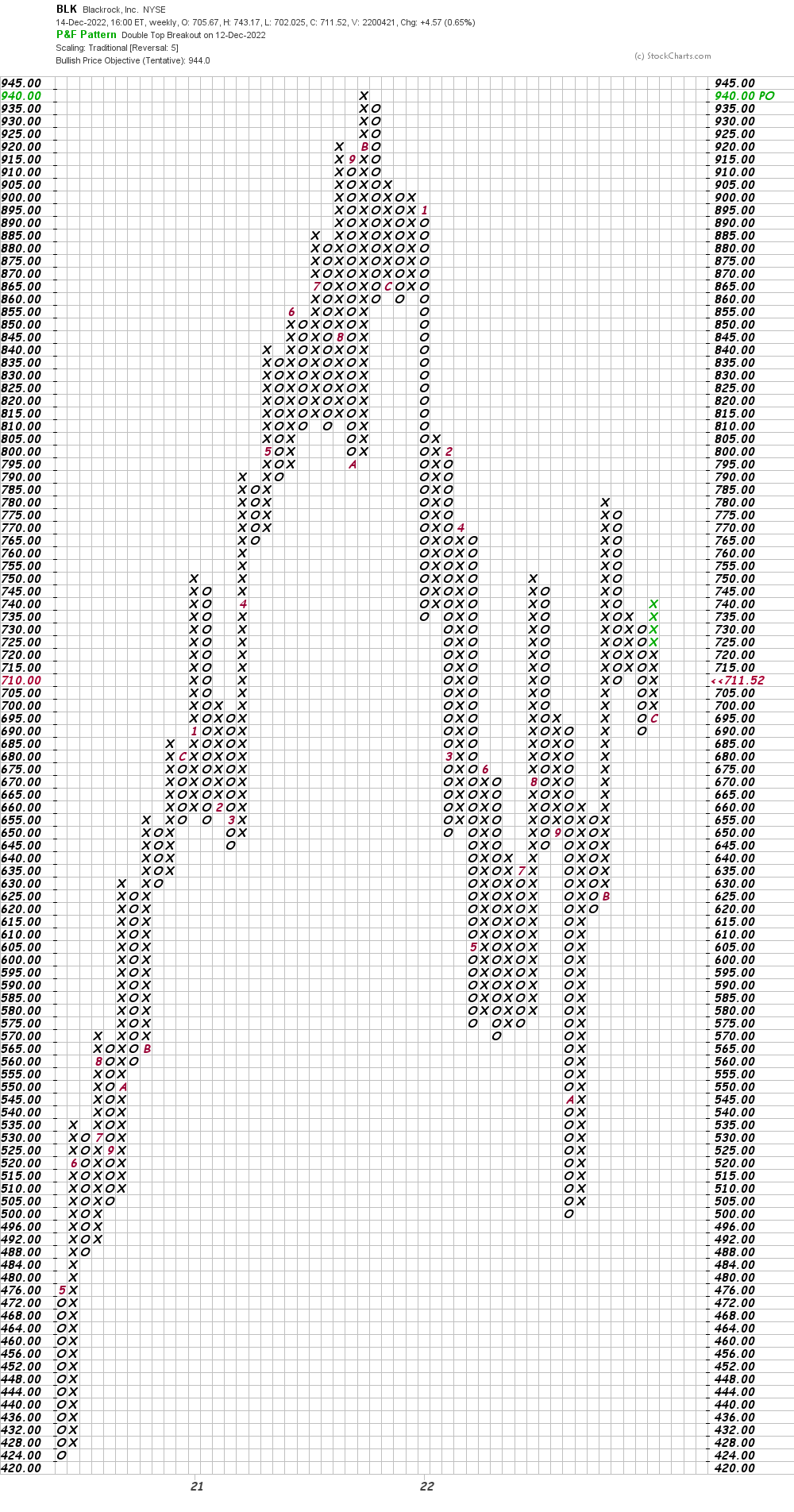 Bottom line strategy: I have met Larry Fink a couple times and I have confidence he can steer BLK in the right direction, but weakness in the broad market averages could pull shares lower in the weeks ahead. A potential low in late first-quarter 2023 could be a buying opportunity.
Get an email alert each time I write an article for Real Money. Click the "+Follow" next to my byline to this article.
TAGS: Investing | Stocks | Technical Analysis | Financial Services | Real Money | Analyst Actions | Brokerages