It has been two months since our last review of Beyond Meat (BYND) . On Dec. 10 we wrote that, "BYND has been hurt by a string of negative news headlines. Going forward we need to watch for some bearish news which prices ignore. That will be a step in the right direction."

Since the middle of December a number of sell-side analysts have recommended the stock. Let's check on what's for dinner.

In the updated daily bar chart of BYND, below, we can see that the shares have been trying to bottom out the past two months. Prices are still trading below the declining 50-day moving average line as well as the declining 200-day line.

The 12-day price momentum study shows a low in late November and a higher low in late January even as prices made lower lows. This difference is a bullish divergence and can foreshadow higher prices in the days and weeks ahead.

In the weekly Japanese candlestick chart of BYND, below, we can see some "light at the end of the tunnel." Prices are still trading below the declining 40-week moving average line. The three most recent candle patterns have small real bodies so we can call them spinning tops or doji if you prefer. Either way they suggest that there is a balance between bulls and bears.
The OBV line is still soft but the Moving Average Convergence Divergence (MACD) oscillator has narrowed and is close to a cover shorts buy signal.

In this daily Point and Figure chart of BYND, below, we can see that the software is projecting a potential upside price target in the $96 area. 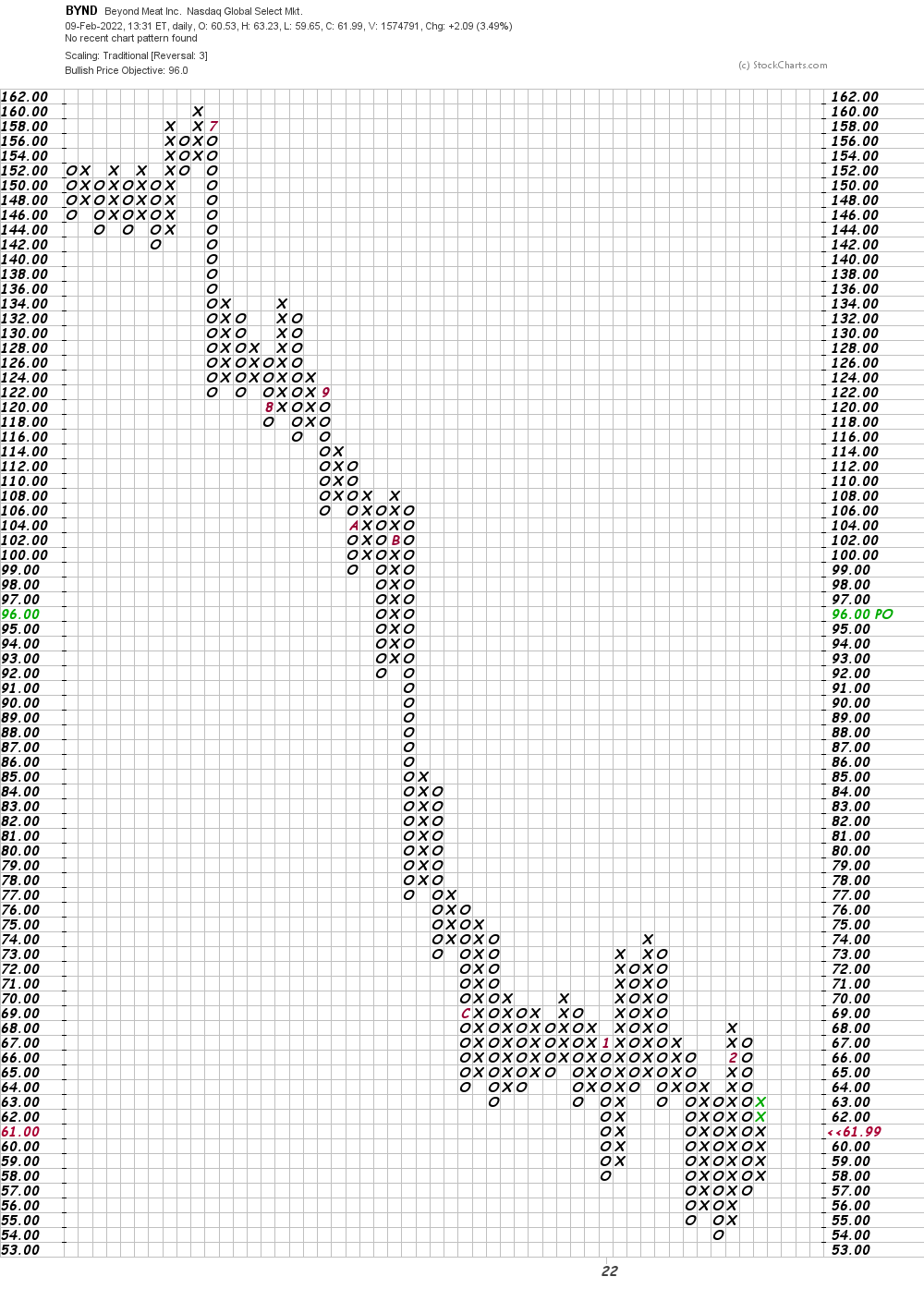 In this weekly Point and Figure chart of BYND, below, we can now see an even lower price target than in December. Here the target drops to $34. 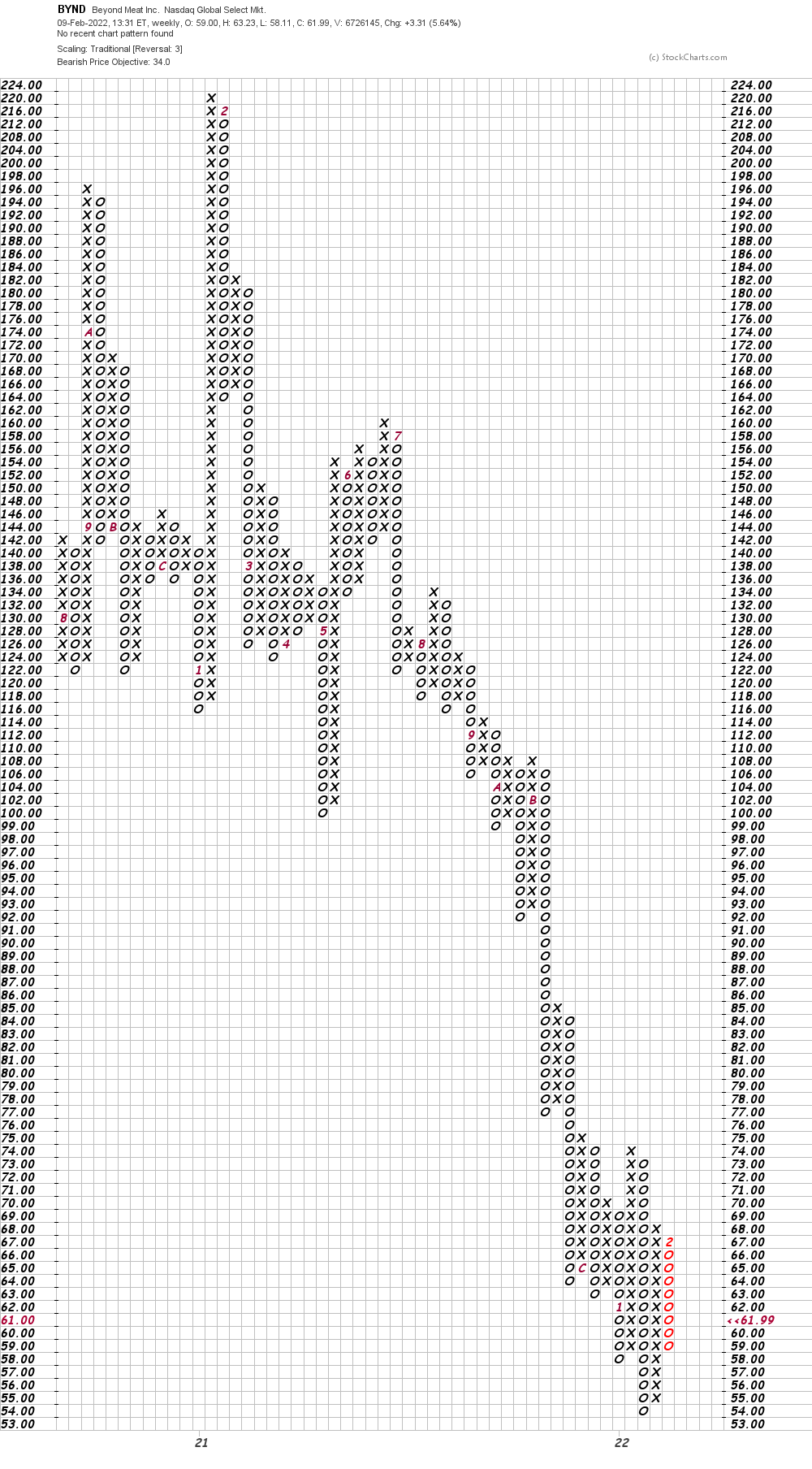 Bottom-line strategy: I do not regularly monitor the short interest in stocks but I took a few seconds to check on the position of BYND. This could be the spark that generates a rally in the near term. Aggressive traders could go long BYND at current levels if they can risk to $51. A trade back up into the $80-$90 area is possible.
Get an email alert each time I write an article for Real Money. Click the "+Follow" next to my byline to this article.
TAGS: Investing | Stocks | Technical Analysis | Food & Staples Retail