It's not surprising that markets have turned lower. What is surprising is that the July rally occurred in the first place.

In late July, I wrote that overly bullish investors were underestimating Fed Chairman Jerome Powell's resolve to defeat inflation. Since Powell's speech on Friday at Jackson Hole, the market seems more tuned in to reality.

Now, it seems clear that the Fed will continue to raise interest rates. The bigger change in expectations involves the Fed keeping rates elevated until inflation is under control.

We've been taking a defensive stance since February. During the first half, this helped us to outperform the falling indexes. This stance was entirely based on technical analysis, the study of chart patterns.

But because we missed the July rally, we have underperformed thus far during the second half. We even turned somewhat bullish a few weeks ago, as the S&P 500 climbed above the key resistance level of 4177.

But after the turmoil of the past few trading days, the large-cap index has once again slipped below that level. As a result, we're closing our recently-opened long position in U.S. Steel (X) . The fact that we're able to get out of this position with a small profit in a tumultuous market is pure luck. 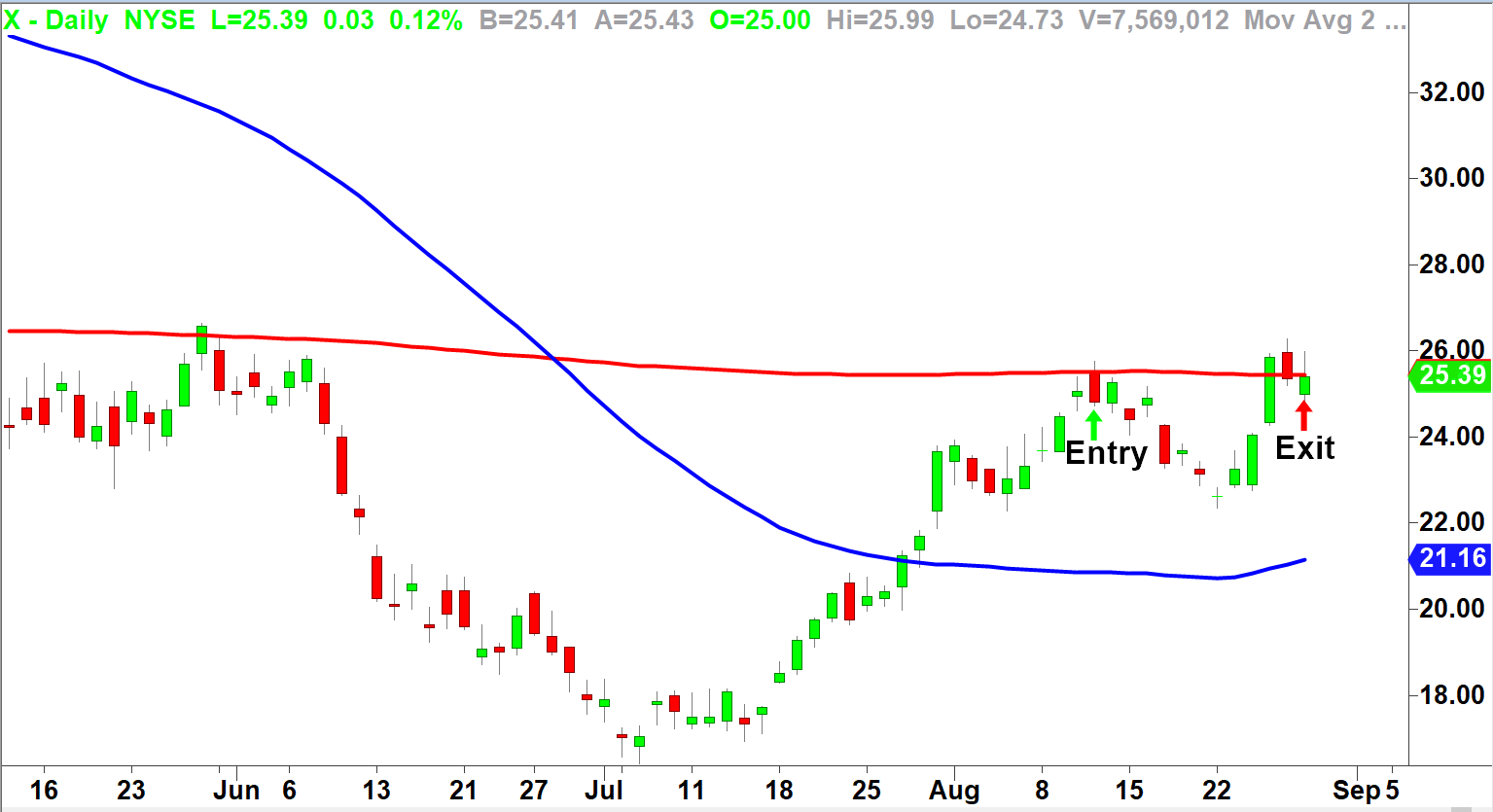 We are also closing the remaining portion of our long trade in World Wrestling Entertainment (WWE) . We were fortunate to get a quick pop out of this trade, apparently due to the resignation of former CEO Vince McMahon. Again, this was a somewhat lucky trade, so I'll count my blessings and move on. 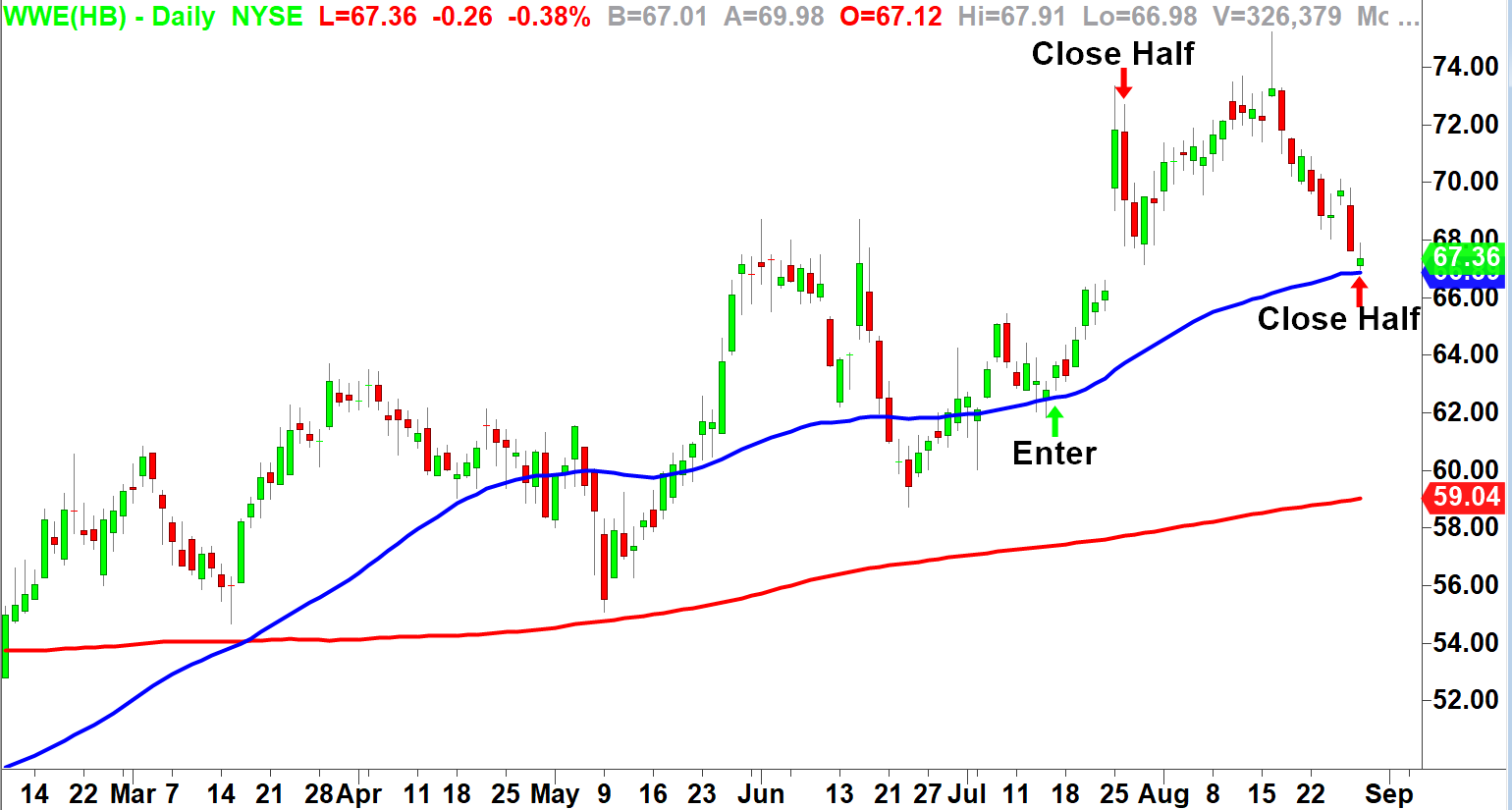 In addition, I'm closing my recent buy of Target (TGT)  for a small loss. This stock did break out as anticipated (green arrow), but the rally quickly faded, so we're closing the trade (red arrow). 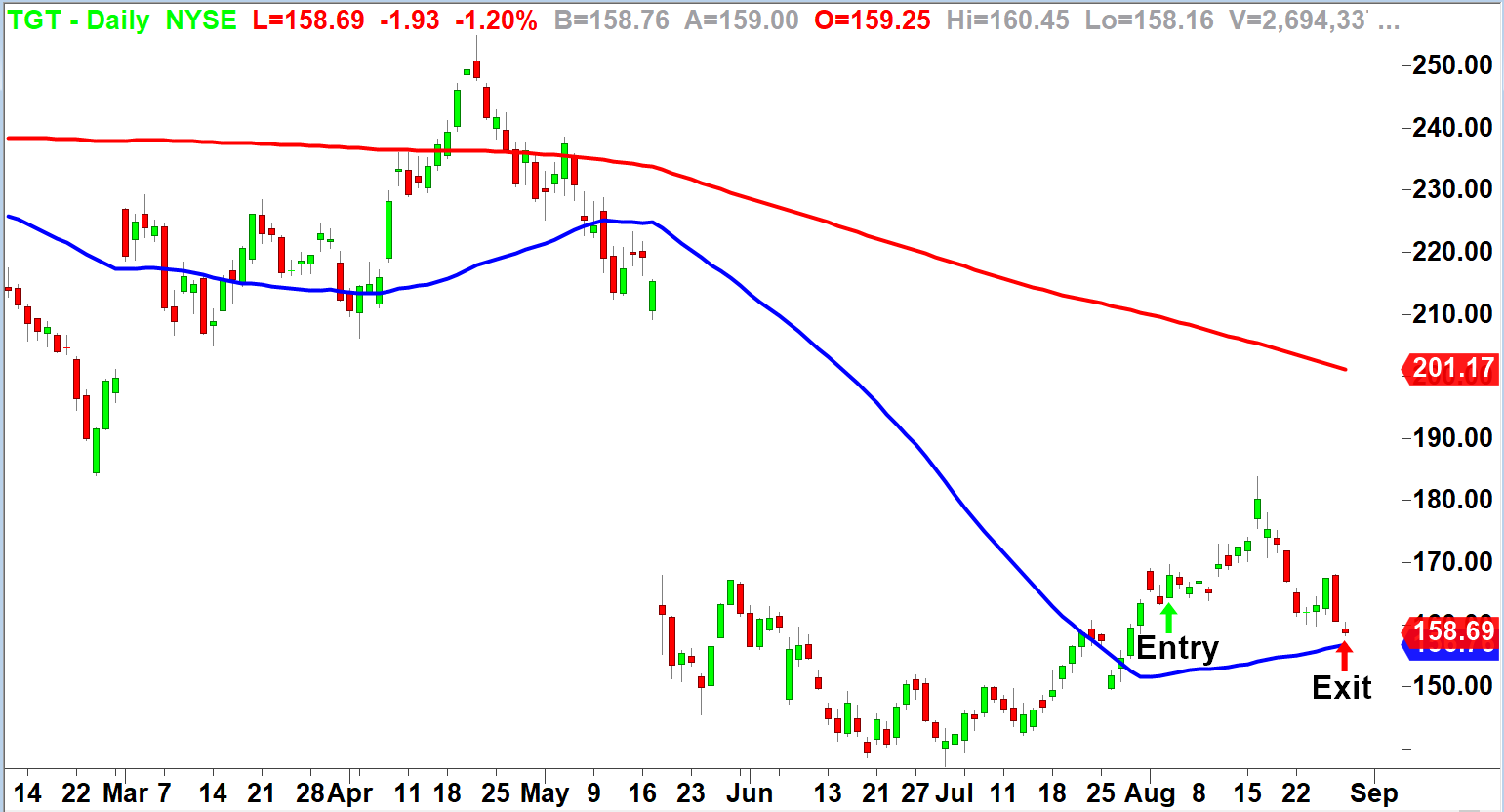 Why am I closing three long positions here? Let's take a look at the daily chart of the S&P 500.

The July rally has morphed into an August head-and-shoulders pattern. This bearish formation suggests that the path of least resistance for the market is lower. 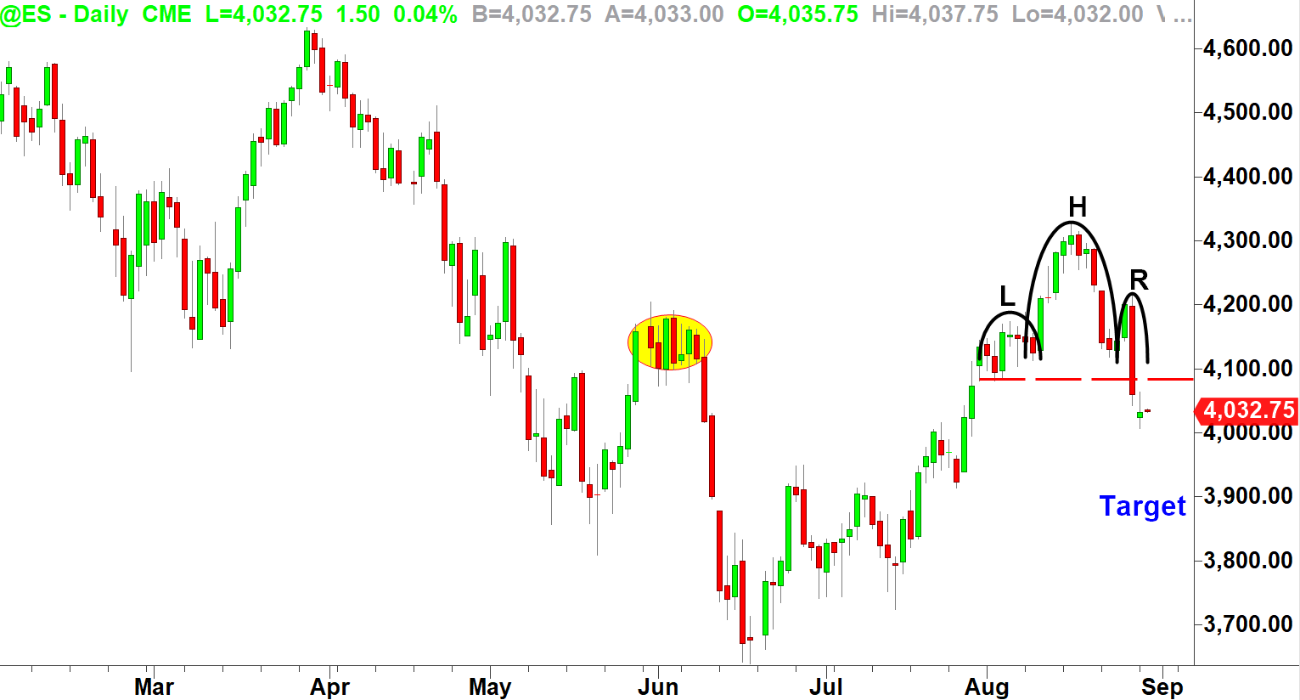 This is a fairly small formation, but it suggests a target price of just under 3900 for the S&P 500. One thing is certain; most traders who bought the breakout above the cluster of resistance near 4177 (shaded yellow) are currently underwater on those trades. This could result in additional selling pressure.

Bottom line: It's not much fun being cautious, but it's better than getting clipped.

Get an email alert each time I write an article for Real Money. Click the "+Follow" next to my byline to this article.
TAGS: Options | Stocks | Investing