My inbox was filled on Thursday with, "Why did we rally so much in the afternoon?"

I can honestly tell you, I have no idea. I can also tell you that by midday, the selling had dried up.

But let's talk about the positives from Thursday first. The big one is that the reversal did not leave the down-and-outers in the dust. Oil stocks rallied. Cyclicals rallied. Banks rallied. In fact, banks were green while we were still at the lows. These were the groups that couldn't find a friend for most of January. That's why this is a change and a positive.

Another positive was the American Association of Individual Investors (AAII). You see, it seems last Friday and Monday scared them enough to take the newfound bulls down by nearly 14 points and the bears up by 12. I grant you that 32%, the bulls are not extreme, but it is the lowest we have seen in weeks. Therefore I would say it may not have caused panic, but it certainly shook the complacency out. 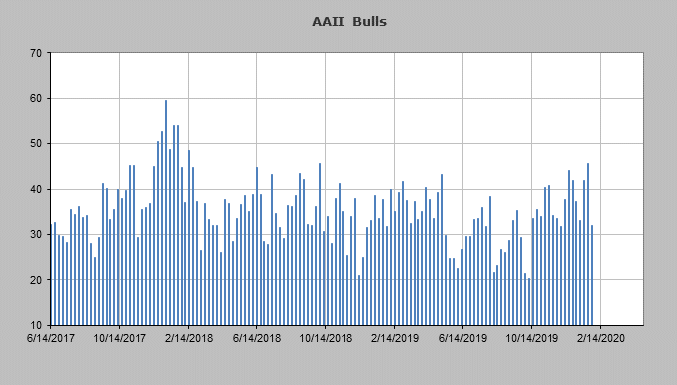 When it comes to the bears I like the four-week moving average that bottomed two weeks ago and this week's jump to 37% bears has pushed the moving average up nicely. As you can see, a reading closer to the 40s is extreme, but it is moving in the right direction. 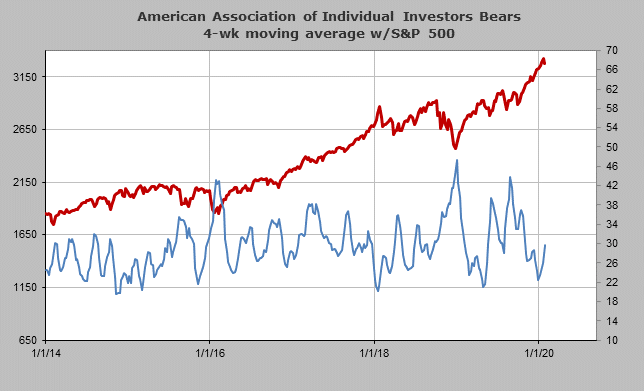 In addition, the yield on the 10-year Note didn't quite get to 1.50% on a closing basis, but it is closing in on it, which is the measured target area. Notice that bond yields started heading down right around the time that all the cyclical stocks and banks started heading down.

As for breadth, it came back from solidly red to a little green. At +125 it was unimpressive for a day the S&P added 10 points, but it could have been worse since it could have closed red. It hasn't helped any of the breadth indicators except that the Oscillator is getting a bit oversold now.

Yet the number of stocks making new lows expanded somewhat even though the S&P did not make a lower low. The 10-day moving average continues to rise. The PHLX Semiconductor Sector SOX continues to underperform the Nasdaq, as did the Russell 2000 relative to the big caps.

I am also baffled that the put/call ratio does not rise. I am not sure I have ever seen a market where it hasn't gone up, even intraday. This means the 10-day moving average remains quite low.

Even for exchange-traded funds the moving average is quite low.

My best guess is that we are in for a few weeks of ups and down. I do not expect a sharp rise with non-stop up from here. Yes I know I have said that before and been wrong, but the indicators really are in a different place. The best thing we can say is that some of the complacency has been wrung out based on the two sentiment surveys.

Get an email alert each time I write an article for Real Money. Click the "+Follow" next to my byline to this article.
TAGS: Investing | Small Cap | Stocks | Technical Analysis | Banking |